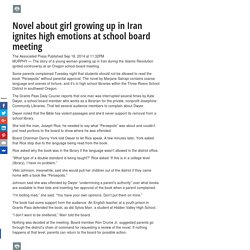 Some parents complained Tuesday night that students should not be allowed to read the book “Persepolis” without parental approval. The novel by Marjane Satrapi contains coarse language and scenes of torture, and it’s in high school libraries within the Three Rivers School District in southwest Oregon. The Grants Pass Daily Courier reports that one man was interrupted several times by Kate Dwyer, a school board member who works as a librarian for the private, nonprofit Josephine Community Libraries. That led several audience members to complain about Dwyer.

Dwyer noted that the Bible has violent passages and she’d never support its removal from a school library. She told the man, Joseph Rice, he needed to say what “Persepolis” was about and couldn’t just read portions to the board to show where he was offended. Novel about girl growing up in Iran ignites high emotions at school board meeting; 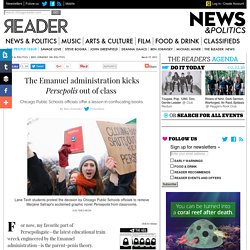 But let me back up for a second. In case you've been out of town for the last few days, the fiasco I'm referring to is the one in which Chicago Public Schools officials decided to confiscate copies of Marjane Satrapi's graphic novel Persepolis from classrooms and school libraries across town. I must admit I'm a little, oh, biased in this matter, because I happen to think that Persepolis—which is about, among other things, a young Iranian woman coming of age after the Islamic revolution—is one of the greatest graphic novels ever written.

I urge everyone to run, run, run to read it. Reader Response Questions Book 1. Who Should Decide What High School Kids Are Allowed to Read? A fictional young woman from Montana is causing raised eyebrows in Southern Delaware: Earlier this summer, the heroine of Emily M. 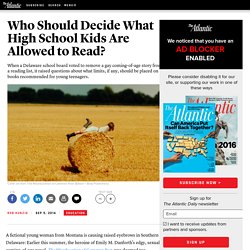 Danforth’s edgy, sexual coming-of-age novel, The Miseducation of Cameron Post, was deemed too foul-mouthed, too racy, and possibly too gay for incoming freshmen at Cape Henlopen High School. The Cape school board, citing parent complaints about the book’s liberal use of the word “fuck,” struck Cameron Post from a summer reading list, prompting both praise and outrage within the tiny coastal community.

Perhaps spooked by controversy, the board voted to restore the book—then ditch the list altogether. “The profanity is pretty extreme,” says board member Sandi Minard. “Not everything is appropriate for a high school library. Cameron Post is a bildungsroman with a twist: its eponymous character, a young girl growing up in rural Montana, is gay. “I wanted it to be a great big coming of gay-age story,” Danforth says. 11.04.02. Persepolis timeline. Using Graphic Novels in Education: Persepolis.

Welcome to Using Graphic Novels in Education, an ongoing feature from CBLDF that is designed to allay confusion around the content of banned books and to help parents and teachers raise readers. 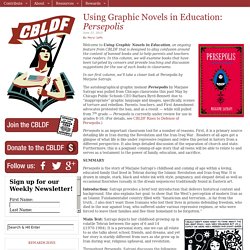 In this column, we will examine books that have been targeted by censors and provide teaching and discussion suggestions for the use of such books in classrooms. Education without Borders. Full Burqa The burqa has three parts: head-covering: ḥijābface-veil: niqābloose body-covering: jilbāb. 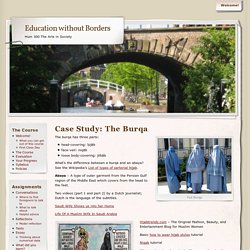 Veiling in calicut. Veiling: 2  ‘Do they make you veil?’ - OpenLearn - Open University - A332_1. After considering different styles of veiling and the terminology used to describe them, I would now like to move on to consider factors that influence why women do or do not wear veils or adopt particular veiling styles and practices. 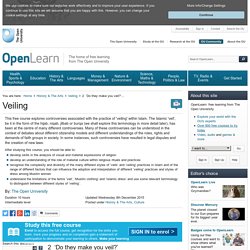 To what extent is women’s rejection or adoption of the Islamic veil (in whatever form) constrained by rules and expectations imposed on them by their families, local religious authorities, communities or governments? How much room is left for individual agency, choice and creative expression? In mainstream media and political debates in Europe and North America, the hijab, burqa and niqab in particular have frequently been associated with the oppression of women (see, for instance, Sinclair, 2012). It is often assumed that male family members force women to veil themselves. France's burqa ban upheld by human rights court. Judges at the European court of human rights (ECHR) have upheld France's burqa ban, accepting Paris's argument that it encouraged citizens to "live together". 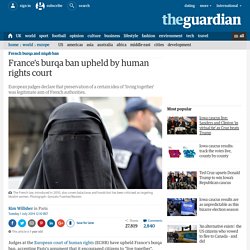 The law, introduced in 2010, makes it illegal for anyone to cover their face in a public place. While it also covers balaclavas and hoods, the ban has been criticised as targeting Muslim women. The case was brought by an unnamed 24-year-old French citizen of Pakistani origin, who wears both the burqa, covering her entire head and body, and the niqab, leaving only her eyes uncovered. She was represented by solicitors from Birmingham in the UK, who claimed the outlawing of the full-face veil was contrary to six articles of the European convention. They argued it was "inhumane and degrading, against the right of respect for family and private life, freedom of thought, conscience and religion, freedom of speech and discriminatory".

The French and Belgian laws were aimed at "helping everyone to integrate", Niedlispacher added. Case Studies - Teaching Excellence & Educational Innovation. What are case studies? 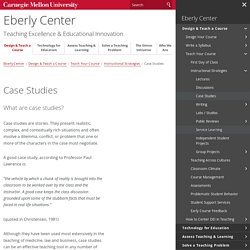