The Alterman Affordable Divorce Center is more than just an email address or telephone number and is designed to serve your needs in family law matters. We have offices in West Palm Beach and Jacksonville.

Amicable Divorce. Divorce Attorney in Florida-Alterman Divorce. Pro Se divorce means you are representing yourself in your divorce case, without an attorney. 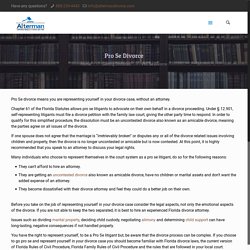 Chapter 61 of the Florida Statutes allows pro se litigants to advocate on their own behalf in a divorce proceeding. Under § 12.901, self-representing litigants must file a divorce petition with the family law court, giving the other party time to respond. Divorce Mediation Process -Alterman Divorce-Alterman Divorce. You are in a relationship with another party where the marriage has been performed in a state where same-sex marriage as well as opposite-sex marriage is recognized. 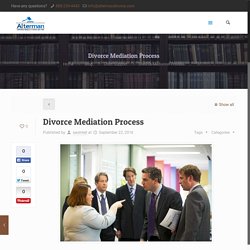 The joy of being together has long since vanished and each of you decides it’s time to terminate the marital bonds. Either before either party files a lawsuit to dissolve the marital relationship, it may be advantageous for both parties to agree on a mediator to attempt to resolve the outstanding issues that need to be addressed. A mediator is, in most domestic cases, an attorney who has devoted time and energy representing clients who want to end their marriage in one fashion or another. If the mediator can lead the parties to a final settlement, an amicable and uncontested divorce will be the reward for their efforts. The mediator is not in a position to make decisions for either party. Mediation comes with a price and mediators generally charge anywhere from $100 to $500.00 or more per hour. Men Divorce Attorney in Florida, Divorce Settlement Agreement in Broward-Alterman Divorce.

Document review by an attorney Sometimes one party does not need full legal representation because the parties appear to have reached an agreement. 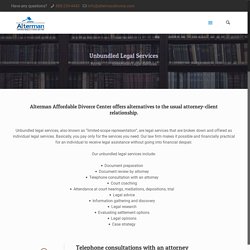 Document review, by itself, can be an affordable means of ensuring you are getting a fair deal. In many cases, both parties feel that they have reached an agreement involving an important legal issue, such as custody of a child, division of marital property, or the boundaries of a contractual relationship. In such situations, one party will often retain an attorney to draft a binding contract reflecting the agreement the parties have reached. The problem is that generally, the attorney drawing up the contract or agreement represents only one of the parties. 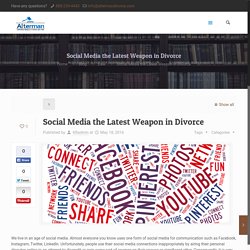 Almost everyone you know uses one form of social media for communication such as Facebook, Instagram, Twitter, LinkedIn. Unfortunately, people use their social media connections inappropriately by airing their personal disputes online in an attempt to discredit or gain some sort of revenge on their spouse or significant other. Consequently, it is very common to see people airing their marital problems on social media especially during a divorce or child custody issue. Instead of keeping their personal lives private, they turn their relationship issues into an “open book” on social media which often results in accusations (true or untrue), name calling, fighting and more than likely litigation. Sadly, these social media disputes are even more damaging when there are children involved. When parties are in litigation for issues such as divorce, child custody, child support or alimony, they should be very careful about what they post on online. What Is a Florida Military Divorce – How Is It Different? - Alterman DivorceAlterman Divorce.

Serving in the military can involve stress, long deployments, uncertainty and constant change. 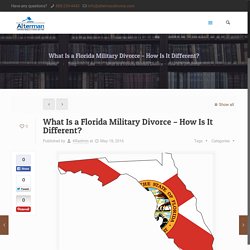 Being married while you or your spouse is in the military can put an enormous amount of strain on a marriage and quite honestly, the marriage doesn’t always work out. 7 Things You Should Know About Filing For Divorce In Florida. You’ve made the decision to file for divorce, but what does that mean in Florida? 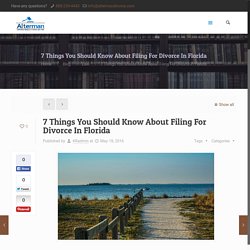 Knowing these 7 things about getting a divorce in Florida will make the process easier for you from beginning to end. 1. The First Step The first step in the Florida divorce process is to file a “Petition for Dissolution of Marriage” including the required initial documents with the Clerk of Court’s office at the courthouse. The other spouse is then served with documents by the local Sheriff’s office or by a private process server. 2.

Florida law requires an equitable, or fair, division of marital property between spouses. As a general rule, anything you or your spouse owned before getting married to each other, and any gift you were given during the marriage, not by your spouse, is considered non-marital property and therefore is not subject to division. 3. There are no exact guidelines for alimony in Florida, but the law does have certain factors a judge must consider. .  The length of the marriage; 4. 5. How is Child Support Computed in Florida? As a Florida family law attorney, the most common question I am asked by parents in paternity or divorce action is, “How much child support will I get?” 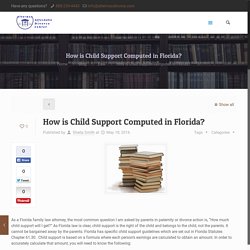 As Florida law is clear, child support is the right of the child and belongs to the child, not the parents. It cannot be bargained away by the parents. Florida has specific child support guidelines which are set out in Florida Statutes Chapter 61.30. Child support is based on a formula where each person’s earnings are calculated to obtain an amount. In order to accurately calculate that amount, you will need to know the following: Net income for each parent The first step to take when calculating Florida child support is identifying the net income of both parents. If you don’t have a pay stub or are self-employed, look at your total net income from last year’s tax return and divide the amount by 12. Calculate the cost of childcare and healthcare Compute the percentage of timesharing/overnights.