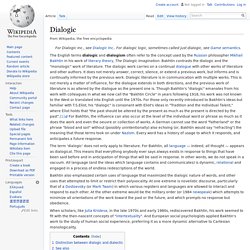 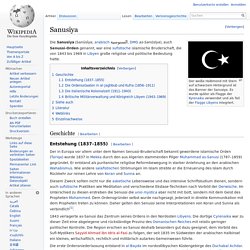 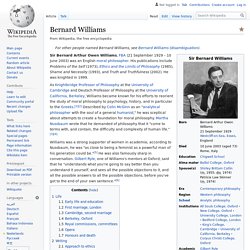 "[1] His publications include Problems of the Self (1973), Moral Luck (1981), Ethics and the Limits of Philosophy (1985), and Truth and Truthfulness (2002). He was knighted in 1999. He became known as a supporter of women in academia; the American philosopher Martha Nussbaum wrote that he was "as close to being a feminist as a powerful man of his generation could be".[5] He was also famously sharp in conversation. Oxford philosopher Gilbert Ryle once said of him that he "understands what you're going to say better than you understand it yourself, and sees all the possible objections to it, all the possible answers to all the possible objections, before you've got to the end of your sentence. Spontaneous healing equivalents. Hyper-Lexikon: L. Freeman Dhority. Global consulting for visionary leaders and organizations. William Isaacs is Founder and President of Dialogos, a leadership consulting and strategy development firm based in Cambridge, MA. 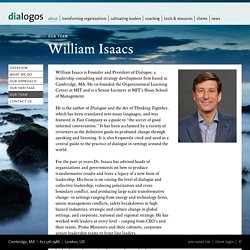 He co-founded the Organizational Learning Center at MIT and is a Senior Lecturer at MIT’s Sloan School of Management. He is the author of Dialogue and the Art of Thinking Together, which has been translated into many languages, and was featured in Fast Company as a guide to “the secret of good informal conversation.” It has been acclaimed by a variety of reviewers as the definitive guide to profound change through speaking and listening. It is also frequently cited and used as a central guide to the practice of dialogue in settings around the world. For the past 30 years Dr.

Isaacs has taught dialogue, the principles of identity based leadership, and generative change to thousands of corporate executives, development professionals, and national and policy leaders around the world. Dr. Martin Buber. In 1930, Buber became an honorary professor at the University of Frankfurt am Main, but resigned from his professorship in protest immediately after Adolf Hitler came to power in 1933. 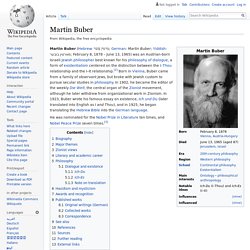 He then founded the Central Office for Jewish Adult Education, which became an increasingly important body as the German government forbade Jews to attend public education. In 1938, Buber left Germany and settled in Jerusalem, Mandate Palestine (later Israel), receiving a professorship at Hebrew University and lecturing in anthropology and introductory sociology. Buber was a direct descendent of the prominent 16th century rabbi Meir Katzenellenbogen, known as the Maharam of Padua, as was his cousin, cosmetics entrepreneur Helena Rubinstein. Karl Marx is another notable relative.[2] Buber's wife Paula died in 1958, and he died at his home in the Talbiya neighborhood of Jerusalem on June 13, 1965.

Early life[edit] David Bohm. David Joseph Bohm FRS[1] (December 20, 1917 – October 27, 1992) was an American scientist who has been described as one of the most significant theoretical physicists of the 20th century[2] and who contributed innovative and unorthodox ideas to quantum theory, neuropsychology and the philosophy of mind. 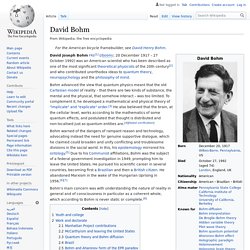 Bohm warned of the dangers of rampant reason and technology, advocating instead the need for genuine supportive dialogue which he claimed could broaden and unify conflicting and troublesome divisions in the social world. In this his epistemology mirrored his ontological viewpoint.[5] Due to his youthful Communist affiliations, Bohm was targeted during the McCarthy era, prompting him to leave the United States. He pursued his scientific career in several countries, becoming first a Brazilian and then a British citizen. Biography[edit]