Arts and Dementias: Presentation by Sebastian Crutch, Director of Created Out of Mind. Visual Arts, Mental Health, and Technology. Sarah Howe - Poems. Frenzied Maybe holding back is just another kind of need. 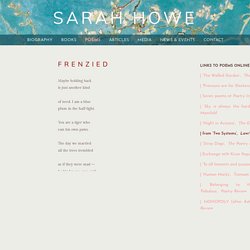 I am a blue plum in the half-light. You are a tiger who eats his own paws. The day we married all the trees trembled as if they were mad – be kind to me, you said. It is more profitable to raise geese than daughters. This is the tale of the woodsman’s daughter. Her scar-ridged back, beneath his lashes, toughened to a rind; it split and crusted into bark. He called her Mei Ming: No Name. Till angry, he flapped her from him. A will beyond the blindest instinct. And their need. He presses it down into the block, cross-hewn from a lychee trunk. Watch a performance of this poem . . . A Painting I watched the turquoise pastel melt between your fingerpads; how later you flayed the waxen surface back to the sunflower patch of a forethought, your instrument an upturned brush, flaked to the grain – the fusty sugar paper buckled.

Virginia Woolf Documentary. Masters and machines: the best art and architecture of 2019. Pierre Bonnard: The Colour of Memory More unsettling than they first appear, Pierre Bonnard’s paintings are often thought of as celebrations of domestic tranquility. 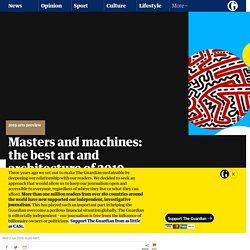 With trembling and sometimes overloaded colour, and a touch that always seems nervous, there’s anxiety and disquiet in his interiors and portraits of his wife, Marthe de Méligny, taking her endless baths. Sometimes he catches himself in the bathroom mirror. Tate recommends slowing down to appreciate Bonnard, but you may feel a panic coming on. Tate Modern, London, 23 January-6 May Leonardo da Vinci: A Life in Drawing Forget Leonardo da Vinci’s paintings.

BBC Radio 4 - The Art of Living, Lucy Jones, Painter. Childcare bring a sense of theatre to the latest Big Indie Big Nights show. At our last Big Indie Big Nights show at London’s Two Tribes Brewery - set in Tileyard Studios - London four-piece FOURS showed a huge amount of ambition, almost forcibly breaking out of the venue into significantly bigger climes with their shiny synth-pop, indebted to Haim, The 1975 and a big slab of ‘80s sheen. 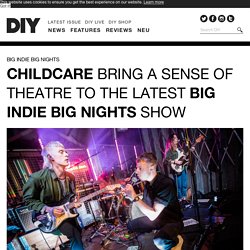 Before our next guests Childcare even take to the stage tonight, though, it’s clear they’re not just ones to plug in and play either. The room is packed tonight, and spills out onto the courtyard outside, with people clambering on benches and beer barrels to get a glimpse. The band clearly know that they inspire this kind of devotion. Their walk on music is introduced as a “guided meditation session”, before cult-like statements are read out, with the crowd asked to repeat them back.

“All of my houseplants disobey my instructions,” is the first. Sex, drugs and social media – Hooked review. Can you become addicted to getting a bunch of psychedelic cats aligned in a row? 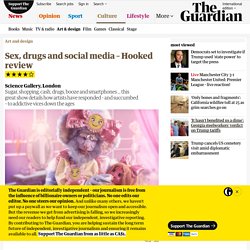 I’ve got to admit it gave me a warm glow when I “won” while playing an interactive artwork by Katriona Beales that mimics online gambling. The pleasure persisted even when her “game” informed me it had been compiling data based on my eye movements. Yet, as sickly diverting as it is, I can’t imagine waiting on a street corner, $26 in my hand, to buy the next hit of online cat portraits from my man. Hooked: When Want Becomes Need, the thought-provoking show that opens London’s new Science Gallery, mixes artworks about drug and alcohol addiction with pieces that explore the online world.

How 'lofty' art can help the medical world reimagine mental health. Mystery Train. Martín Ramírez, a Mexican laborer who spent the last thirty-two of his sixty-eight years, until his death, in 1963, as an inmate of California mental hospitals, is my favorite outsider artist. 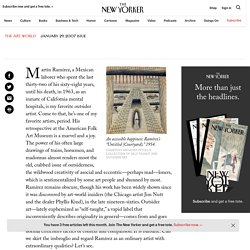 Come to that, he’s one of my favorite artists, period. His retrospective at the American Folk Art Museum is a marvel and a joy. The power of his often large drawings of trains, horsemen, and madonnas almost renders moot the old, crabbed issue of outsiderness, the wildwood creativity of asocial and eccentric—perhaps mad—loners, which is sentimentalized by some art people and shunned by most. Ramírez remains obscure, though his work has been widely shown since it was discovered by art-world insiders (the Chicago artist Jim Nutt and the dealer Phyllis Kind), in the late nineteen-sixties. 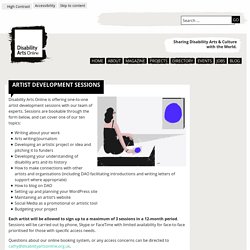 Sessions are bookable through the form below, and can cover one of our ten topics: The power of the arts. Art bridges the gap between mental illness as disease and mental illness as an integral part of the human experience, in a way that science cannot. 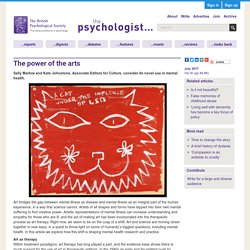 Artists of all shapes and forms have tapped into their own mental suffering to find creative power. Artistic representations of mental illness can increase understanding and empathy for those who are ill, and the act of making art has been incorporated into the therapeutic process as art therapy. Right now, we seem to be on the cusp of a shift. Art and science are moving closer together in new ways, in a quest to throw light on some of humanity’s biggest questions, including mental health. In this article we explore how this shift is shaping mental health research and practice. Art as therapyWithin treatment paradigms, art therapy has long played a part, and the evidence base shows there is much support for the use of art in therapeutic settings. 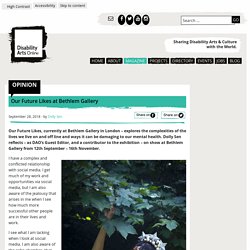 Dolly Sen reflects – as DAO’s Guest Editor, and a contributor to the exhibition – on show at Bethlem Gallery from 12th September – 16th November. Ciara. Image © Alexandra Leigh I have a complex and conflicted relationship with social media. I get much of my work and opportunities via social media, but I am also aware of the jealousy that arises in me when I see how much more successful other people are in their lives and work. I see what I am lacking when I look at social media.