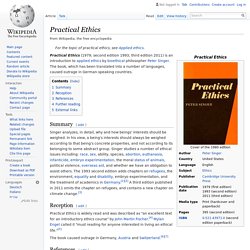 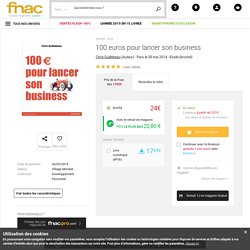 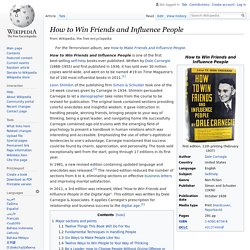 Written by Dale Carnegie and first published in 1936, it has sold 15 million copies world-wide.[1] Leon Shimkin of the publishing firm Simon & Schuster took one of the 14-week courses given by Carnegie in 1934. Shimkin persuaded Carnegie to let a stenographer take notes from the course to be revised for publication. In 1981, a new revised edition containing updated language and anecdotes was released.[2] The revised edition reduced the number of sections from 6 to 4, eliminating sections on effective business letters and improving marital satisfaction. Major sections and points[edit] The Monk Who Sold His Ferrari. Publication[edit] The first edition of 'The Monk Who Sold His Ferrari' was published in 1997 by Harper Collins Publishers. 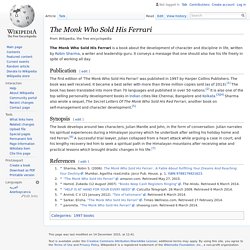 The book was well received. It became a best seller with more than three million copies sold (as of 2013).[1] The book has been translated into more than 70 languages and published in over 50 nations.[2] It is also one of the top selling personality development books in Indian cities like Chennai, Bangalore and Kolkata.[3][4] Sharma also wrote a sequel, The Secret Letters Of The Monk Who Sold His Red Ferrari, another book on self-management and character development.[5] Synopsis[edit] 1984: The masterpiece that killed George Orwell. "It was a bright cold day in April, and the clocks were striking thirteen. 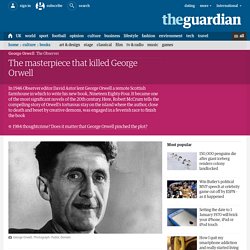 " Sixty years after the publication of Orwell's masterpiece, Nineteen Eighty-Four, that crystal first line sounds as natural and compelling as ever. But when you see the original manuscript, you find something else: not so much the ringing clarity, more the obsessive rewriting, in different inks, that betrays the extraordinary turmoil behind its composition. Probably the definitive novel of the 20th century, a story that remains eternally fresh and contemporary, and whose terms such as "Big Brother", "doublethink" and "newspeak" have become part of everyday currency, Nineteen Eighty-Four has been translated into more than 65 languages and sold millions of copies worldwide, giving George Orwell a unique place in world literature.

The circumstances surrounding the writing of Nineteen Eighty-Four make a haunting narrative that helps to explain the bleakness of Orwell's dystopia. Vladimir Megré's review of Anastasia. Love Is Letting Go of Fear by Gerald G. Jampolsky. Through the Language Glass: Why the World Looks Different in Other Languages by Guy Deutscher.

Review: Don't Sleep, There Are Snakes: Life and Language in the Amazonian Jungle by Daniel Everett. There is no easy way to categorise this story of a Christian missionary's linguistic adventures in the Amazon forest. 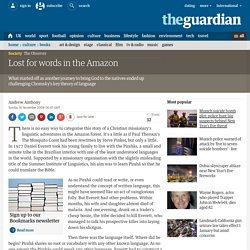 It's a little as if Paul Theroux's The Mosquito Coast had been rewritten by Steve Pinker, but only a little. In 1977 Daniel Everett took his young family to live with the Pirahãs, a small and remote tribe in the Brazilian interior with one of the least understood languages in the world. Supported by a missionary organisation with the slightly misleading title of the Summer Institute of Linguistics, his aim was to learn Pirahã so that he could translate the Bible. As no Pirahã could read or write, or even understand the concept of written language, this might have seemed like an act of vainglorious folly. But Everett had other problems. Then there was the language itself. The joy of not working e book Recherche Google. 30 Books Everyone Should Read Before Their 30th Birthday. The Web is grand. 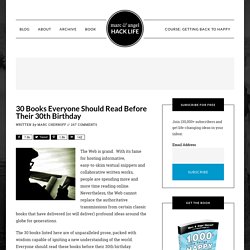 With its fame for hosting informative, easy-to-skim textual snippets and collaborative written works, people are spending more and more time reading online. Nevertheless, the Web cannot replace the authoritative transmissions from certain classic books that have delivered (or will deliver) profound ideas around the globe for generations. The 30 books listed here are of unparalleled prose, packed with wisdom capable of igniting a new understanding of the world. Soccernomics. The Parliament of Man - Paul Kennedy. 378950Africas0silk0road01PUBLIC1. Friedman capitalism and freedom pdf. LATIN AMERICAN ECONOMIC DEVELOPMENT reyes. Supercapitalism: The Transformation of Business, Democracy, and Everyday Life. Supercapitalism: The Transformation of Business, Democracy, and Everyday Life (ISBN 0-307-26561-7) is a book written by Robert B. 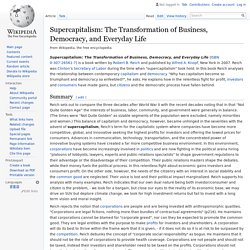 Reich and published by Alfred A. Knopf, New York in 2007. Reich was Clinton’s Secretary of Labor during the time when "supercapitalism" took hold. In this book Reich analyses the relationship between contemporary capitalism and democracy. "Why has capitalism become so triumphant and democracy so enfeebled? " Summary[edit] Reich sets out to compare the three decades after World War II with the recent decades noting that in that “Not Quite Golden Age” the interests of business, labor, community, and government were generally in balance.

Why men never remember and why women never forget. The Way of the Superior Man. Harry broadman africa's silk road pdf - Recherche Google. Goal-Free Living pdf - Recherche Google. Alice au pays des merveilles livre - Recherche Google. The secrets of savvy networking. When%20Cultures%20Collide. Creative Courage for Young Hearts: 15 Emboldening Picture Books Celebrating the Lives of Great Artists, Writers, and Scientists – Brain Pickings. Margaret Mead extolled the value of “spiritual and mental ancestors” in how we form our identity — those people to whom we aren’t related but whose values we try to cultivate in ourselves; role models we seek out not from our immediate genetic pool but from the pool of culture the surrounds us, past and present. 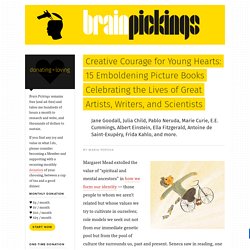 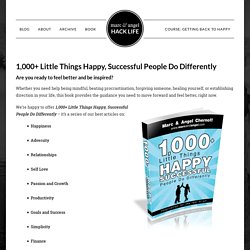 Whether you need help being mindful, beating procrastination, forgiving someone, healing yourself, or establishing direction in your life, this book provides the guidance you need to move forward and feel better, right now. We’re happy to offer 1,000+ Little Things Happy, Successful People Do Differently – it’s a series of our best articles on: Happiness Adversity Relationships Self Love Passion and Growth Productivity Goals and Success Simplicity Finance Inspiration We put this book together at the request of our readers who wanted the essential Marc and Angel Hack Life articles organized and accessible in one convenient package that can be easily printed and shared with family and friends, or read (or listened to) offline on a laptop, tablet, or smartphone.

Crazy Sexy Diet: Eat Your Veggies, Ignite Your Spark, And Live Like You Mean It!: Kris Carr, Rory Freedman, Dean Ornish: 9780762777938: Amazon.com: Books. The Writing Life - Annie Dillard. How to Get Out of the Friend Zone: Turn Your Friendship into a Relationship: The Wing Girls: 9781452109183: Amazon.com: Books. The Road Less Traveled, Timeless Edition: A New Psychology of Love, Traditional Values and Spiritual Growth: M. Scott Peck: 9780743243155: Amazon.com: Books. How to Save an Hour Every Day: Amazon.co.uk: Michael Heppell: 9780273745693: Books. Review "If you feel like there just aren't enough hours in the day, this speed-read could be the push you need to get motivated. With clients such as Davina McCall, Heppell helps you identify time sappers and find simple solutions. " Stylist, 20th July 2011. Why Good Things Happen to Good People by Stephen Post, Ph.D. and Jill Neimark; Foreword by Reverend Otis Moss, Jr. - Book - eBook - Random House.

Advance Praise for Why Good Things Happen to Good People“In writing so compellingly about the importance of lifelong giving, Stephen Post and Jill Neimark have actually modeled their own principle by giving all of us a gift. Bringing together a summary of new scientific data on altruism, a compendium of moving stories of human compassion, and a new survey tool to assist in self-examination, this book convincingly demonstrates that ‘love your neighbor as yourself’ can indeed provide a joyful path towards a fulfilled life.”

—Francis S. Collins, MD, PhD, director, Human Genome Project and author of The Language of God“Stephen Post and Jill Neimark make the scientific case for generosity eloquently, humanely, and compellingly. This book meets Nietzsche’s criterion for good philosophy: ‘Change your life!’” FreirePedagogyoftheOppressed. The uBuntu Girl – Chapter 33. How starbucks saved my life pdf. An Antidote to the Age of Anxiety: Alan Watts on Happiness and How to Live with Presence. “How we spend our days is, of course, how we spend our lives,” Annie Dillard wrote in her timeless reflection on presence over productivity — a timely antidote to the central anxiety of our productivity-obsessed age. Indeed, my own New Year’s resolution has been to stop measuring my days by degree of productivity and start experiencing them by degree of presence.

But what, exactly, makes that possible? This concept of presence is rooted in Eastern notions of mindfulness — the ability to go through life with crystalline awareness and fully inhabit our experience — largely popularized in the West by British philosopher and writer Alan Watts (January 6, 1915–November 16, 1973), who also gave us this fantastic meditation on the life of purpose.

If to enjoy even an enjoyable present we must have the assurance of a happy future, we are “crying for the moon.” We have no such assurance. Le job de vos rêves et la vie qui va avec. The Gift: Creativity and the Artist in the Modern World - Lewis Hyde. Flow: The Psychology of Optimal Experience - Mihaly Csikszentmihalyi. Gulliver's Travels. Dale carnegie how to win friends and influence people - Recherche Google. Dale carnegie how to win friends and influence people in the digital age - Recherche Google. Clarissa pinkola estés femmes qui courent avec les loups - Recherche Google. 男人來自火星，女人來自金星. Mindset: The New Psychology of Success - Carol Dweck. Creative Courage for Young Hearts: 15 Emboldening Picture Books Celebrating the Lives of Great Artists, Writers, and Scientists – Brain Pickings. Amazon. The Bottom Billion. The Bottom Billion: Why the Poorest Countries are Failing and What Can Be Done About It is a 2007 book by Paul Collier, Professor of Economics at Oxford University, exploring the reasons why impoverished countries fail to progress despite international aid and support.

In the book Collier argues that there are many countries whose residents have experienced little, if any, income growth over the 1980s and 1990s. On his reckoning, there are just under 60 such economies, home to almost 1 billion people.[1] Synopsis[edit] Development traps[edit] The book suggests that, whereas the majority of the 5-billion people in the "developing world" are getting richer at an unprecedented rate, a group of countries (mostly in Africa and Central Asia but with a smattering elsewhere)[2] are stuck and that development assistance should be focused heavily on them. The Conflict Trap: Civil wars (with an estimated average cost of $64bn each) and coups incur large economic costs to a country.