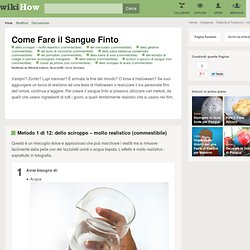 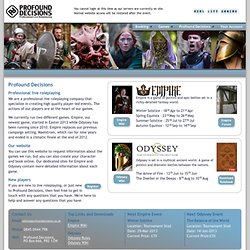 The actions of our players are at the heart of our games. We currently run two different games. Empire, our newest game, started in Easter 2013 while Odyssey has been running since 2010. Empire replaces our previous campaign setting, Maelstrom, which ran for nine years and ended in a climatic finale at the end of 2012. Our website You can use this website to request information about the games we run, but you can also create your character and book online. 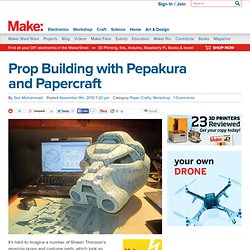 The process starts with a 3D model of the prop and the Japanese shareware program Pepakura Designer, which translates 3D data into a 2D printable format. Thorsson details his entire process for making this Warhammer 40K Terminator helmet on his blog. In a nutshell, Thorsson prints out the 2D version in parts on 110lb cardstock, cuts the pieces out with a sharp hobby knife, then painstakingly (read: super time-consuming) glues them together with cyanoacrylate adhesive. Pictured above is the result “after a couple of long evenings of cutting, gluing, cursing, and peeling [his] fingertips off.”

Then he coats the paper model with fiberglass resin to reinforce it, which makes it strong enough to stand on without crushing. Next comes another coat of primer and a multi-step painting process that includes yellow mustard. How To Make Your Own Realistic Corpse In About An Hour. Believe // Special Effects Scar Makeup Tutorial. How to Make Awesome Green Slime. Make Your Own Monster Skin! New in the Maker Shed: EZ-EL Wire Starter Kits. How To Make Your Own Gigantic Steampunk Mechanical Hand. There are so many badass movie characters that have mechanical hands.

The two most popular ones are probably the original Terminator and Wolverine. But when you think about it, you don’t have to be in the movies to get some good use out of a mechanical hand. It could come in real handy in everyday life. It would be great for squashing bugs when you don’t want to get too close to them, you’d be able to scare all the kids on the block without saying a word, and you might even be able to reach your beer without getting off the couch.

So why not make your own mechanical hand? I found two different yet similar tutorials for how to make them. The second one was posted on Instructables by user Manick Yoj. Click Here To See This Mechanical Hand In Action(Click Chart To Enlarge) The directions for the mechanical hand below, which is a little different, can be found here on Instructables. (Click Image To Enlarge) Stain PVC Any Color You Like. PVC is great: cheap, common, easy to work, and easy to join temporarily or permanently. 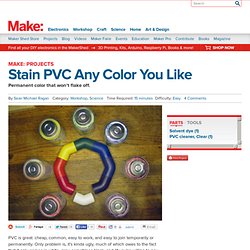 Only problem is, it’s kinda ugly, much of which owes to the fact that it only comes in white, gray, sometimes black, and (if you’re willing to pay through the nose) clear. “Furniture grade” PVC pipe can sometimes be found with integral color, but you’re limited to factory shades and if you want matching elbows, tees, or other fittings, you’re out of luck, because fittings only come in white.

Sure, you can paint it, but PVC doesn’t take paint all that well, and the paint is prone to flake and screws up the dimensional tolerances. With stain, you get color that doesn’t flake or add thickness, so you can stain pipe and fittings different colors before assembly and still expect them to fit. You can even take them apart and reassemble them in some other way without affecting the finish. Tinderbox for designing a Tarot deck.

I am currently exploring the real-worl Tarot as a tool for brainstorming and also for use in storytelling and roleplaying. 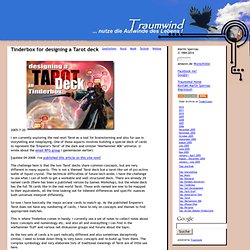 One of those aspects involves building a special deck of cards to represent the "Emperor's Tarot" of the dark and sinister "Warhammer 40k" universe. (I wrote about the email RPG group I gamemaster earlier) [update 04-2008: I've published this article on this site now] The challenge here is that the two 'Tarot' decks share common concepts, but are very different in many aspects. This is not a 'themed' Tarot deck but a tarot-like set of psi-active wafer of liquid crystal.

So now I have basically the 'major arcana' cards to match up. This is where Tinderbox comes in handy. As the two sets of cards a in part radically different and also sometimes deceptively similar, I need to break down thing to very basic concepts and re-build up from there. But my use of Tinderbox in this project goes beyond note taking and organizing. Philip Sibbering.