Steve McCurry photo editing scandal. Jens Meyer/AP Photo If photojournalism had a Mount Rushmore, Steve McCurry would be on it. 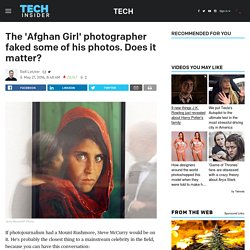 He's probably the closest thing to a mainstream celebrity in the field, because you can have this conversation: "Hey, have you heard of Steve McCurry? " The Case of Steve McCurry: What Is 'Truth' in Photography? Recently, one of the most well-known photographers in history was caught in a Photoshop scandal. 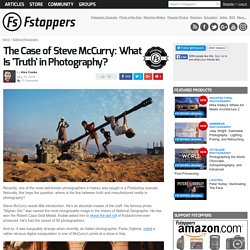