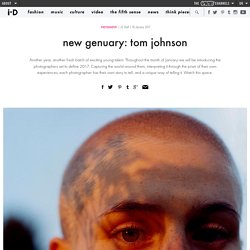 Bookmaking. FMP. Teenagers star in the Gravitas exhibition at London Art Fair – British Journal of Photography. Inspired by the ancient Roman virtue of Gravitas, Christiane Monarchi has curated a photo exhibition focusing in on adolescents and their depiction One of the ancient Roman personal virtues, ‘Gravitas’ referred to a depth and seriousness of character, says curator Christiane Monarchi, and was “a pre-condition of the youth’s transition to adulthood”. 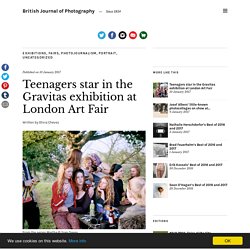 Inspired by the notion, she’s curated an exhibition titled Gravitas for the Photo50 at London Art Fair, considering how the quality is embodied by contemporary teens and “how they’re presenting themselves to the world when they’re ready”. Currently when young people are portrayed in the popular media “there always seems to be polemics about something”, she points out, “whether it’s obesity or children on ADHD medication, it’s always bad and troubling”. Reviews, guides, things to do, film - Time Out New York. There's something distinctly arty about Philip-Lorca DiCorcia's new series of photographs, "Lucky Thirteen. 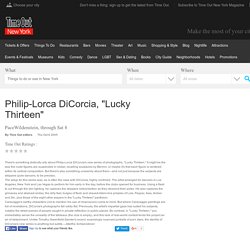 " It might be the way the nude figures are suspended in midair, recalling sculptures by Bernini, or maybe it's that each figure is centered within its vertical composition. But there's also something unseemly about them—and not just because the subjects are strippers (pole dancers, to be precise). The setup for this series was, as is often the case with DiCorcia, highly contrived. Philip-Lorca diCorcia. Philip-Lorca diCorcia’s photographs straddle truth and fiction by combining real people and places—but not necessarily people and places that naturally go together. 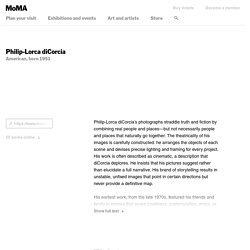 The theatricality of his images is carefully constructed: he arranges the objects of each scene and devises precise lighting and framing for every project. His work is often described as cinematic, a description that diCorcia deplores. He insists that his pictures suggest rather than elucidate a full narrative. His brand of storytelling results in unstable, unfixed images that point in certain directions but never provide a definitive map. His earliest work, from the late 1970s, featured his friends and family in scenes that evoke loneliness, contemplation, ennui, or, occasionally, humor. DiCorcia did not set out to become a photographer. &quot;Lucky Thirteen&quot; - Philip-Lorca diCorcia. Philip-Lorca diCorcia: Lucky Thirteen PaceWildenstein and Pace/MacGill are pleased to announce an exhibition of new color photographs by Philip-Lorca diCorcia on view in the Chelsea gallery from September 8 through October 8, 2005 (534 West 25th Street). 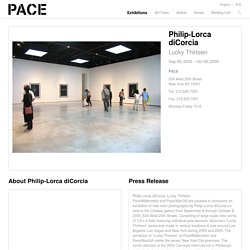 Consisting of large-scale color prints (5 1/2 x 4 feet) featuring individual pole dancers, diCorcia’s “Lucky Thirteen” series was made in various locations in and around Los Angeles, Las Vegas and New York during 2003 and 2004. The exhibition of “Lucky Thirteen” at PaceWildenstein and Pace/MacGill marks the series’ New York City premiere. Untitled. Philip-Lorca diCorcia. Philip-Lorca diCorcia. 'If you have never seen these images in person, I urge you to make the journey to Wakefield.' - The Guardian 'Already giving the big London galleries a run for their money, The Hepworth Wakefield has pulled off another major coup.' - Yorkshire Post '[The Hepworth Wakefield] refers to diCorcia as one of America’s greatest photographers, and for once it does not feel like puff.' ***** - The Independent 'A wonderful, exhaustive, retrospective at The Hepworth Wakefield.' - Design Week American artist Philip-Lorca diCorcia (b. 1951, Connecticut) is one of the most important photographers working today. 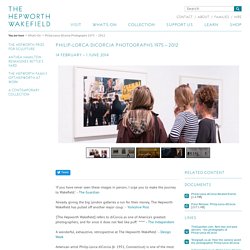 This is the first UK exhibition to show works spanning his career, offering an opportunity to appreciate the development of diCorcia’s work. This large-scale survey contains over 100 photographs from six major series. Free admission. The Exhibition. ​The Uncanny — GUP. In his long-term photographic project The Uncanny, Leonard Pongo (b. 1988, Belgium) captures a personal view of daily life in the mining province of Katanga in The Democratic Republic of the Congo. 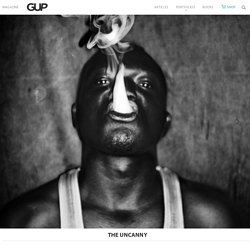 Pongo started his project in 2011, photographing in Congo during the violent election period. Instead of photographing the political issues from a journalistic distance, he adopted a different approach by immersing himself in the daily atmosphere and environment. He explains: “I felt a very strong need to see, to be immersed, to enter into what was taking place socially, and not simply to gravitate around it.”

Cardiff After Dark photos - a night out in the UK. Cardiff – the capital of Wales. 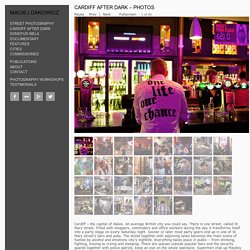 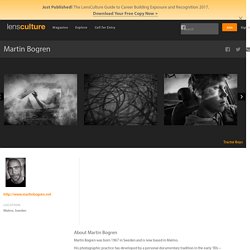 His photographic practice has developed by a personal documentary tradition in the early ’90s – photographing bands and artists. His first book "The Cardigans, Been It" was published in ’96 after several years touring with the band. Bogren's work became widely known in the mid 2000s as the book "Ocean" was published – which later toured Scandinavia, France, Poland, Italy and USA. TB6. 'The mystery is enough': Susan Lipper on the Grapevine series. Tell me about the gestation of the Grapevine series of photographs? 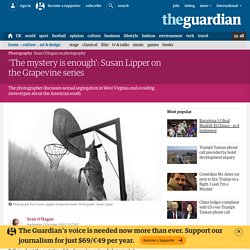 About 20 years ago I travelled down to the South and roamed around the Appalachians essentially looking for a subject. I found it in Grapevine Hollow. There are actually four Grapevines in West Virginia but this one isn't even on the map. I was down there for two years before I found it. There are maybe 50 people in the community, spread out on the mountain. Were the people initially suspicious of you? Susan Lipper. GRAPEVINE: Photographs by Susan Lipper by Susan Harris-Edwards Susan Lipper’s photographs of Grapevine Hollow, West Virginia, are at once sumptuous and discordant. In a photographic tradition that owes much to the methodology of Walker Evans or Doris Ulmann, Lipper lived among her subjects intermittently over a five-year period. Her knowledge of these Appalachian mountaineers is intensely personal: her photographs are, in her words, her ‘journal’. Photographer Profile. Eve Arnold was born in Philadelphia, Pennsylvania to Russian immigrant parents.

She began photographing in 1946, while working at a photo-finishing plant in New York City, and then studied photography in 1948 with Alexei Brodovitch at the New School for Social Research in New York. Arnold first became associated with Magnum Photos in 1951 and became a full member in 1957. Photographer Profile. Olivia was born in London and grew up in the UK. She studied mathematics at Oxford University and photojournalism at the London College of Printing. She began working as a photographer in 2003 after moving to Delhi and was based in India for two and a half years. In 2006, she left for Italy to take up a one-year residency with Fabrica, during which she began working on a series about women and the East-West cultural divide. This work has taken her to the border between Europe and Asia, Iran and Saudi Arabia. She has received support from the Inge Morath Award, the National Media Museum, OjodePez-PhotoEspana Award for Human Values.

Mob of 30 schoolchildren ambush and beat up two Met police officers in Lewisham. A police officer was beaten to the ground and his colleague punched in the jaw in a terrifying attack by a mob of up to 30 schoolchildren in south London, Scotland Yard revealed today. The two officers were on routine patrol in Lewisham when they were set upon by the group of teenagers after they spotted a youth trying to hide a large knife. The attack took place at 4pm on Wednesday November 9 on Goodwood Road near the junction with New Cross Road but the Met only released details of the incident today.