Computer Graphics World. Your ultimate guide to Nan Goldin. Few photographers can boast a body of work as deep and uncompromisingly honest as that of Nan Goldin. 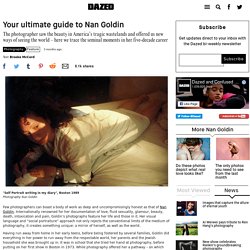 Internationally renowned for her documentation of love, fluid sexuality, glamour, beauty, death, intoxication and pain, Goldin’s photographs feature her life and those in it. Her visual language and “social portraiture” approach not only rejects the conventional limits of the medium of photography, it creates something unique: a mirror of herself, as well as the world. Having run away from home in her early teens, before being fostered by several families, Goldin did everything in her power to run away from the respectable world, her parents and the Jewish household she was brought up in.

Photographer zoé lawrence wants to give a fresh perspective on life in south florida. Launch lightbox slideshow by clicking on pic or... Joel Sternfeld on his classic American Prospects – and his new work – British Journal of Photography. Family in a car in tent city, outside of Houston, Texas, January 1983. 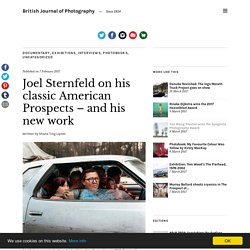 Previously unseen work © Joel Sternfeld. Is America great again? Peter Dench goes beyond the red, white and blue to document the “land of the free”. – British Journal of Photography. A man has his head shaved, South Beach, Miami. © Peter Dench/Verbatim A country of conflict & change, or bikini contests & baseball? 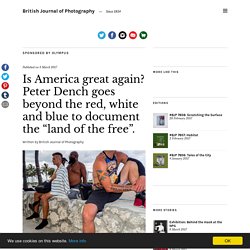 Photographer Peter Dench's latest project explores the truth behind daily life in the new USA. How South London Bikelife sidesteps the negative stereotypes – British Journal of Photography. Emerging photographer Dan Giannopoulos has worked for two years on the project, which was picked out by the experts at the BJP/Magnum workshop In 2014, masked bikers started riding around Dan Giannopoulos’ neighbourhood in Greenwich, South London. 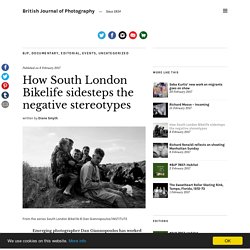 The local and national press was instantly critical, but Giannopoulos was intrigued, and soon decided to start shooting them. “I like exploring subcultures and fringe communities; this was something that really sparked that interest and it was right on my doorstep so I had no excuse to not pursue it,” he says. “At the time I was shooting a project on the banger racing community, and moving straight into this seemed like an obvious thing to do…It felt like a natural segue – they explore similar themes of working class communities developing intriguing subcultures.”

Fade Like A Sigh – British Journal of Photography. A collaborative project by Rana Young and Zora J Murff handles some difficult family memories via new work and family photographs “Collaboration is a comfortable way of telling our stories in the company of someone else, as this content is too heavy for each of us to revisit alone,” says Rana Young, a Masters student at the University of Nebraska, who’s worked with fellow student Zora J Murff to make a series called Fade Like A Sigh. 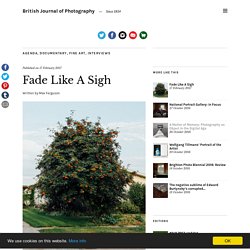 Initially thrown together by sharing a studio, the pair got talking and soon realised they had much in common. Both come from the Midwest and take a similar approach to photographing “imagery that describes home, or place generally”; both grew up with an absent parent. “Our personal experiences of that are unique, but through conversation we found a commonality,” says Young. “It’s easy to assume that your exposure to a shared experience is different to someone else’s.” Behind the Scenes — GUP. In Behind the Scenes, Sergey Melnitchenko (b. 1991, Ukraine) gives us a glimpse at the off-stage doings of erotic dancers in a nameless club in China. 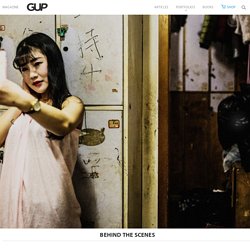 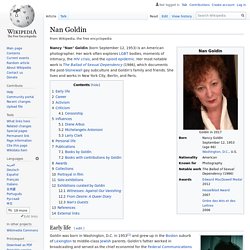 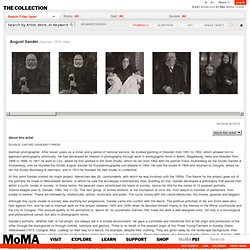 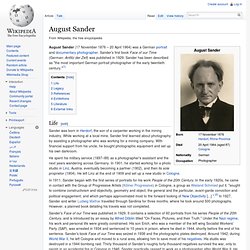 Sander's first book Face of our Time (German: Antlitz der Zeit) was published in 1929. Sander has been described as "the most important German portrait photographer of the early twentieth century. Proposal. Magnum Photos Photographer Portfolio. Christopher Anderson. Alec Soth. Alec Soth (born 1969, Minneapolis, Minnesota, United States) is an American photographer, notable for "large-scale American projects" featuring the midwestern United States.[1] His photography has a cinematic feel with elements of folklore that hint at a story behind the image. 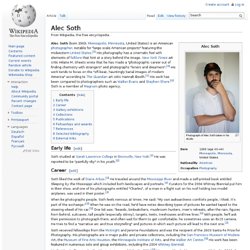 New York Times art critic Hilarie M. Sheets wrote that he has made a "photographic career out of finding chemistry with strangers" and photographs "loners and dreamers".[2] His work tends to focus on the "off-beat, hauntingly banal images of modern America" according to The Guardian art critic Hannah Booth.[1] His work has been compared to photographers such as Walker Evans and Stephen Shore.[1] Soth is a member of Magnum photo agency. Early life[edit] Soth studied at Sarah Lawrence College in Bronxville, New York.[2] He was reported to be "painfully shy" in his youth.[2] Career[edit]

Magnum Photos Photographer Portfolio. This Guy Spent the Mid-90s Living in a Travelling Rave Van. This year is the 20th anniversary of the Criminal Justice and Public Order Act 1994, the legislation that effectively banned raves and sent the whole scene into the expensive confines of legitimate clubs and venues. To mark the occasion, photographer Tom Hunter is exhibiting his series "Le Crowbar" – a documentation of his time travelling through Europe in the mid-90s in a convoy of converted coaches, ambulances and buses, setting up raves and impromptu festivals. See it at the "Life on the Road" exhibition at LCC in London's Elephant and Castle. After relocating from Dorset to London at the age of 15 and spending some time as a tree pruner in the Royal Parks, Tom Hunter bought a year-long ticket to America.

It was on this trip that he began taking photos, but unfortunately, as he told me, "I came back and [none of the pictures] turned out. The lens must have been broken or something. " Tom Hunter. Cian Oba-Smith's Photos Will Make You Feel So Alone. Cian Oba-Smith is a photographer from London, who is currently in the final year of a photography degree in Bristol. I like his pictures because each of them seems to capture a moment in time when the sun turned to shine on one specific moment.

There's something very lonely and disengaged and at the same time warm about Cian's photography, that makes me feel kinda strong. Cian Oba-Smith.