Park and National Palace of Pena. Luxfrágil. The Top 10 Best ROOFTOP BARS in Lisbon. 1 | Silk » This club at the top of a building in the Chiado district is one of the most exclusive addresses in Lisbon since it opened in 2008. 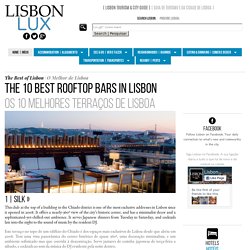 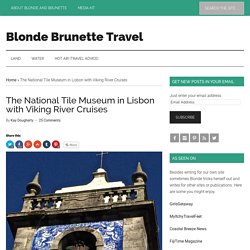 We didn’t know that so we had been bumbling about for 4 days before meeting up with our cruise. We had been admiring the tiles of Lisbon but didn’t know a thing about their origin, history or how they were made. It turns out that knowing a little something about them makes the tiles even more interesting. Streets ahead: Santos in Lisbon. 'Is the gallery new? 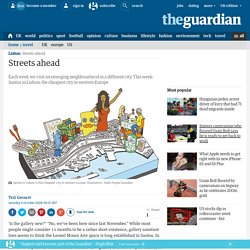 " "No, we've been here since last November. " While most people might consider 11 months to be a rather short existence, gallery assistant Ines seems to think the Leonel Moura Arte space is long established in Santos. In the time they've been there, a furniture retailer has opened on the street and then moved to expand its business, and another new gallery is about to open nearby, so her feeling like an oldtimer in the neighbourhood is perhaps understandable. Is Lisbon the next Berlin? We explore the Portuguese capital.

Photography: Sammy Arnold At first glance, Lisbon, with its 270 days of sunshine a year, laid-back Latin approach to timekeeping and a lifestyle based around the sea, doesn’t have much in common with northern European counterpart. 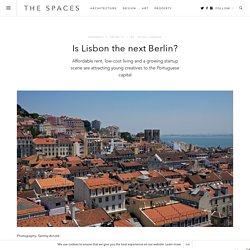 But, thanks to an influx of young creatives attracted by the city’s affordable rents, thriving café and bar culture and an increasingly bohemian lifestyle, many commentators are beginning to brand Lisbon as ‘the new Berlin’. Lisbon has long been a picturesque and affordable city but it’s only in the last seven years that it’s started to move away from its conservative roots and deliver a more Berlin-style vibe. This change is one of the few positive elements to result from the country’s on-going financial crisis: as job opportunities plummeted after 2008, many of the country’s young graduates found they had no option but to try their own thing. Sintra, Portugal Restaurants: See 151 restaurants with 3,592 reviews. Eat Portugal Food Tours - Guided eating, drinking and walking tours of Lisbon. Pastéis de Belém. 10 of the best restaurants and cafes in Lisbon. Time Out Mercado da Ribeira, Cais do Sodré Within weeks of its opening in May 2014, the new food court at Mercado da Ribeira – Lisbon's biggest fresh food market – has become a firm favourite among Lisboans. 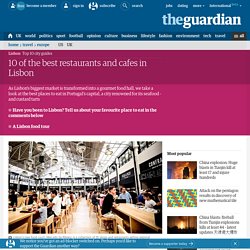 The first permanent foodie venture for Time Out, the market hosts a total of 35 kiosks – all branded in the same smart black and white signage and selling regional specialities, including Azeitão sheep's cheese, plates of ham from the Alentejo, and custard tarts from award-winning cafe Aloma. Tins of sardines in beautiful retro packaging at the Conserveira de Lisboa, wines from Garrafeira Nacional or chocolates from Arcádia make great presents to take home.

In addition, five top chefs have restaurants here, offering clever dishes playing with Portuguese flavours from €5 (marinated mackerel with gazpacho at Alexandre Silva). Settle yourself at one of the high wooden benches and it would be very easy to while away a few hours eating your way around Portugal's culinary highlights. The 9 Best Restaurants in Lisbon. Taking full advantage of its maritime traditions, Lisbon’s gastronomy includes some deliciously fresh seafood and offers the elite traveler an unrivalled selection of worldclass restaurants. 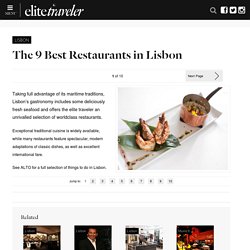 Exceptional traditional cuisine is widely available, while many restaurants feature spectacular, modern adaptations of classic dishes, as well as excellent international fare. Restaurants and cafés. Businessinsider. 3 Days in Lisbon: Travel Guide on TripAdvisor. A dramatic, moody music, Fado is integral to Portuguese culture, and the Fado Museum explores its history. 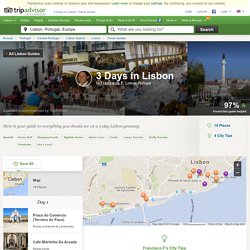 Originally rooted in marginal social contexts, Fado became ubiquitous — sung at bullfights, in gardens, at parties and festivals. The museum not only traces the history of the music, but documents its place in society and the stories of the artists involved, through art, artifacts, musical scores, and more. The museum is closed on Mondays.The museum often holds events, including live music. Check the website to see what's on during your visit.A Fado CD from the gift shop makes for a nice souvenir. Lisbon: a tapas tour with Nuno Mendes and Jose Avillez - British Airways High Life. It’s 10 o’clock on a Thursday morning, and I’m inside the Pastéis de Belém — the well-known café where Portugal’s famous pastel de nata custard tart was popularised in the mid-19th century. 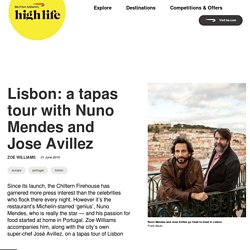 And it’s slightly more Lisbon than you could ever imagine. Its blue and white Azulejo tiles collapse your sense of time: they look centuries old, and yet so new. Bottles of Madeira fill glass cases up to the ceiling, like trophies of good taste. Lisbon city guide: a day in Cais do Sodré. Open any Portuguese magazine these days and there is sure to be an update on Lisbon's riverside Cais do Sodré. 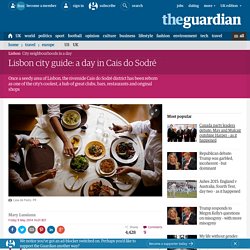 Its transformation from sleazy haunt frequented by hard-drinking sailors to one of the city's coolest nightlife districts has been swift, and made the country sit up and take note. Elegant new bars jostle with contemporary restaurants and even the beautiful 19th-century fish market is set to unveil a new food court later this month, mixing gourmet fare with traditional petiscos. 1. Start the day on Avenida Ribeira das Naus, where many of the Portuguese explorers' ships were built, and which opened last year as a new waterfront focus for the city. It has terracing with deckchairs where you can soak up the morning sun after picking up a breakfast of a bica (espresso) coffee and pastel de nata (custard tart) from a kiosk. 2. 3. Day trips from Lisbon, Portugal: readers' travel tips. Winning tip: Tomar The Convento de Cristo in Tomar is probably one of the most spectacular places in Portugal. 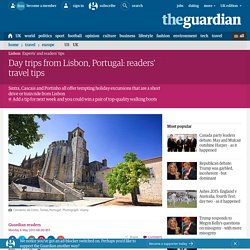 Founded by the Knights Templar, it's a beautiful, mysterious and magical place, wonderful to discover and enjoy. Tomar is about two hours north-east of Lisbon, so an overnight stay would be even better.• conventocristo.ptmax333. The foodie traveller in Portugal. Lisbon city guide: a day in Cais do Sodré. Top 10 hotels and apartments in Lisbon. The rebirth of Lisbon’s Cais do Sodré. By Kerry Christiani · For years, riverside Cais do Sodré was one of Lisbon's seediest neighbourhoods. Its backstreets were the haunt of whisky-slugging sailors craving a little after-dark sleaze; a lacklustre place where brothels sidled up to sweaty clubs. Then suddenly everything changed. In late 2011, the district was given a makeover. Nightlife reports: Lisbon’s new clubbing scene.

See this square? A few years ago this was like The Wire.” It’s Friday evening and I’m walking through Intendente, an area north of Lisbon’s city centre that’s the latest part of town to experience a transformation from red-light district to nightlife hub. “There are still lots of empty buildings,” says Pedro Coquenão – better known as the DJ and producer behind Batida – gesturing to a derelict, albeit grand, terrace. “Space for someone to build the next big club.”