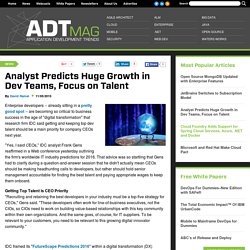 Zombie BPM. This week I attended the bpmNEXT Conference in California. 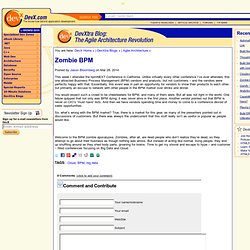 Unlike virtually every other conference I’ve ever attended, this one attracted Business Process Management (BPM) vendors and analysts, but not customers – and the vendors were perfectly happy with that. Is the Office Really the Best Place to Get Work Done? Programmers for $2,000 per Month, More? Or Less? We Recommend These Resources One of the top stories on Hacker news this morning had to do with someone getting feedback on his idea to rent world-class programmers for $2,000 per month. 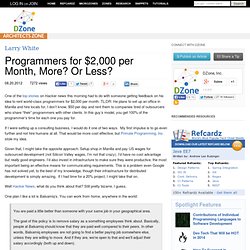 Can You Recover in 10 Minutes? 0inShare I don't think "reboot" is gonna fix this. 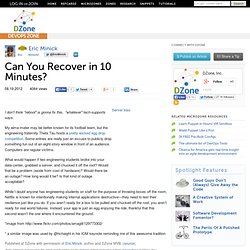 "whatever" tech-supports says. My alma-mater may be better known for its football team, but the engineering fraternity Theta Tau hosts a pretty wicked egg drop competition. Microsoft’s Downfall: Inside the Executive E-mails and Cannibalistic Culture That Felled a Tech Giant. Eichenwald’s conversations reveal that a management system known as “stack ranking”—a program that forces every unit to declare a certain percentage of employees as top performers, good performers, average, and poor—effectively crippled Microsoft’s ability to innovate. 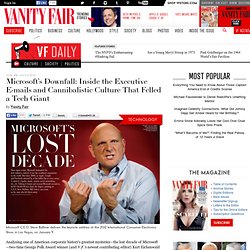 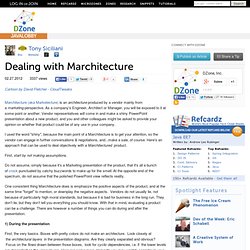 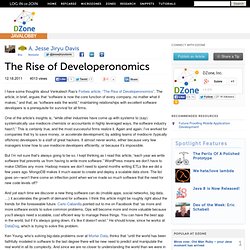 The article, in brief, argues that “software is now the core function of every company, no matter what it makes,” and that, as “software eats the world,” maintaining relationships with excellent software developers is a prerequisite for survival for all firms. One of the article’s insights is, “while other industries have come up with systems to (say) systematically use mediocre chemists or accountants in highly leveraged ways, the software industry hasn’t.” This is certainly true, and the most successful firms realize it. Again and again, I’ve worked for companies that try to save money, or accelerate development, by adding teams of mediocre (typically offshore) developers to a staff of great hackers.

Recovering from and avoiding "cloud service" lock-in. We Recommend These Resources We all love our shiny cloud services — until they break, die, or otherwise go away, turning all those unicorns and butterflies into what can only be described as a bark salad. 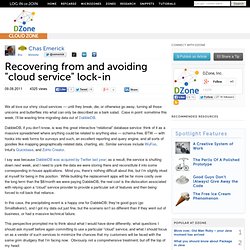 Case in point: sometime this week, I’ll be wasting time migrating data out of DabbleDB. DabbleDB, if you don’t know, is was this great interactive “relational” database service: think of it as a massive spreadsheet where anything could be related to anything else — schema-free, BTW — with hooks into web forms for surveys and such, an excellent reporting and query engine, and all sorts of goodies like mapping geographically-related data, charting, etc. The mantra of CA Technologies' Donald Ferguson: Simplify. 9 December 2010Last updated at 00:01 Each week we are asking chief technology officers and other high-profile tech decision-makers three questions. 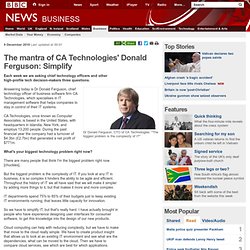 Dr Donald Ferguson, CTO of CA Technologies: "The biggest problem is the complexity of IT" Answering today is Dr Donald Ferguson, chief technology officer of business software firm CA Technologies, which specialises in IT management software that helps companies to stay in control of their IT systems. CA Technologies, once known as Computer Associates, is based in the United States, with headquarters in Islandia, New York, and employs 13,200 people. Stuck in the middle. The domain model as REST anti-pattern Today JavaLobby published yet another domain-model-as-REST article, using Spring and Jersey. 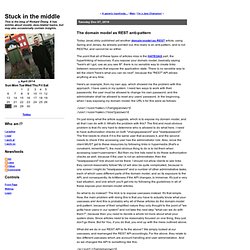 As already pointed out, this really is an anti-pattern, and is not RESTful, and cannot be so either. 10 Types of Employees (or Partners) to Avoid. 5) People Who Aren't Genuinely Excited About the Project People not genuinely excited about the goals, direction, technology or other aspects of the project tend to be mercenaries who are there to collect a paycheck. They tend to add little excitement to the project and tend to jump ship to the next project that offers larger material compensation.

They tend to be the first to leave during tough times when they are needed the most. That can really cripple a project and it is better to pass on that hire because the common result of the hire is usually below a 110% effort which the modern business environment requires. 10 Types of Employees (or Partners) to Avoid. The success of a business or a project is very often dependent on whether it can sustain itself financially or not. Sometimes that is a matter of having sufficient revenue to cover the costs, but it is also often a matter of directly controlling the costs and keeping them low.

A great way to control costs is to hire slowly or forego hiring for a position completely. Another benefit of not adding personnel is that smaller teams tend to have a higher per-person productivity and efficiency. In this article I will outline ten ways to control costs and raise efficiency within a project by going over ten types of people or types of positions that should not be hired in order to preserve the efficiency of a small team. Lock-in: Let Me Count the Ways. We've all heard the term "Vendor Lock-in," but many don't know about the wide variety of ways in which this stealthy lock-in takes place.

Rigidity and frustration caused by this lock-in can mean high costs for enterprises and unhappiness for developers. With new technologies like virtualization and cloud computing, vendors are finding more ways to force users to stay on their platform and purchase their offerings.

Sebastian K. Where SOA ends - SOA Talk. Mar 5 2009 6:01PM GMT Posted by: Jack Vaughan Tags: Thanks! We'll email youwhen relevant content isadded and updated. Following Follow. Merks' Meanderings: Grieving Over the Death of a Cash Cow. A sizable portion of the software cash cow herd is dying and our industry is learning to cope with grief, the natural expected response to death. Don't Build Software That's TOO Smart! We Recommend These Resources I had an extremely successful meeting with one of our clients yesterday. We were discussing how we wanted to go about migrating her laboratory from its current system (one that we built several years ago) to our new lab management platform. Testing. Performance.