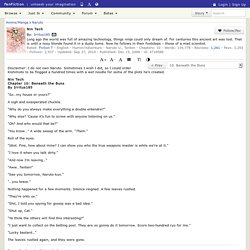 Sometimes I wish I did, so I could order Kishimoto to be flogged a hundred times with a wet noodle for some of the plots he's created. Nin TechChapter 10: Beneath the BunsBy Irritus185 "So…my house or yours? " A sigh and exasperated chuckle. "Why do you always make everything a double entendre? " "Why else? "Oh? "You know…" A wide sweep of the arm. Roll of the eyes. "Idiot. "I love it when you talk dirty. " "And now I'm leaving…" "Aww…Tenten!

" "See you tomorrow, Naruto-kun. " "…you tease. " Come Full Circle Chapter 11: 08: The Rising Water, a naruto fanfic. Come Full Circleby: knuckz Summary: Ninjas use taijutsu to beat their opponents down, genjutsu to disillusion them, ninjutsu to destroy them or heal them, and weaponry for quick kills. 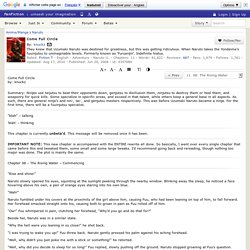 Some specialize in specific areas, and exceed in that talent, while others keep a general base in all aspects. As such, there are general ninja's and nin-, tai-, and genjutsu masters respectively. This was before Uzumaki Naruto became a ninja. For the first time, there will be a fuuinjutsu specialist. "blah" – talking. The Melt Chapter 34: Update on my Inactivity Not a Chapter, a naruto fanfic. To all my readers, 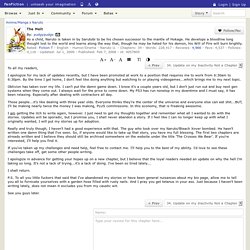 Roku Naruto Chapter 19 IMPORTANT NOTE, a naruto fanfic. Yes, it's been a while. 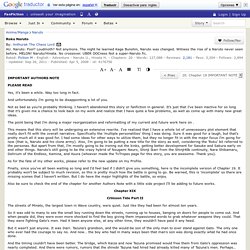 Way too long in fact. And unfortunately I'm going to be disappointing a lot of you. Not as bad as you're probably thinking. I haven't abandoned this story or fanfiction in general. It's just that I've been inactive for so long that it's given me a chance to look back on my work and realize that I have quite a few problems, as well as come up with many new great ideas.

The point being that I'm doing a major reorganization and reformatting of my current and future work here on . This means that this story will be undergoing an extensive rewrite. As for the fate of my other works, please refer to the new update on my Profile. Finally, since you've all been waiting so long and I'd feel bad if I didn't give you something, here is the incomplete version of Chapter 19.

Also be sure to check the end of the chapter for another Authors Note with a little side project I'll be adding to future works. Chapter XIX Crimson Tide Part II. Come Full Circle Chapter 11: 08: The Rising Water, a naruto fanfic. The Uzumaki Tag Company Chapter 9: Tales From the Dunes, a naruto fanfic. This is AM, welcome back after a long break to the Uzumaki Tag Company. 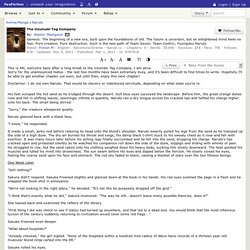 I am alive. Sorry for the unannounced hiatus - the last few months have been extremely busy, and it's been difficult to find times to write. Hopefully I'll be able to get another chapter out soon, but until then, enjoy this next chapter! Disclaimer: I do not own Naruto. That would be slavery or indentured servitude, depending on what state you're in. His feet scooped the hot sand as he trudged through the desert. "Sorry," the creature whispered quietly. The Myriad Paths of Uzumaki Naruto: Seals Chapter 2, a naruto fanfic. "Life is good" Hiruzen Sarutobi mused as he sat in his office, working through the early morning paperwork. 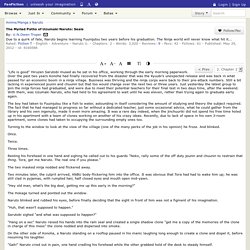 Over the past two years Konoha had finally recovered from the disaster that was the Kyuubi's unexpected release and was back in what passed for an economic boom in a ninja village. Business was thriving and the ninja corps were back to their pre-attack numbers. Still a bit lacking in experienced jounin and chuunin but that too would change over the next two or three years. Just yesterday the latest group to join the ninja forces had graduated, and were due to meet their potential teachers for their final test in two days time, after the weekend.

With them, was Uzumaki Naruto, who had held to his agreement to wait until he was eleven, rather than trying again to graduate early again. The boy had taken to Fuuinjutsu like a fish to water, astounding in itself considering the amount of studying and theory the subject required. The Art and Science Chapter 3, a naruto fanfic. Well, first of all. 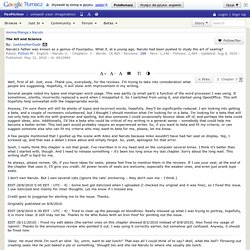 Just, wow. Thank you, everybody, for the reviews. I'm trying to take into consideration what people are suggesting. Hopefully, it will show with improvement in my writing. Several people noted my typos and improper word usage. Anyway, I'm sure there will still be plenty of typos and incorrect words, hopefully, they'll be significantly reduced. A few people mentioned that I goofed up the scene with Anko and Naruto because Anko wouldn't have had her seal on display.