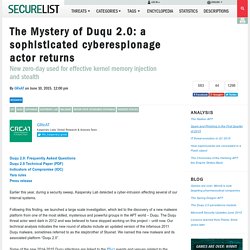 Following this finding, we launched a large scale investigation, which led to the discovery of a new malware platform from one of the most skilled, mysterious and powerful groups in the APT world – Duqu. The Duqu threat actor went dark in 2012 and was believed to have stopped working on this project – until now. Our technical analysis indicates the new round of attacks include an updated version of the infamous 2011 Duqu malware, sometimes referred to as the stepbrother of Stuxnet.

We named this new malware and its associated platform “Duqu 2.0”. Some of the new 2014-2015 Duqu infections are linked to the P5+1 events and venues related to the negotiations with Iran about a nuclear deal. MD5s Action loaders: Cores: C&C IPs. V Locker (variante de Cryptolocker) - La fin du cauchemar ? From the Labs: New developments in Microsoft Office malware. In September 2014, we wrote about a resurgence in VBA malware. 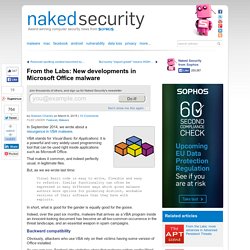 VBA stands for Visual Basic for Applications: it is a powerful and very widely-used programming tool that can be used right inside applications such as Microsoft Office. That makes it common, and indeed perfectly usual, in legitimate files. But, as we we wrote last time: Visual Basic code is easy to write, flexible and easy to refactor. Similar functionality can often be expressed in many different ways which gives malware authors more options for producing distinct, workable versions of their software than they have with exploits. In short, what is good for the gander is equally good for the goose. Indeed, over the past six months, malware that arrives as a VBA program inside an innocent-looking document has become an all-too-common occurrence in the threat landscape, and an essential weapon in spam campaigns. Backward compatibility Obviously, attackers who use VBA rely on their victims having some version of Office installed. 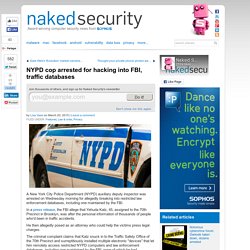 In a press release, the FBI allege that Yehuda Katz, 45, assigned to the 70th Precinct in Brooklyn, was after the personal information of thousands of people who'd been in traffic accidents. He then allegedly posed as an attorney who could help the victims press legal charges. The criminal complaint claims that Katz snuck in to the Traffic Safety Office of the 70th Precinct and surreptitiously installed multiple electronic "devices" that let him remotely access restricted NYPD computers and law enforcement databases, including one maintained by the FBI, none of which he had permission to access. One of the devices Katz allegedly installed was a hidden camera that captured a live image of the office and was capable of live-streaming over the internet. and. 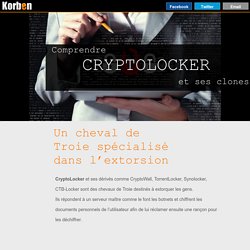 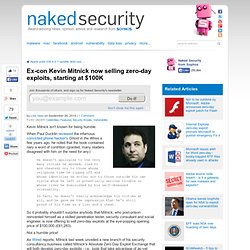 When Paul Ducklin reviewed the infamous convicted phone hacker's Ghost in the Wires a few years ago, he noted that the book contained nary a word of contrition (granted, many readers disagreed with him on the need for any): He doesn't apologise to the very many victims he abused, lied to and cheated; nor to those whose cellphone time he ripped off and whose identities he stole; nor to those outside his own circle whom he left in potentially serious trouble or whose lives he diminished by his self-obsessed criminality. In fact, he doesn't really acknowledge his victims at all, and he gave me the impression that he's still proud of his time as a liar and a cheat. 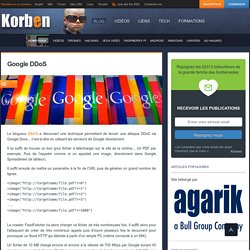