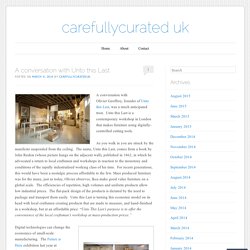 Unto this Last is a contemporary workshop in London that makes furniture using digitally-controlled cutting tools. As you walk in you are struck by the manifesto suspended from the ceiling. The name, Unto this Last, comes from a book by John Ruskin (whose picture hangs on the adjacent wall), published in 1862, in which he advocated a return to local craftsmen and workshops in reaction to the monotony and conditions of the rapidly industrialised working class of his time. For recent generations, this would have been a nostalgic process affordable to the few. Mass produced furniture was for the many, just as today, Olivier observes, Ikea make good value furniture on a global scale. Digital technologies can change the economics of small-scale manufacturing. Our conversation began with Olivier’s definition of the environment. The workshop is characterised by 3 principles. 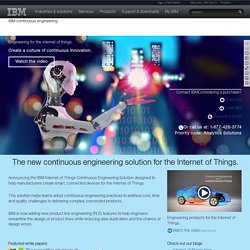 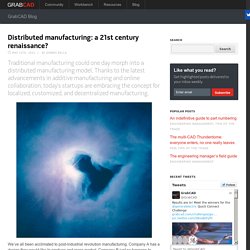 Thanks to the latest advancements in additive manufacturing and online collaboration, today’s startups are embracing the concept for localized, customized, and decentralized manufacturing. We’ve all been acclimated to post-industrial revolution manufacturing. Company A has a design they would like to produce and mass market. Company B just so happens to specialize in turning A’s design into a reality. 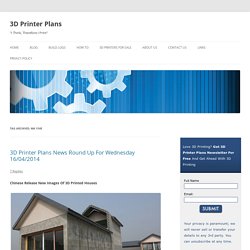 The ten houses were built entirely out of recycled materials, in less than 24 hours. The monstrous 3D printer measures 32-meters long, by 10-meters wide, by 6.6-meters high and is fully capable of printing the 200 square meter houses, in Shanghai’s Qingpu district. It uses a mixture of construction and industrial waste to produce each house. The inexpensive materials used during the printing process and the lack of labor, means each house can be printed for under $5,000, an impressive achievement for a relatively new construction process. According to the company, the printer was designed several years ago. Ma says that the company plans to build an entire villa with their printer and they also plan to build 100 recycling facilities around China to help keep up with demand. 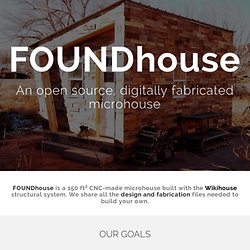 A small home helps makes us conscious of the things we own; makes us choose with intention what we spend our money, our time, and our energy on. Making the design accessible means making the construction simpler. Assembly of the structure requires no specialized tools or training. We've attempted to make components that can only be put together one way, minimizing mistakes. Open source and open copyright. Using a digital model linked to parametric softwares allows for easy adaptation for house size, orientation, site conditions, climate, etc. Investwood - Vantagens. Lathe. A metalworking lathe from 1911 showing component parts. a = bed b = carriage (with cross-slide and toolpost) c = headstock d = back gear (other geartrain nearby drives leadscrew) e = cone pulley for a belt drive from an external power source f = faceplate mounted on spindle g = tailstock h = leadscrew A watchmaker using a lathe to prepare a component cut from copper. 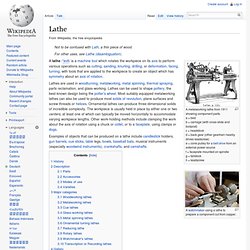 History[edit] The lathe is an ancient tool, dating at least to ancient Egypt and known to be used in Assyria and ancient Greece. The lathe was very important to the Industrial Revolution. The origin of turning dates to around 1300 BCE when the Ancient Egyptians first developed a two-person lathe. One of the first lathes in the UK was the horizontal boring machine that was installed by Jan Verbruggen (article in Dutch Wikipedia) in 1772 in the Royal Arsenal in Woolwich. 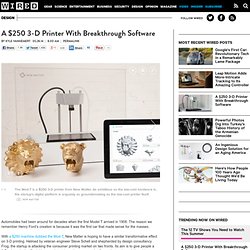 As ambitious as the low-cost hardware is, the startup's digital platform is arguably as groundbreaking as the low-cost printer itself. New Matter A clever bit of engineering is what lets New Matter sell the Mod-T at such a low price. By using just two rods to move the build plate, the number of components for the mechanism is far lower than other printers. "The way we see it, $1,000 or even $600 is too much for consumers to bear," says Steve Schnell, New Matter's founder. According to Ethan Imboden, a Frog VP who's been working with New Matter for the last several months, the store aspect could be even more important for the artists and designers crafting these 3-D objects.

"It requires a great bit of skill to create objects that will inspire people, and have utility to them, and that will print well," he says. Automobiles had been around for decades when the first Model T arrived in 1908. Solving the Cost Problem. Welcome to Funstep. Industrias a medida by Instituto Metropolitano de Diseño e Innovación. Descubra como fazer um Aplicativo Grátis - Home. Atom. CAD tools. Forward: The open source platform for custom e-commerce - with MongoDB. Garagem Fab Lab - São Paulo - Organization. Fab Lab Brasil.