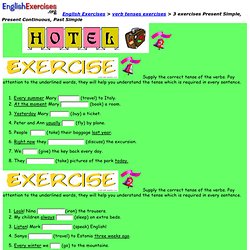 READING_Floods - Causes and Effects of Flooding. A flood is a body of water that covers land which is normally dry. 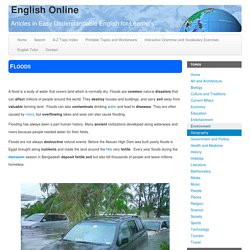 Floods are common natural disasters that can affect millions of people around the world. They destroy houses and buildings, and carry soil away from valuable farming land. Floods can also contaminate drinking water and lead to diseases. They are often caused by rivers, but overflowing lakes and seas can also cause flooding. Flooding has always been a part human history.

Floods are not always destructive natural events. Flooding near Key West, Florida How do floods occur? At least once a year the plains around large rivers are flooded. Rivers that flow slowly carry water, sand and silt. Coastal regions can also be affected by flooding. Tropical storms, cyclones and hurricanes also lead to flooding. Low-lying countries are in permanent danger of being flooded. Floods are also caused by humans. Flooded village in Sumatra after 2004 tsunami Flood protection Online Exercises Related Topics Words. U7_Amazon Longer Than Nile River, Scientists Say. June 18, 2007 The Amazon River, not the Nile, is the longest in the world, a team of Brazilian scientists claims. 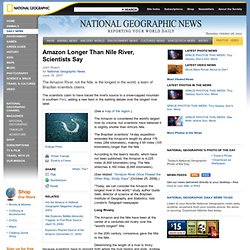 The scientists claim to have traced the river's source to a snow-capped mountain in southern Peru, adding a new twist in the swirling debate over the longest river label. (See a map of the region.) The Amazon is considered the world's largest river by volume, but scientists have believed it is slightly shorter than Africa's Nile. The Brazilian scientists' 14-day expedition extended the Amazon's length by about 176 miles (284 kilometers), making it 65 miles (105 kilometers) longer than the Nile. According to the team's results, which have not been published, the Amazon is 4,225 miles (6,800 kilometers) long.

Amazon river 'longer than Nile' Researchers in Brazil are claiming to have established as a scientific fact that the Amazon is the longest river in the world. 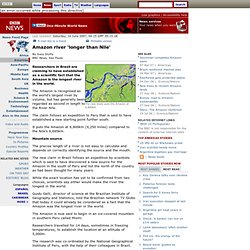 The Amazon is recognised as the world's largest river by volume, but has generally been regarded as second in length to the River Nile. The claim follows an expedition to Peru that is said to have established a new starting point further south. It puts the Amazon at 6,800km (4,250 miles) compared to the Nile's 6,695km. Mountain source. Longest River in the World. The Nile River is the longest river in the world. 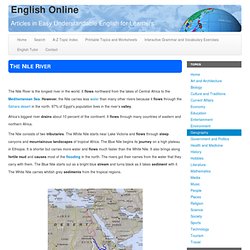 It flows northward from the lakes of Central Africa to the Mediterranean Sea. However, the Nile carries less water than many other rivers because it flows through the Sahara desert in the north. 97% of Egypt’s population lives in the river’s valley. Africa’s biggest river drains about 10 percent of the continent. It flows through many countries of eastern and northern Africa. The Nile consists of two tributaries. The two rivers join at Khartoum in Sudan. In the deserts between Khartoum and southern Egypt the Nile flows through a series of rapids called cataracts. U6_The Great British Menu: Fish and Chips - Listening Comprehension Exercise.

U5_Jobs_The Pink Panther has a job. Thank you for your comments. 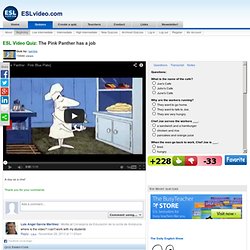 Use the embed code below to place this esl video quiz onto other webpages. U6_a few, a little, a lot. Thank you for your comments. 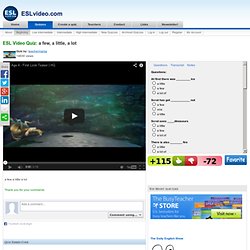 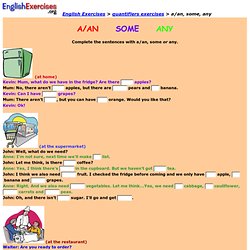 Are there apples? Mum: No, there aren't apples, but there are pears and banana. Kevin: Can I have grapes? Mum: There aren't , but you can have orange. U3_Erin Brockovich Trailer (good quality)