A Level Subject Mastery. Copy of Chapter 1 The American Revolution and the Slave Trade. 1968: the year that set the world on fire. The Mangrove Nine. The friends who drove a bus behind the Iron Curtain. Image copyright 1968 CRD253 Group In the summer of 1968, a group of friends adapted a double-decker bus and took it on a journey to Eastern Europe. 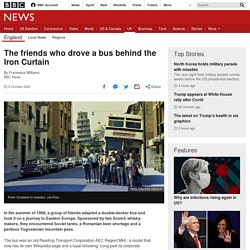 Sponsored by two Scotch whisky-makers, they encountered Soviet tanks, a Romanian beer shortage and a perilous Yugoslavian mountain pass. The bus was an old Reading Transport Corporation AEC Regent MkII - a model that now has its own Wikipedia page and a loyal following. Long past its corporate usefulness, the bus was lined up with an assortment of discarded relics outside a garage in Spittalfield, a small town north of Perth in Scotland. Ian Jack and his friend Dave Stickland had vague plans for some sort of summer road trip. Buying such a large vehicle was "a ridiculous idea", so they declined and left, Ian says. The trip was on. Image copyright Google. Posters that changed the world – in pictures. Joana Choumali: 'I set my imagination free on the photographs' Joana Choumali’s interest in photography began when, as a child in Abidjan in Ivory Coast, her family hired a local studio photographer to take a family portrait. 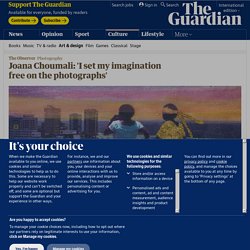 “I was fascinated by how he handled the camera and the lighting as well as the way he directed us,” she recalls. “It was almost like a ceremony. I remember asking him so many questions. That tacit communication and connection with other people through photography was what interested me the most. I wanted to do the same.” Having studied graphic arts and then worked in an advertising agency in Morocco, Choumali rekindled her childhood fascination with photography in 2011, initially creating work that merged portraiture and documentary to explore “an Africa caught between tradition and modernity”.

She began in 2018 by photographing at dawn in various African cities, including Accra, Casablanca and Dakar as well as Abidjan. Photo London Digital runs until 18 October. Aerial views of London: then and now – in pictures. I have been photographing aerial views over London from helicopters for more than 25 years. 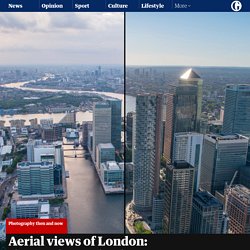 I first flew in the capital when I was 22, and looking at images from then it is incredible how much some areas have changed. We normally fly at an altitude of 750ft to 2,450ft. Gresham.ac. Revealed: Soviet spies targeted George Orwell during Spanish civil war. They had a common enemy in General Franco’s fascist-backed army, but that did not stop legions of communists, revolutionaries and anarchists in 1930s Spain warring among themselves, fuelled by internecine rivalries and paranoia. 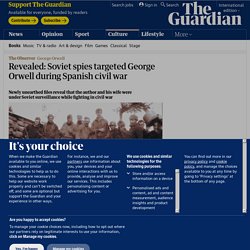 Now, new evidence has emerged that one of the most famous international fighters on the Republican side of the Spanish civil war was under surveillance by communist military intelligence. Wreck of the world’s oldest slave ship at risk of destruction. A 17th-century English shipwreck, the world’s earliest vessel linked to the transatlantic slave trade, is facing complete destruction by 21st-century fishing trawlers. 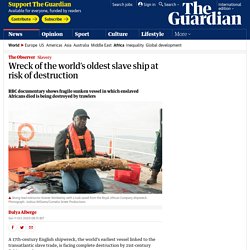 The 1680s Royal African Company trader – seen as a burial ground of slaves who perished on its final voyage – lies on the seabed about 40 miles south of Land’s End. It is being “pounded into oblivion” by “bulldozers of the deep”, claimed a leading British marine archaeologist. This was a trade that saw more than 12 million Africans taken across the Atlantic in 45,000 voyages over 400 years. Many did not survive the journey. Any submerged evidence offering insights into untold horrors that the slaves had endured on board such ships will be lost for ever, warned Dr Sean Kingsley. Enslaved review – Samuel L Jackson presents a brutally poignant history of the slave trade.

This year has seen a proliferation of freshly commissioned shows examining racism in response to the Black Lives Matter movement. 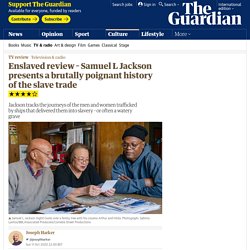 Enslaved (BBC Two, Sunday), however, predates the death of George Floyd, and would surely have been prominently screened regardless of this year’s events. After all, it has a bona-fide superstar presenter in Samuel L Jackson, alongside Afua Hirsch of the Guardian and investigative journalist Simcha Jacobovici. Clearly aware that there have already been numerous slavery documentaries, this four-part series seeks to tell a different story by uncovering new evidence. Full of wide, breathtaking aerial shots of the rivers and coastline of west and central Africa, where the slave trade flourished, it tracks the slave ships’ journeys from Africa to Brazil, the US, the Caribbean or, says Jackson, “the bottom of the ocean”.

Up to 1,000 slave ships are thought to have ended up as wrecks. Perhaps it is all about expectation. Last word to Hirsch, though. The UK government is trying to draw museums into a fake culture war. At the bottom of Oxford’s Cowley Road you won’t find a bronze statue of a colonial-era British soldier, in campaign dress and pith helmet, rifle raised to the ready position, that commemorates the Boer war. 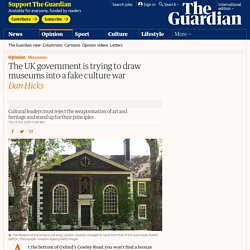 Nor will you find human skulls arranged by type for the purposes of so-called “race science” in Oxford University’s Museum of Natural History. That 1903 memorial to the Oxfordshire Light Infantryman was removed, with no nostalgic or jingoistic fuss, back in the 1950s. It now stands 10 miles away at Edward Brooks barracks, Abingdon. And those skulls were removed from anthropometric displays in 1946, as anthropology started the ongoing task of dismantling its racist infrastructure after the victory over fascism. The ongoing evolution of our historic built environment and museum displays, keeping in step with wider social change without heavy-handed governmental interference, is normal.

Until now. Let us be clear. Historic England: heritage sites at risk – in pictures. Time's Monster by Priya Satia review – living in the past. In his celebrated “Letter from Birmingham jail”, written in 1963 while in prison for having taken part in a banned march against segregation, Martin Luther King Jr describes receiving a letter from a “white brother in Texas” who had told him that “all Christians know that the coloured people will receive equal rights eventually, but it is possible that you are in too great a religious hurry”. 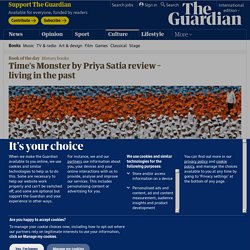 “Such an attitude”, King wrote, “stems from a tragic misconception of time”, from “the strangely irrational notion that there is something in the very flow of time that will inevitably cure all ills”. I was reminded of that line as I read Priya Satia’s Time’s Monster. For it’s the same “irrational notion” about “the flow of time” against which Satia, professor of international history at Stanford University, argues. Time’s Monster is a book about history and empire. Liberal imperialism was inherently contradictory, both demanding and denying freedoms and liberties. Turner’s Modern World review – a roaring, wondrous whirlpool of a show. It’s not standard practice for curators to draw attention to a masterpiece they failed to borrow. 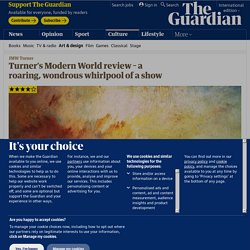 But right in the middle of Tate Britain’s roaring whirlpool of a Turner exhibition is a reproduction of his 1840 painting Slave Ship (Slavers Throwing Overboard the Dead and Dying, Typhoon Coming On). Apparently, it has become too frail to make the transatlantic journey from Boston’s Museum of Fine Arts – another twist in the story of the most devastating work of art ever made about the British slave trade. What can we learn about 2020 from the Black Death? Dorsey Armstrong has all the answers. A pandemic rages across the globe, leaving a trail of death, confusion and economic ruin, and changing everything. 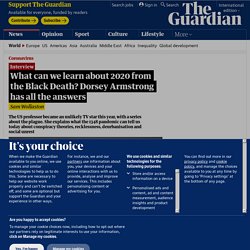 This is a new disease, about which little is understood. People and communities don’t know what to do, and they react in different ways – sensibly, understandably, honourably, idiotically, criminally. Cities go into lockdown, quarantine rules are introduced, new hospitals are built to try to cope with the numbers of sick. There are heroes and acts of kindness and selflessness.