'Most distant' Solar System object spied. Image copyright NASA/JPL-CALTECH/R.HURT Astronomers have identified the most distant object yet in the Solar System. 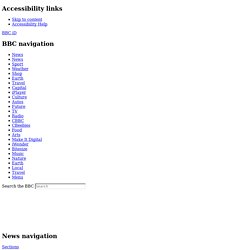 Observations with Japan's Subaru telescope reveal the likely icy body to be some 15.5 billion km from the Sun - about three times further away than even far-flung Pluto. Scientists say their initial studies suggest that the object - catalogued as V774104 - is some 500-1,000km across. Alien star system buzzed the Sun. An alien star passed through our Solar System just 70,000 years ago, astronomers have discovered. 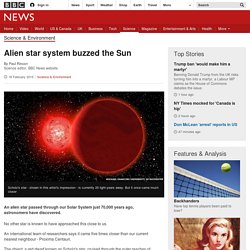 No other star is known to have approached this close to us. An international team of researchers says it came five times closer than our current nearest neighbour - Proxima Centauri. Dwarf planet Makemake examined for the first time. 21 November 2012Last updated at 13:01 ET An artist's impression shows the rocky world, distant from the Sun and lacking any obvious atmosphere Astronomers have obtained an important first look at the dwarf planet Makemake - finding it has no atmosphere. 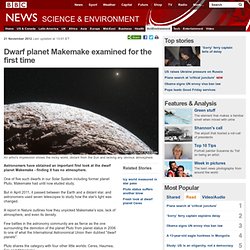 One of five such dwarfs in our Solar System including former planet Pluto, Makemake had until now eluded study. But in April 2011, it passed between the Earth and a distant star, and astronomers used seven telescopes to study how the star's light was changed. A report in Nature outlines how they unpicked Makemake's size, lack of atmosphere, and even its density. Voyager probe 'leaves Solar System' 12 September 2013Last updated at 14:00 ET By Jonathan Amos Science correspondent, BBC News. 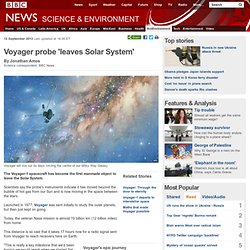 Voyager surfs Solar System's edge. "It could be any day, but it could also be several more years. 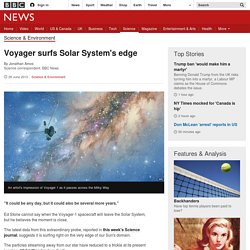 " Ed Stone cannot say when the Voyager-1 spacecraft will leave the Solar System, but he believes the moment is close. The latest data from this extraordinary probe, reported in this week's Science journal, suggests it is surfing right on the very edge of our Sun's domain. The particles streaming away from our star have reduced to a trickle at its present location, 18.5 billion km from Earth. Particles flying towards it from interstellar space, by contrast, have jumped markedly in the past year. Juno probe captures movie of Earth-Moon 'dance' 10 December 2013Last updated at 23:19 GMT By Jonathan Amos Science correspondent, BBC News, San Francisco. 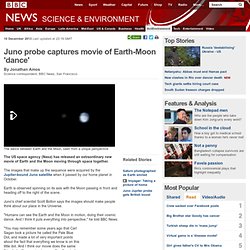 Viewpoint: Saturn snapped as Earth smiled. The US space agency (Nasa) has released a spectacular new picture of the Planet Saturn, acquired by the Cassini spacecraft in July. The image was produced as part of The Day The Earth Smiled Project, which was led by Dr Carolyn Porco. She describes how and why the picture was put together. Four months ago, our cameras on Cassini were commanded to execute a routine imaging sequence during an event that was anything but routine. Birth of the Moon: a runaway nuclear reaction? Spectacular force: A georeactor deep in the ancient Earth's D''-layer (dark orange layer near core) goes supercritical - suddenly increasing temperatures to 13,000ºC. 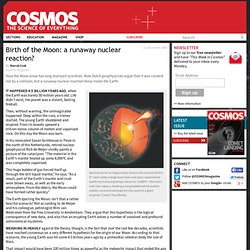 This turns rock into vapour, creating a rising bubble which pushes mantle, crust and atmosphere into space in a giant eruption. Credit: Theo Barten IT HAPPENED 4.5 BILLION YEARS AGO, when the Earth was barely 50 million years old. Life didn’t exist; the planet was a violent, boiling fireball. Aurora (astronomy) Images of the aurora australis and aurora borealis from around the world, including those with rarer red and blue lights An aurora, sometimes referred to as a polar light or northern light, is a natural light display in the sky, predominantly seen in the high latitude (Arctic and Antarctic) regions. 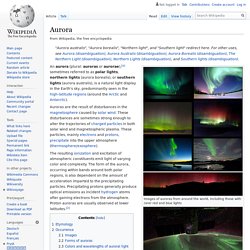 [a] Auroras are produced when the magnetosphere is sufficiently disturbed by the solar wind that the trajectories of charged particles in both solar wind and magnetospheric plasma, mainly in the form of electrons and protons, precipitate them into the upper atmosphere (thermosphere/exosphere), where their energy is lost. The resulting ionization and excitation of atmospheric constituents emits light of varying colour and complexity. The form of the aurora, occurring within bands around both polar regions, is also dependent on the amount of acceleration imparted to the precipitating particles.

Occurrence of terrestrial auroras[edit] North America Eurasia Images[edit] Visual forms and colors[edit] UK industry to build Solar Orbiter satellite. 26 April 2012Last updated at 14:14 ET By Jonathan Amos Science correspondent, BBC News Ralph Cordey from Astrium UK explains how the craft will be built to survive its mission to the Sun British industry will lead the production of Solar Orbiter (SolO), a spacecraft that will travel closer to the Sun than any satellite to date. 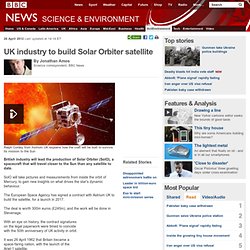 SolO will take pictures and measurements from inside the orbit of Mercury, to gain new insights on what drives the star's dynamic behaviour. The European Space Agency has signed a contract with Astrium UK to build the satellite, for a launch in 2017. Asteroid Vesta is 'last of a kind' rock. 11 May 2012Last updated at 07:34 ET By Jonathan Amos Science correspondent, BBC News A computer generated perspective of Rhea Silvia basin, which was dug out by an impact a billion years ago Vesta is the only remaining example of the original objects that came together to form the rocky planets, like Earth and Mars, some 4.6 billion years ago. 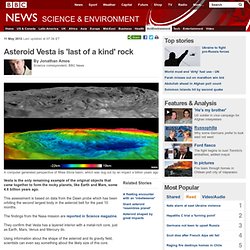