Beetle Creative » Blog Archive BIOMIMICRY OF ORCHIDS - structural form for the built environment. Joshua Anthony O’Meara, Supervisor: Sambit Datta Deakin University, Geelong, Australia The form of an object is a direct representation of the forces by which it has been subjected; forces both internal and external. 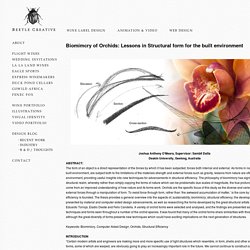 As forms in nature, like those of the built environment, are subject both to the limitations of the materials strength and external forces such as gravity, lessons from nature are often applicable to the built environment, providing useful insights into new techniques for advancements in structural efficiency. The philosophy of biomimicry has significant potential in the structural realm, whereby rather than simply copying the forms of nature which can be problematic due scales of magnitude, the true profundities are believed to come from an improved understanding of how nature and its forms work.

Orchids are the specific focus of this study as the diverse and varied forms often overcome external forces through a manipulation of form. 1.1. 1.2. 1.3. 1.4. Nature as model. Closest point on mesh. Isler ice. Form finding software. Nanostructured Materials and Shaped Solids for Essential Improvement of Energetic Effectiveness and Safety of Nuclear Reactors and Radioactive Wastes. 1. 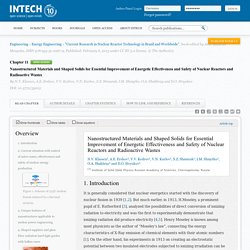 Introduction It is generally considered that nuclear energetics started with the discovery of nuclear fission in 1939 [1,2]. But much earlier, in 1913, H.Moseley, a prominent pupil of E. Rutherford [3], analyzed the possibilities of direct conversion of ionizing radiation to electricity and was the first to experimentally demonstrate that ionizing radiation did produce electricity [4,5]. Henry Moseley is known among most physicists as the author of “Moseley’s law”, connecting the energy characteristics of X-Ray emission of chemical elements with their atomic numbers [1]. The abovementioned disasters at nuclear power plants with significant radioactive contamination of the environment and a large amount of human victims induced a severely negative attitude of the officials and human society to nuclear power engineering in most civilized countries. Treatise On Those Parts of Geometry Needed by Craftsmen. Circle packing – theory and practice.

I am spending a few months in Göttingen as a Courant Distinguished Visiting Professor, and talking a bit to Laurent Bartholdi about rational functions — i.e. holomorphic maps from the Riemann sphere to itself. 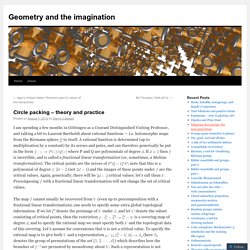 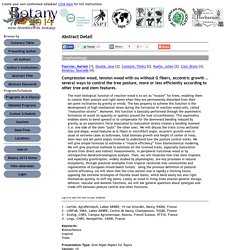 Compression wood, tension wood with ou without G fibers, eccentric growth … several ways to control the tree posture, more or less efficiently according to other tree and stem features. Asymmetric formation of wood. Reaction wood « Swindon & District Bonsai. Many bonsai artists are looking to develop their trees and in order to do this, they need to manipulate where branches are located and this can be difficult on larger thicker branches and advanced bonsai material. 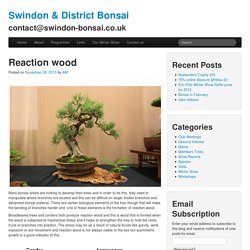 There are certain biological elements of the tree though that will make the bending of branches harder and one of these elements is the formation of reaction wood. Broadleaved trees and conifers both produce reaction wood and this is wood that is formed when the wood is subjected to mechanical stress and it helps to strengthen the tree to hold the roots, trunk or branches into position. The stress may be as a result of natural forces like gravity, wind, exposure or soil movement and reaction wood is not always visible to the eye but asymmetric growth is a good indicator of this. Hyperboloidal Models. Grasshopper is a pretty cool guy. 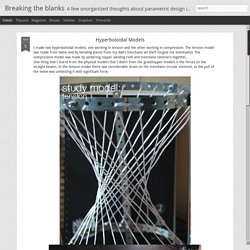 It has given a generation of architecture students their first taste of programming, and has prompted interest in procedural geometry/parametric modelling/etc. Despite its achievements, Grasshopper has two issues in my mind: the issue of confining users to functional programming, and the more specific problem of storing data in two dimensional arrays. This post will deal with the first. First, let me quickly summarize the difference between two different programming paradigms. Research-catalog.jpg (JPEG Image, 612 × 792 pixels) Fetch.php. Pin by Jacqueline Janssen on Texture and material. Green Real Estate Appraiser. Unique, affordable, environmentally friendly and easy to set up, a Pacific Yurt is an outstanding choice for a vast range of personal uses, including: Vacation Home or Cabin, Temporary Housing, Guest Lodging, Studio / Office, Spa Enclosure, and Meditation/Fitness Room What is a Yurts? 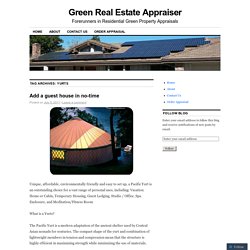 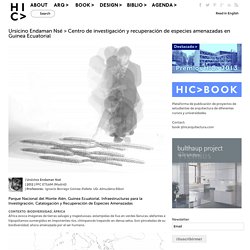 Breakthrough: How Mechanical Loads incourage zone of ranvier and growth plate formation - Natural Height Growth. Here’s a diagram showing the zone of Ranvier in relation to the growth plate: If we know what stresses are responsible for forming growth plates we can re-induce these mechanical stresses to form new growth plates. 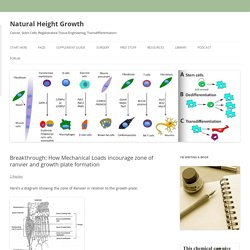 This study would be more significant except it was published in 1988 before the scientific community began to focus more on genes and cellular epigenetics. Just because the highly undifferentiated cells of a juvenile or infant may be induced to differentiate into the cells composing the Zone of Ranvier and in turn the growth plate does not mean that adult mesenchymal stem cells will do the same thing. And I think going back to these old studies is a good thing as they focued more on mechanical factors rather than retrovirus genetic engineering. One study found that interstitial fluid flow upregulates the mesenchymal condensation gene Msx2 but downregulates the chondrogenic gene Col2a1.