Eric Weisstein's World of Physics. Aliens on mars. All About Planet Mars for Kids – Was There Ever Life? « What does this planet look like? 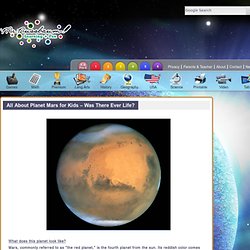 Mars, commonly referred to as “the red planet,” is the fourth planet from the sun. Its reddish color comes from the high amounts of iron oxide on its surface. Mars has surface features similar to those found on the moon and on Earth. It has mountain ranges, volcanic fields, valleys, ice caps, canyons and deserts. Kids' Club. Skip to main content NASA Kids Club › Text Only Site Let's Go to Mars! 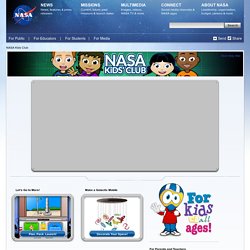 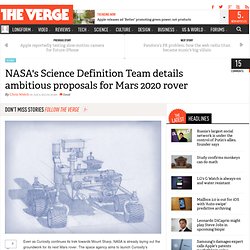 The space agency aims to launch Curiosity's successor in 2020, a mission it's describing as the climax in a series of initiatives centered around the red planet over the coming decade. Today, the Mars 2020 Science Definition Team — a group NASA assembled in January — delivered a 156-page report that offers proposals touching on what will be necessary in a technological sense from the next high-profile rover.