The John Maxwell Company. Larry King, who has made his living speaking to people as a television talk show host, believes that asking questions is the secret of good conversation. 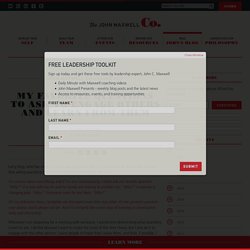 He says, I’m curious about everything, and if I’m at a cocktail party, I often ask my favorite question: “Why?” If a man tells me he and his family are moving to another city: “Why?” A woman is changing jobs: “Why?” Someone roots for the Mets: “Why?” Whenever I am preparing for a meeting with someone, I spend time determining what questions I want to ask. What Are Your Values? - Decision-Making Skills from MindTools.com. Mentorship scheme launched for women in the arts. University Women in the Arts is a new scheme to mentor the next generation of female leaders. 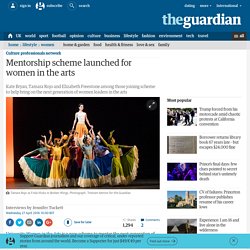 Launched recently at Drama Centre London at Central Saint Martins, the scheme will offer 10 female university students in the UK, at foundation, undergraduate or postgraduate level, the opportunity to meet and be mentored by some of the leading women in the UK arts scene. Here, three mentors share their thoughts on being a female arts professional and offer some advice to women who want to work in the sector. 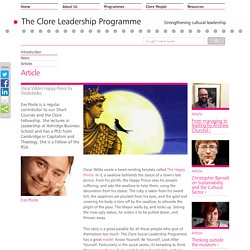 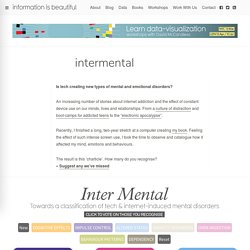 An increasing number of stories about internet addiction and the effect of constant device use on our minds, lives and relationships. The importance of a mentor: meet successful women and the mentors who shaped their careers. Journalist Sarah Biddlecombe, 27, says her mentor was key in giving her the confidence to break into the industry. 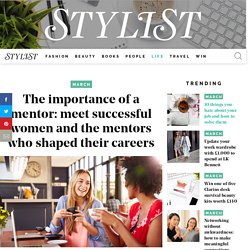 My mentor was Hilly James, an award-winning journalist and author who has acted as Assistant Editor of The Times and Features Editor of The Independent. I met her when I was studying for my MA in Magazine Journalism at City University. When I met Hilly, I had an idea for a news story that I wanted to pitch to a national paper, about underage teens using the dating app Tinder. Sign in - Google Accounts. One account. 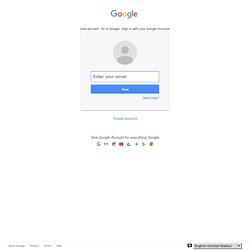 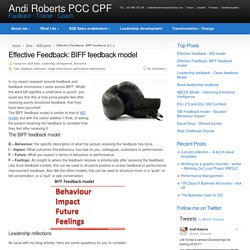 Whilst the word biff signifies a small blow or punch, you could say that this is how some people feel after receiving poorly structured feedback, that they have been punched! The BIFF feedback model is similar to that of AID model, but with the useful addition I think, of asking the person receiving the feedback to consider how they feel after receiving it. B – Behaviour: the specific description of what the person receiving the feedback has done. I – Impact: What outcomes this behaviour has had on you, colleagues, customers or performance. F – Future: What you expect in terms of behaviour or performance. 5 tips for receiving feedback - Andi Roberts. Over the last few months I have written a series of articles on preparing, framing and giving feedback to people in organisations. 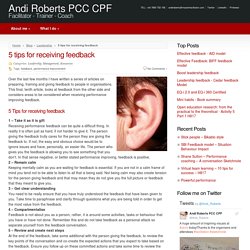 This final, tenth article, looks at feedback from the other side and considers areas to be considered when receiving performance improving feedback. 1 – Take it as it is gift Receiving performance feedback can be quite a difficult thing. In reality it is often just as hard, if not harder to give it. The person giving the feedback trully cares for the person they are giving the feedback to. 2 – Remain calm Keeping mentally calm as you are waiting for feedback is essential. 3 – Get clear understanding.

Sign in - Google Accounts. Wait But Why is creating high-quality blog posts. Farooq Chaudhry's vision of future cultural leaders. Leaders are defined by the context in which they live. 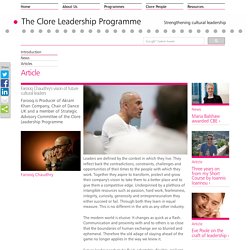 They reflect back the contradictions, constraints, challenges and opportunities of their times to the people with which they work. Together they aspire to transform, protect and grow their company's vision to take them to a better place and to give them a competitive edge. Underpinned by a plethora of intangible resources such as passion, hard work, fearlessness, integrity, curiosity, generosity and entrepreneurialism they either succeed or fail. Through both they learn in equal measure. Oscar Wilde's Happy Prince for Workoholics. Female theatre directors in the UK: why the need to "prove" ourselves? Young female theatre directors may have more role models to look up to in 2014 than in the past, but the structures and progression routes to leadership roles in theatre are still not working for them. 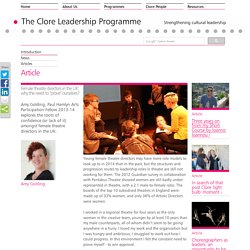 The 2012 Guardian survey in collaboration with Pentabus Theatre showed women are still badly under-represented in theatre, with a 2:1 male-to-female ratio. The boards of the top 10 subsidised theatres in England were made up of 33% women, and only 36% of Artistic Directors were women. Choreographers as leaders: an opportunity to be seized. Provoking discussion: a note on diversity and equality. Image: Chris Frazer Smith, 'Weighting' performed by Extraordinary Bodies featuring Jamie Beddard Diversity in the arts and media has been much spoken (and written about), but is the language a distraction? "Diversity" has become an abstract construct. In search of that post Clore 'light bulb' moment. Top Ten Tips from the Clore Fellows' Residential Retreat at Bore Place. NOWNESS PICKS. Are you a Red, Blue, Yellow or Green Personality Type. Insights Discovery® Colour Energies Explained.

​Portrait of a Dancer: Lauren Cuthbertson. The trust equation 1 638.