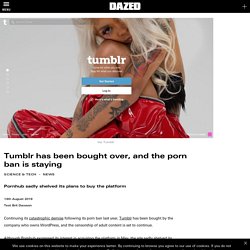 The site no longer allows such material but said existing posts that fell foul of its new policy would be hidden, not deleted. It also tried to reassure users that Tumblr would remain a place for free expression. However, in response to concerns about the accuracy of its software, Tumblr acknowledged it currently often wrongly blocked content because of poorly performing algorithms. "Having a post mistakenly flagged as adult totally sucks,” the company said in a blog post on Monday. “We understand and agree that there have been too many wrongfully flagged posts since we announced the policy change.”

It said it would encourage users to report incorrectly flagged content in order to help train its system. "Tumblr is being lazy by banning all adult content," one user wrote. It had $4.6bn (£3.6bn) of its value written off by its owner, Verizon. Dear Tumblr: Banning "Adult Content" Won't Make Your Site Better But It Will Harm Sex-Positive Communities. Social media platform Tumblr has announced a ban on so-called “adult content,” a move made, it seems, in reaction to Tumblr’s app being removed from the Apple app store. 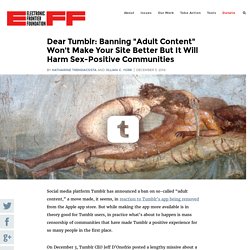 But while making the app more available is in theory good for Tumblr users, in practice what’s about to happen is mass censorship of communities that have made Tumblr a positive experience for so many people in the first place. Tumblr bans all adult content, such as “female-presenting nipples” Tumblr, the mainstream web's last redoubt for niche smut in general and queer smut in particular, is going to clean house. 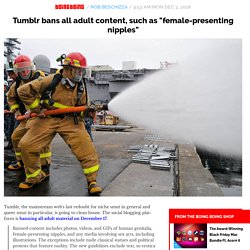 Illustrations and art that feature nudity are still okay — so long as sex acts aren’t depicted — and so are breast-feeding and after birth photos. Even the cold dead embrace of a Yahoo! That phrase Tumblr uses, "female-presenting nipples", is rather on the nose. I wonder, though, if it exposes a specific hidden rule that Apple would not publicly disclose in Appstore guidelines that speak only abstractly against pornographic material, but which it has told Verizon is a specific criterion. 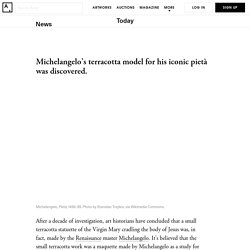 The four new statues will be devoted to jazz great Billie Holiday (in Queens), 19th century civil rights activist Elizabeth Jennings Graham (in Manhattan), women’s and children’s healthcare advocate Dr. Helen Rodríguez Trías (in the Bronx), and lifesaving lighthouse keeper Katherine Walker (in Staten Island). The new statues join another monument to a woman already in the pipeline. A statue of Shirley Chisholm, the first black woman in the U.S.

House of Representatives, will be erected in her native Brooklyn. “We pledged to do better by the leaders, achievers and artists who have not gotten their due in the histories written by men,” McCary was quoted by the New York Times as saying during a speech announcing the new batch of statues. A better, more positive Tumblr. Apple Sucked Tumblr Into Its Walled Garden, Where Sex Is Bad. Last week, the Supreme Court heard arguments in a case that claims Apple holds illegal monopoly power over iOS’s App Store and thus over the apps that are used on iPhones. 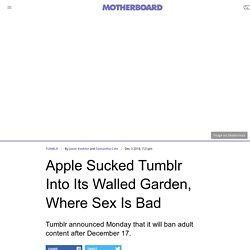