VIDEO: Chopstix – Sai Baba ft. Ceeza, Dremo, TuBurna, Ichaba & Dnyra. MIXTAPE: Dj Unbeetable – Afrobeats 104 Mix 2016. TheBuzz: Olamide in Thug of war with Don Jazzy on Over Headies Award. In an effort express his dissatisfaction, Olamide escorted another of his Artists’ Adekunle Gold who won the Best Alternative Song Award, to the stage to accept his award. 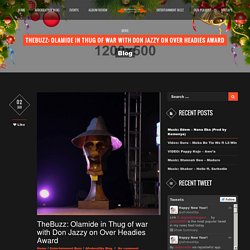 While on stage, Lil Kesh prostrated for Olamide who took the mic and said, “Let’s be honest, this award belongs to Lil Kesh, because Lil Kesh is our own Next Rated artist. F**k that shit! …. The streets ti take over. Every f**king single was a hit back to back. The Drama did not end there, Don Jazzy responded by saying “Egbon Olamide, if you want the car, come and collect it.” After the statement, Olamide took to twitter to lash out at Don Jazzy. We pray this havoc will be resolved soon and we await Osagie on #FactOnly Regarding the issue. Thanks for supporting. TheBuzz: Olamide apologises for his behaviour @ Headies. Cynthia DJ MVP feat. JJC Skillz & Uyino - Get Down. Gospel: Lara George – Total Surrender. Stonebwoy – By Grace. Stunnah Gee – Maduro. Stunnah Gee is arguably the most versatile Artiste at the moment and to prove this he has embarked on a campaign that’s never been done before by any of his contemporaries, this has been dubbed Stunnah Gee Fridays (#SGFridays). 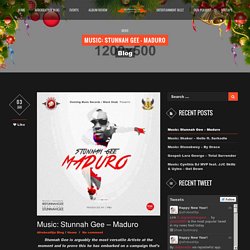 #SGFridays is a month long campaign unleashing unreleaed material from Stunnah. From Friday 1st January 2016 fans get to hear new material from him and also watch exclusive videos of some of the released singles. To kick start this flurry of hits, Stunnah Gee has released hit first hit single ‘Maduro’.This track is produced by his long time collaborator,producer P2J-The producer that brought his mega hit ‘Dengeme’ Maduro is a sexy club hit that shows off Stunnah’s ability to create hits for the dancefloors. 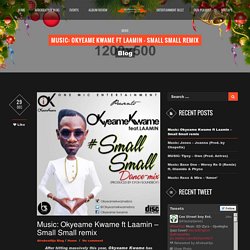 The original slow tempo Afro-classic track which features Lynx Entertainment’s MzVee was released in August and since then, it has been receiving good reviews and airplay across the country. “Small Small Remix” is a special Christmas and New Year gift from Okyeame Kwame to his avid supporters has have been through thick and thin with him throughout his musical journey. Download, listen and share your views below. Music: May7ven - Made Up My Mind (MUMM) – African Music Website. On the back of her critically acclaimed 2015 singles ‘What Ur Feelin‘ and ‘Werk‘ which were both championed by the likes of Capital Xtra, Reprezent Radio, Bang Radio and BBC Three Counties Radio among others, visionary singer, songwriter and Queen of Afrobeats May7ven is ushering in the new year with a bold new single titled ‘Made Up My Mind (MUMM)’. 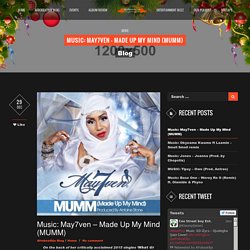 “With a stellar career in music, creating multiple platforms and paving the way for many, May7ven is the first independent Afrobeats artist to be A-listed on UK commercial radio and debut on MTV Base UK top 10 twice, a rear feat even for mainstream artists. May7ven has proven to be one of the most stylish, influential and innovative Afrobeats artists of our time, with massive hits such as ‘Ten Ten’, ‘Hey Mr’ and ‘Take Off My Clothes’, under her belt. . “ VIDEO: Sarkodie ft Pat Thomas – Bra – African Music Website. Music: Konga – I Wish – African Music Website. 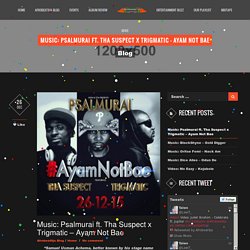 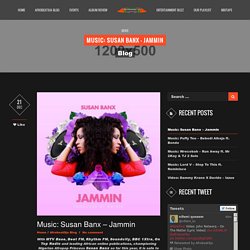 From ‘Dance Floor’ and ‘Home (Ile)’ to ‘That Kind Bobo’, Susan Banx continues to show that she is worth all the hype! “She rounds up the year with the release of her brand new single titled ‘Jammin’, which is produced by Eminik, and written by Banx in collaboration with Jeff Jones, Tomboxe and 2BadGuys. In her own words, ‘Jammin’ is “inspired by the way love fills life with warmth and music, I want this song ‘Jammin’ to take the listener on a beautiful love journey”.” Serving as a teaser for her forthcoming debut EP titled ‘Destiny’ which is scheduled to be released in 2016, ‘Jammin’ is only the tip of the iceberg of what fans and critics can expect from Susan Banx in the new year! Video: John Networq – On The Matter [Lyric Video] – African Music Website. 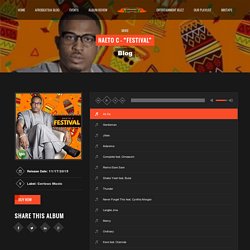 That’s a very audacious move, by all standards. Back in August, Super C released the rap project “Day 1” primarily for the hip-hop heads. Today, he follows it up with the more commercial body of work titled “Festival“. Features on the 15-track album include Omawumi, Bular, Cynthia Morgan, Olamide and Flavour, with production credits going to Maleek Berry, J.

Pizzle, Tee-Y Mix, Black Jerzey, e-Kelly, J. In an even more generous move, Naeto C has chosen to bless us with a FREE stream of the album. I’m currently listening to “Festival” as I type this up, and I gotta say I’m loving it so far. Note: We only post this for you valuable listener to feel the vibes and we are sorry for any inconveniences this might cause the management. Related. Music: DJ Smallz ft. Milli x Ycee – Yoruba Demon – African Music Website. Album Review – African Music Website. Loading Album Review All Genres Afro Hiphop ViewTracks King Mufasa – King Don Come (The EP) Mixtape: T.R – G.O.D EP. 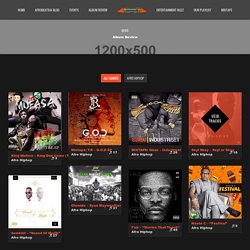