Let's own one pair of Nike LeBron 18 “Bred” Ex-DGP of Bihar meets Nitish Kumar; speculations of joining politics intensify. TRIBAL REVOLTS IN MODERN INDIA. Tribal revolts in areas of Indian subcontinent were not a novel phenomenon but their frequency and intensity increased drastically during the British rule. Some initial Tribal revolts included Kol revolt, Santhal revolt, Munda rebellion etc. in the 19th century.

GUPTA ART AND ARCHITECTURE. The political strength of the Guptas and the cultural florescence that they apparently fostered are often compared to aspects of the Maurya Dynasty, and, indeed, it has been suggested that the Guptas consciously looked back to the Maurya period for a model upon which to base their own empire. 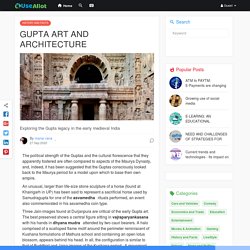 An unusual, larger than life-size stone sculpture of a horse (found at Khairigarh in UP) has been said to represent a sacrificial horse used by Samudragupta for one of the asvamedha rituals performed, an event also commemorated in his asvamedha coin type. Three Jain-images found at Durjanpura are critical of the early Gupta art. The best preserved shows a central figure sitting in vajraparyankasana with his hands in dhyana mudra attended by two cauri bearers. A halo comprised of a scalloped flame motif around the perimeter reminiscent of Kushana formulations of Mathura school and containing an open lotus blossom, appears behind his head. EXTREMISTS AND MODERATES DURING NATIONAL FREEDOM STRUGGLE. Moderates were the early nationalists who used legal means for freedom struggle. 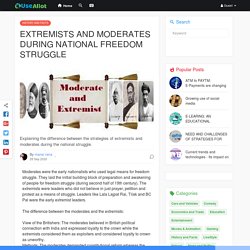 FRENCH REVOLUTION. The French Revolution (1789-1799) was one of the pivotal moments in the history of the Western world. 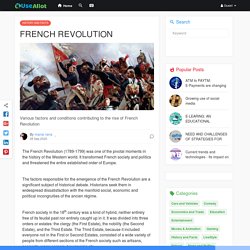 It transformed French society and politics and threatened the entire established order of Europe. Pros and cons of traveling. Every coin has two sides, one positive and another negative. 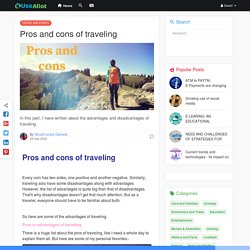 Similarly, traveling also have some disadvantages along with advantages. However, the list of advantages is quite big than that of disadvantages. That's why disadvantages doesn't get that much attention. But as a traveler, everyone should have to be familiar about both. Exploring India. India is from one of the most beautiful countries, known for it's tradition and culture. 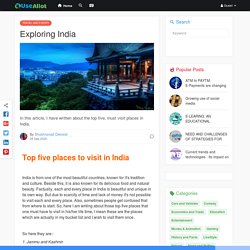 Beside this, it is also known for its delicious food and natural beauty. Factually, each and every place in India is beautiful and unique in its own way. But due to scarcity of time and lack of money it's not possible to visit each and every place. Also, sometimes people get confused that from where to start. So, here I am writing about those top five places that one must have to visit in his/her life time, I mean these are the places which are actually in my bucket list and I wish to visit them once. So here they are:- Newest Nike Air Zoom Pegasus 37 Grey Black For Buy DA4662-001. 2020 Jordan Shoes Jeff Staple teamed up with street fashion artist Warren Lotas, based on Nike SB Dunk Low Staple NYC, to bring a new collaborative version of the "Gray Pigeon" color scheme. 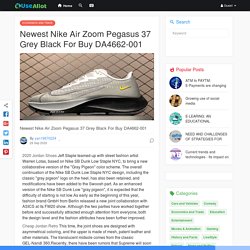 The overall continuation of the Nike SB Dunk Low Staple NYC design, including the classic "gray pigeon" logo on the heel, has also been retained, and modifications have been added to the Swoosh part. As an enhanced version of the Nike SB Dunk Low "gray pigeon", it is expected that the difficulty of starting is not low.As early as the beginning of this year, fashion brand GmbH from Berlin released a new joint collaboration with ASICS at its FW20 show.

Although the two parties have worked together before and successfully attracted enough attention from everyone, both the design level and the fashion attributes have been further improved. Monuments in India. Monuments, another great thing about India. 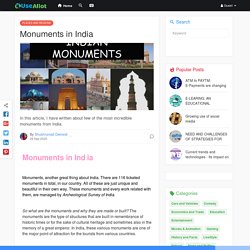 There are 116 ticketed monuments in total, in our country. Monuments in India-2. "What you leave behind is not what is engraved in stone monuments, but what woven into the lives of other.. 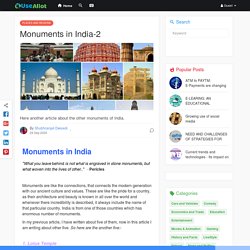 " - Pericles Monuments are like the connections, that connects the modern generation with our ancient culture and values. These are like the pride for a country, as their architecture and beauty is known in all over the world and whenever there incredibility is described, it always include the name of that particular country. India is from one of those countries which has enormous number of monuments. In my previous article, I have written about five of them, now in this article I am writing about other five. New Released Air Jordan 1 Mid SE Multi Patent. New colorways for the Jordan 1 Mid SE Multi Patent just keep popping up. 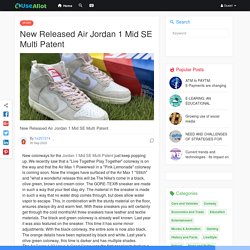 We recently saw that a "Live Together Play Together" colorway is on the way and that the Air Max 1 Powerwall in a "Pink Lemonade" colorway is coming soon. Now the images have surfaced of the Air Max 1 "Stitch" and "what a wonderful release this will be.The Nike's come in a black, olive green, brown and cream color. Joyous Jharakhand- Places to visit in Jharkhand. Joyous Jharkhand- Places to visit in Jharkhand " Traveling – it leaves you speechless, then turns you into a storyteller.... 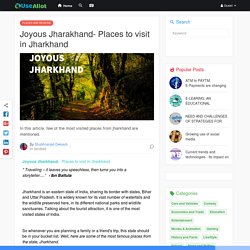 Jharkhand is an eastern state of India, sharing its border with states, Bihar and Uttar Pradesh. So whenever you are planning a family or a friend's trip, this state should be in your bucket list. Kalon Karnataka- Places to visit in Karnataka. Kalon Karnataka- Places to visit in Karnataka "Life is too short too wait, Go and explore.... " -William Shakespeare Karnataka is the largest state of south India, eighth most largest state by population, and sixth largest state by area, in India. Air Jordan 4 GS Lemon Venom Online Store. Soon, the fresh Air Jordan 1 Mid Pink Shadow in the version known as "Crater" will be available for sale.

The most interesting fact is that they are partly made of recycled materials.The issues of sustainable development and general ecology are currently the biggest and most important challenges for the clothing industry. Among all these companies there is also Nike, which tries to face the challenges and offers us more and more ecological solutions. You know you need scale for this, but every step forward is important.For example, in its "Crater" editions, the American giant uses ecological materials containing a mixture of canvas, polyester and recycled rubber.