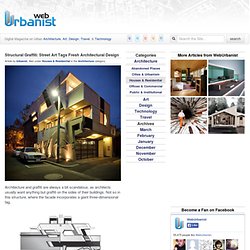 Architecture and graffiti are always a bit scandalous, as architects usually want anything but graffiti on the sides of their buildings. Not so in this structure, where the facade incorporates a giant three-dimensional tag. The complex, dubbed HIVE and built for an architect and street artist, has its title printed right into its walls, as well as other graphical elements like arrows that give the entire complex an urban dynamic. This project by ITN Architects dovetails into a tailor’s shop behind it, then transitions into an interior rivaling its complex exterior – all part of a theme of “hip hop buildings” being designed by this progressive firm. SpaceCraft. Vintage Ads. 2012 Finalists - Part 10. Menu 2012 Finalists Peter Park Waking Bench 2012 Finalists / Furniture / Student Katherine Marsh Mountain Top Table Reuben Foat Pattern Blanket Chest Brian DeWald Clock Erika Cross Page 10 of 50« First«...89101112...203040...»Last » 2014 Professional Finalists. Robot cleaners and the Museum of Me: Intel's vision of the future.

Over the last decade or so, the burgeoning culture industry has spawned museums at such a rate that it seems no small town or minor artist will be left unrepresented. 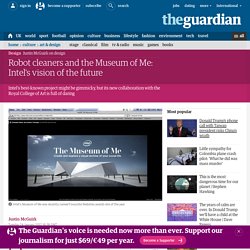 Now, social media has taken that logic to its absurd conclusion: it is not just minor artists who will get their own museum, we all will. Or so the creators of the Museum of Me would have us believe. Launched last year, and last week named the FWA (Favourite Website awards) site of the year, the Museum of Me turns your Facebook profile into a virtual exhibition. It sounds cheesy (and it is), but the fact that it already has more than 850,000 "likes" confirms that you can't underestimate the public's self-obsession. 59 Amazing Street Art collected by @themadray. Disjecta announces the 24 artists and artist-teams for next year's biennial, 'Portland2012' Disjecta has announced the 24 artists and artist-teams selected for its version of the Oregon Biennial, "Portland2012: A Biennial of Contemporary Art. 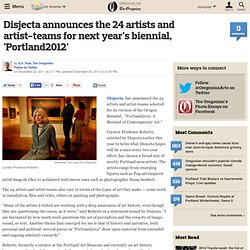 " Curator Prudence Roberts, selected by Disjecta earlier this year to helm what Disjecta hopes will be a once every two year effort, has chosen a broad mix of mostly Portland-area artists. The artists range from emerging figures such as Pop-art inspired artist Sang-ah Choi to acclaimed mid-career ones such as photographer Susan Seubert. The 24 artists and artist-teams also vary in terms of the types of art they make -- some work in installation, film and video, others in painting and photography. "Many of the artists I visited are working with a deep awareness of art history, even though they are questioning the canon, as it were," said Roberts in a statement issued by Disjecta. Designers & Books: What Iconic Designers Are Reading. By Maria Popova How to hack into the minds of the world’s leading design practitioners and critics. 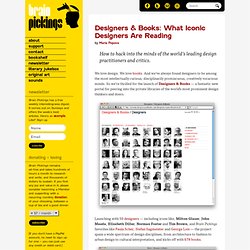 We love design. We love books. And we’ve always found designers to be among the most intellectually curious, disciplinarily promiscuous, creatively voracious minds. So we’re thrilled for the launch of Designers & Books — a fantastic new portal for peering into the private libraries of the world’s most prominent design thinkers and doers. Launching with 50 designers — including icons like, Milton Glaser, John Maeda, Elizabeth Diller, Norman Foster and Tim Brown, and Brain Pickings favorites like Paula Scher, Stefan Sagmeister and George Lois — the project spans a wide spectrum of design disciplines, from architecture to fashion to urban design to cultural interpretation, and kicks off with 678 books. Watch A 5-Minute Primer On The Fundamentals Of Product Design. Take a moment and glance around. Unless you’re standing naked in the wilderness, you’re surrounded by products: mass-produced, man-made artifacts as far as the eye can see. Every one of these things was designed by someone (or more likely, several someones), but how often do we notice or appreciate that fact?

A new short documentary from PBS’s Off Book web series sheds a bit of light on the often invisible, but massively influential practice of product design. A true history of product design could easily fill out a feature-length film, so Off Book’s video is more of a quick primer. But it still manages to touch on the past, present, and future of product design, embodied by three luminaries: Harvey Moscot of Moscot Eyewear, Yves Behar of fuseproject, and Peter Schmitt of MIT’s Personal Robotics Group. One key point that almost slips by unnoticed, though, is that of manufacturing feasibility. [Watch the film here | via Brain Pickings] Art Movements Directory. Art history. Where are Leonardo's lost works of art? Myths and stories attached to the great works of Leonardo da Vinci100 years since "Mona Lisa" was stolen from the Louvre, later recovered"Lost" works occasionally re-discovered, sparking hopes for othersCNN asks experts to name major lost works by the master; likelihood of them resurfacing London (CNN) -- It is 100 years since Leonardo da Vinci's "Mona Lisa" was stolen from the Louvre Museum in Paris by an Italian handyman and secreted away for two years before eventually coming to light again. 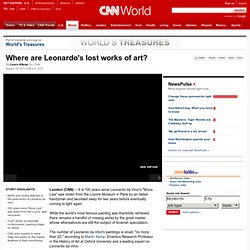 Finding Leonardo da Vinci's Florence. The Medicis: money, myth and mystery. In the Sainsbury wing of the National Gallery in London, the founding masterpieces of modern art are arrayed in all their splendour. 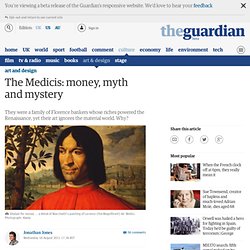 The modern idea of art – our belief that artworks deserve to be taken seriously not as mere decorations or religious icons but unique displays of imagination and intellect – began in Italy in the Renaissance. The city that was most self-conscious about this new idea of art in the 15th century was Florence, and here in the Sainsbury wing you can see some of the glories of that place and time: the Pollaiuolo brothers' Saint Sebastian, Fra Filippo Lippi's Annunciation, Sandro Botticelli's Venus and Mars. These artists had something important in common, beyond the fact that they all worked in 15th-century Florence. All of them had close ties with one family: the Medici. The Annunciation panel by Lippi actually comes from the Medici palace, and Antonio del Pollaiuolo painted decorations for this domestic temple of the arts. 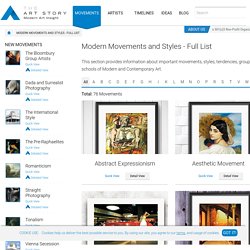 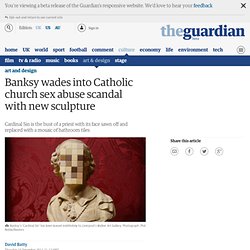 Cole Carothers. As an artist ages, he or she becomes increasingly sensitive to the world and more uncertain of how to proceed. 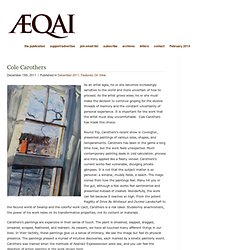 As the artist grows wiser, he or she must make the decision to continue groping for the elusive threads of memory and the constant uncertainty of personal experience. It is important for the work that the artist must stay uncomfortable. Cole Carothers has made this choice. Round Trip, Carothers’s recent show in Covington, presented paintings of various sizes, shapes, and temperaments. Carothers has been in the game a long time now, but the work feels unexpected. Carothers’s paintings are expansive in their sense of touch. A more persuasive type of digestion is also at work: the digestion of memory and experience. The transformation of subject into painting is fantastical—it is a translation of memory, recreating images with an otherworldly recollection that evades sentimentality yet remains deep with feeling. Another very different work carries a similar level of sincerity. Born Again. Tawara Yusaku at the Indianapolis Museum of Art. 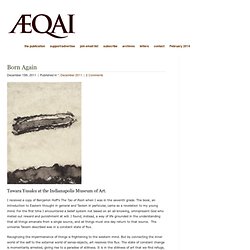 I received a copy of Benjamin Hoff’s The Tao of Pooh when I was in the seventh grade. The book, an introduction to Eastern thought in general and Taoism in particular, came as a revelation to my young mind. For the first time I encountered a belief system not based on an all-knowing, omnipresent God who meted out reward and punishment at will.

Art articles of interest. Films. Architecture, Landscape & Interior Design. Scott Barry Kaufman, Ph.D.: How Our Senses Influence Creativity. Do you focus on the forest or the trees? Whether you have more of a global (holistic) or local (detail-oriented) processing style influences how you fundamentally perceive the world, and it is one of the most prominent factors influencing creative thought. Beyond your personality, however, situational factors also play a crucial role in what kind of processing style you will have on a moment-to-moment basis. Throughout the day, situational factors are constantly shifting your processing style without your awareness.

Psychologists have identified lots of ways this operates. For instance, people are more likely to have a global processing style when they are feeling sad or thinking about the distant future. Most of these prior studies, however, have focused on the visual modality -- having people read and imagine scenarios. In each study, participants were given two tasks. As it turned out, the unconscious priming affected cognition.