Only way to stop Amazon Alexa recording you at home is to BIN it, experts warn. IF you don't want Alexa to record private conversations in your home then you shouldn't have one. 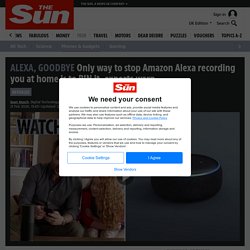 That's the verdict from cyber-experts who say the only way to truly keep your audio out of Amazon's hands is by ridding your home of Alexa. Amazon Echo speakers are an amazing gadget that can make your home life easier and more interesting. But the price you pay is privacy: Amazon stores your Alexa recordings, and sometimes sends those voice clips off to humans. This creates a privacy nightmare, as these conversations can be private – mistakenly picked up by Alexa. "If you don't want to be recorded, don't buy one – it’s as simple as that," said cyber-expert Keith Geragthy, of edgescan, speaking to The Sun. "We don’t realise how often we discuss sensitive information out loud.

"Remember that it is likely multiple devices in a modern home environment that are recording, not just your Alexa speaker. " Pulp diction: Samuel L Jackson to voice Amazon's Alexa. Interactions with Amazon’s virtual personal assistant Alexa could soon become considerably more entertaining – and profane – after actor Samuel L Jackson signed up to lend his voice to the device. 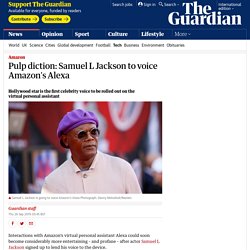 The Hollywood star is the first celebrity voice to be rolled out on Alexa, in a feature that will be made available to users later this year for a fee, according an announcement by the tech and retail giant on Wednesday. Amazon's Echo Show 5 takes up less space. Amazon didn't wait long after Google announced the Nest Hub Max at its May developer conference to introduce its latest smart display, the $90 Echo Show 5. 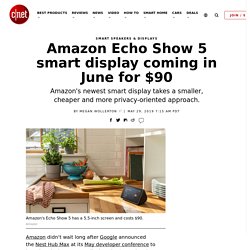 But unlike the 10-inch Hub Max -- a direct competitor to the 10-inch second-gen Echo Show -- the Echo Show 5 is aimed at the entry level side of the smart display category. With a 5.5-inch display, the Echo Show 5 is smaller than the Echo Show, but only slightly smaller than the the seven-inch screen on the Google Nest Hub (formerly the Google Home Hub), the popular smart display Google released last fall. An even smaller Google Assistant-based display called the Lenovo Smart Alarm Clock debuted at CES 2019 with a four-inch touchscreen, and is expected to hit the stores this spring for $80. Free Echo deal ends TODAY as Amazon also reveals another tempting offer. If you've been waiting to join the smart speaker revolution then now could be a good time to treat yourself to an Amazon Echo. 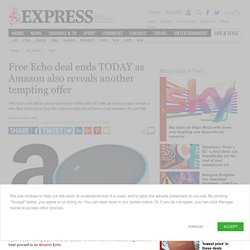 These intelligent devices have become a monster hit for the online retailer with them able to perform numerous tasks via simple voice controls. Using the in-built Alexa smart assistant, owners can ask for weather reports, check the latest news and even switch on the lights. Your favourite playlists and radio stations can also be played with Apple Music also recently arriving on the platform. Other useful features found on the Echo include being able to set timers, reminders and check travel reports before you set off for work in the morning. Amazon's standard Echo starts from £89.99 but there is a deal from BT broadband that offers customers the chance to get one for free. Prices for Superfast Fibre 2 cost £45.99 per month and also include a £60 Mastercard reward card.

Amazon Music’s free ad-supported tier goes live, but only for Alexa users. Amazon has launched a free tier of its music streaming service in the US that is ad-supported and available to use through the company’s Echo speaker and other Alexa devices. 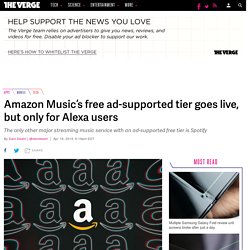 Billboard first broke the news about this free option earlier this week, and the tier went live today. This new version gives access to a selection of ad-supported top playlists and stations for free on compatible Alexa devices. Previously, the only ways to access Amazon’s music offerings were to buy a Prime membership, which has Prime Music bundled in, or to separately pay a monthly fee ranging from $3.99 to $9.99, depending on the tier. This launch puts Amazon in direct competition with Spotify. Until now, Spotify was the only on-demand music streaming provider to offer both a free, ad-supported tier and ad-free subscriptions. Amazon’s new all-in-one and laptop designs could get Alexa into even more PCs. Best accessories to use with your Echo Dot Kids Edition. Amazon Echo devices not working on Christmas Day - Alexa 'not understanding' owners.

UPDATE ONE: Many Amazon Echo owners have insisted the device's Alexa functionality is now working as normal following the earlier outage. 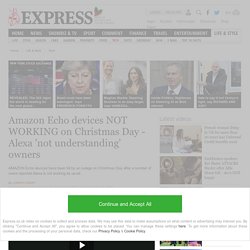 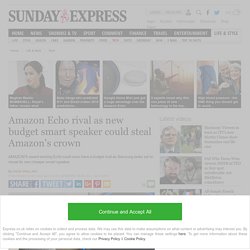 This intelligent device offers numerous voice-powered features including the ability to switch off the lights and listen to music simply by saying a command. Not only is the Echo incredibly accomplished at what it does but it also offers these smart features at a very low price with Amazon currently offering its entry-level Echo Dot for just £29.95. At that price, it's hardly surprising so many people have adopted these speakers but Amazon may soon have some more competition to fend off. The online retailer already has Apple and Google nipping at its heels and now it seems Samsung could soon be trying to steal some customers. The Korean technology firm announced a premium smart speaker late last year called the Galaxy Home.

This device is still yet to be officially released but it seems that a cheaper option could also be coming very soon. Amazon Echo just got a huge improvement and this is how you use it. Amazon Echo is hugely-popular thanks to its affordable price tag and wide-range of features. 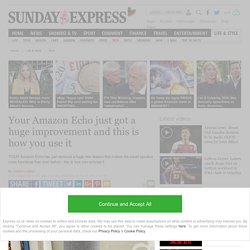 Although the hardware comes in a number of different varieties, the core Alexa functionality inside remains the same. Amazon regularly updates its speaker line to make it more interactive and intelligent overall. And now the tech behemoth has announced the newest addition that is rolling out to Echo devices, allowing Echo owners to have conversations with Alexa to find suitable playlists. If the user says “Alexa, what should I play?” , the speaker will then enquire about music tastes and other preferences. Such a functionality appears set to deliver a more personalised audio experience for Amazon fans.

My Media for Alexa - Introduction. Amazon's Alexa can now control your Xbox One.