The 6 Creepiest Places on Earth. Remember when we said Aokigahara was the Niagara falls of suicide? 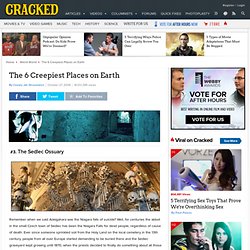 Well, for centuries the abbot in the small Czech town of Sedlec has been the Niagara Falls for dead people, regardless of cause of death. Ever since someone sprinkled soil from the Holy Land on the local cemetery in the 13th century, people from all over Europe started demanding to be buried there and the Sedlec graveyard kept growing until 1870, when the priests decided to finally do something about all those surplus bones lying around. Something insane. Bam! Chandelier full of bones! Today, the Sedlec Ossuary is a chapel famous for being decorated with tens of thousands of human bones. We realize this is the Czech Republic and all, but it has been 27 years, surely Poltergeist was released out there already. At this point, does it really surprise anyone that the church became the inspiration for Dr. A hotel? Come on dude, don't be a pussy, this place looks legit.

We also would've accepted "Our nightmares. " The Forgotten Villas of Italy. Doctor Zhivago’s Summer Home is currently taking Reservations Omar Sharif, best-known of course for his role as Doctor Zhivago, bought this cave house on the island of Lanzarote in the 1970s. 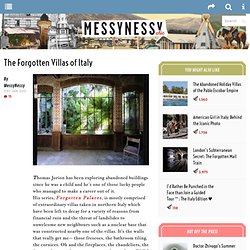 It was love at first sight when he discovered it during a press t... All Aboard the Incredible Flying Yacht, circa 1950 They don't call it the 'Golden Age of Travel' for nothing. If you thought you were having early symptoms of the pre-summer travel bug, this will surely finish you off. The Hidden Speakeasy Room found at Pixar Studios where Steve Jobs Hung Out. Abandoned Resort Hotel 3. 7 Abandoned Wonders of the USSR. Mallows Bay Ghost Fleet along the Potomac River, Maryland - A kayak trip. Kayak Trip to Mallows Bay - The History of the Ghost Fleet After paddling our wobbly kayak along the Potomac for over an hour, we finally saw an old rusted hull looming in the distance. 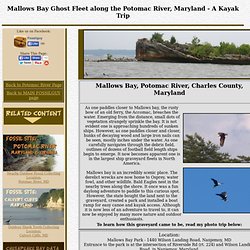 This old ferry, the "Accomac," was the first evidence that we made it to the ghost fleet of Mallows Bay. Traveling here was tough, but it was well worth it to paddle, and get lost in the history of Mallows Bay. Paddling up to the ferry, we heard warning cries from an Osprey tending to its nest on the ships' bow. After rounding the rusted bow and an angry Osprey, the ghost ships suddenly appeared. Built to carry cargo across the Atlantic to support the war effort in Europe, the ships arrived too little too late. Once W.W.I. was over, no one wanted the leaky, obsolete ships. Looking nothing like they did in 1918, the fleet of wooden steamships are now empty, rotting hulls poking haphazardly out of the water; a navigational nightmare even for our small kayak.

Hull identification is based on Shomette (1996). Haludovo, Abandoned hotel in Croatia. Russian Underground Submarine Base. Pripyat. Pripyat (Ukrainian: При́п'ять, Pryp’yat’; Russian: При́пять, Pripyat’ Pronunciation) is an abandoned city in northern Ukraine, near the border with Belarus. 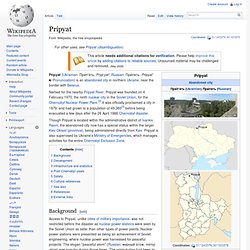 Named for the nearby Pripyat River, Pripyat was founded on 4 February 1970, the ninth nuclear city in the Soviet Union, for the Chernobyl Nuclear Power Plant.[2] It was officially proclaimed a city in 1979, and had grown to a population of 49,360[3] before being evacuated a few days after the 26 April 1986 Chernobyl disaster. Background[edit] Panoramic view of Pripyat in May 2009 Access to Pripyat, unlike cities of military importance, was not restricted before the disaster as nuclear power stations were seen by the Soviet Union as safer than other types of power plants. Development[edit] Along with its prime goal as being home to nuclear power plant's employees, Pripyat had been viewed as a major railroad and river cargo port in northern Ukraine. 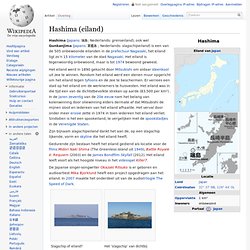 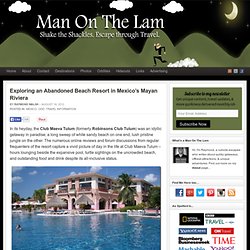 The numerous online reviews and forum discussions from regular frequenters of the resort capture a vivid picture of day in the life at Club Maeva Tulum – hours lounging beside the expansive pool, turtle sightings on the uncrowded beach, and outstanding food and drink despite its all-inclusive status. The only complaint appeared to be regarding the beds – seems the firmness of the mattresses didn’t quite suit the taste of a few. And although there were 300 rooms, they didn’t give out those ungodly neon wristbands – the family atmosphere the resort cultivated meant that they just seemed to know who was staying there and who wasn’t.

Hurricane Emily in July 2005 changed all that.