My sister lives on the mantelpiece

7/7 London terrorist bombings: The attacks that killed 52 people, in pictures. My Sister Lives On The Mantlepiece by Annabel Pitcher. Five years ago, Jamie's sister, Rose, was killed in a terrorist attack in London. 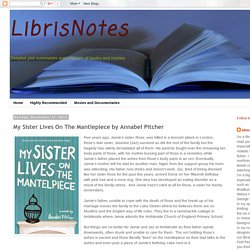 Rose's twin sister, Jasmine (Jaz) survived as did the rest of the family but the tragedy has utterly devastated all of them. His parents fought over the remaining ten body parts of Rose, with his mother burying part of Rose in a cemetery while Jamie's father placed the ashes from Rose's body parts in an urn. Bookrags. My Sister Lives on the Mantelpiece wins Branford Boase award. My Sister Lives On The Mantelpiece by Annabel Pitcher: review. The heavy-drinking father, who you sense intentionally is never fully fleshed out, is mired in racial prejudice, blaming Muslims for all the ills of Britain. 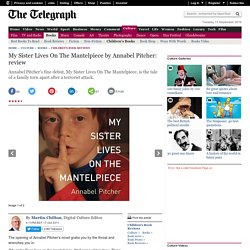 You take on trust that being mad with grief has created this sodden and sorry excuse for a father. Even he is not beyond redemption and he certainly fares better in the story than the uncaring, absent mother. My Sister Lives on the Mantelpiece. My Sister Lives On The Mantelpiece is a 2011 novel written by Annabel Pitcher. 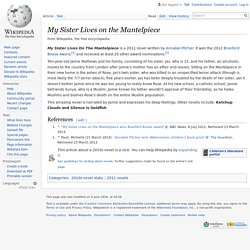 It won the 2012 Branford Boase Award,[1] and received at least 25 other award nominations.[2] Ten-year-old Jamie Mathews and his family, consisting of his sister, Jas, who is 15, and his father, an alcoholic, moves to the country from London after Jamie's mother has an affair and leaves. Sitting on the Mantelpiece in their new home is the ashes of Rose, Jas's twin sister, who was killed in an unspecified terror attack (though is most likely the 7/7 terror attack), five years earlier.

Jas has been deeply troubled by the death of her sister, yet it doesn't bother Jamie since he was too young to really know Rose. My Sister Lives on the Mantelpiece Trailer. 7 July 2005 London bombings. "7/7" redirects here. 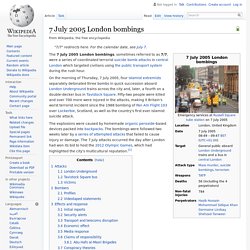 For the calendar date, see July 7. The 7 July 2005 London bombings, sometimes referred to as 7/7, were a series of coordinated terrorist suicide bomb attacks in central London which targeted civilians using the public transport system during the rush hour. On the morning of Thursday, 7 July 2005, four Islamist extremists separately detonated three bombs in quick succession aboard London Underground trains across the city and, later, a fourth on a double-decker bus in Tavistock Square. Fifty-two people were killed and over 700 more were injured in the attacks, making it Britain's worst terrorist incident since the 1988 bombing of Pan Am Flight 103 over Lockerbie, Scotland, as well as the country's first ever Islamist suicide attack. The explosions were caused by homemade organic peroxide-based devices packed into backpacks. 7 July London bombings: What happened that day? Image copyright PA Ten years ago, four suicide bombers with rucksacks full of explosives attacked central London, killing 52 people and injuring hundreds more. 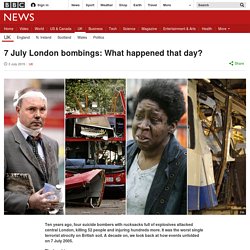 It was the worst single terrorist atrocity on British soil. A decade on, we look back at how events unfolded on 7 July 2005. The bombings. 'My Sister Lives on the Mantelpiece' by Annabel Pitcher Y9 Au1.