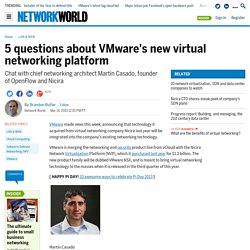 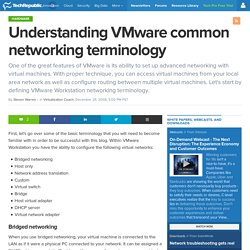 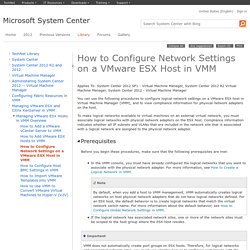 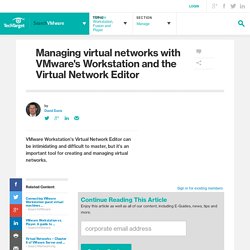 You can withdraw your consent at any time. Contact TechTarget at 275 Grove Street, Newton, MA. You also agree that your personal information may be transferred and processed in the United States, and that you have read and agree to the Terms of Use and the Privacy Policy. Many virtualization administrators find in VMware Workstation's networking configuration and its Virtual Network Editor intimidating and difficult to master. But given the flexibility you can gain from creating and managing virtual networks, the Virtual Network Editor is a valuable tool that you should include in your management arsenal. Default VMware Workstation virtual networks By default, there are three types of virtual networks in VMware Workstation. 1. 2. 3. Configuring a Virtual Network. Features | Documentation | Knowledge Base | Discussion Forums Prev Contents Last Next The first topics in this section give you a quick look at the virtual networking components that VMware Workstation provides and show how you can use them with your virtual machine. 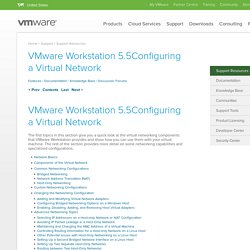 The rest of the section provides more detail on some networking capabilities and specialized configurations. Virtual networking concepts. Using VMware: Understanding the Virtual Switch. Introduction In this article we will explore the VMware ‘Virtual Switch’. 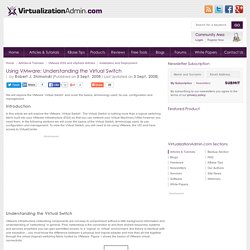