Scientists describe protein pumps that allow bacteria to resist drugs. Research teams led by Edward Yu of Iowa State University and the Ames Laboratory have described the structures of two proteins they believe pump antibiotics from bacteria, allowing the bacteria to resist medications. 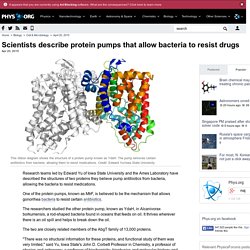 One of the protein pumps, known as MtrF, is believed to be the mechanism that allows gonorrhea bacteria to resist certain antibiotics. Microbes scared to death by virus presence. The microbes could surrender to the harmless virus, but instead freeze in place, dormant, waiting for their potential predator to go away, according to a recent study in mBio. 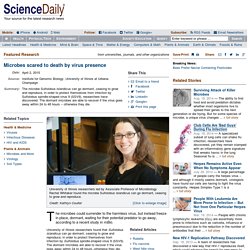 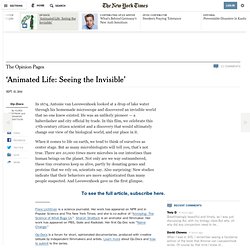 Cancer-fighting drugs might also stop malaria early. Scientists searching for new drugs to fight malaria have identified a number of compounds—some of which are currently in clinical trials to treat cancer—that could add to the anti-malarial arsenal. 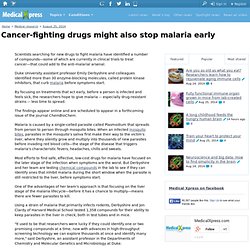 New Bacterial Life-Form Discovered in NASA and ESA Spacecraft Clean Rooms. High atop a platform inside a clean room at the European Space Agency’s (ESA) launch site in South America, scientists painstakingly searched for microbes near the Ariane 5 rocket due to launch the Herschel space telescope in May 2009. 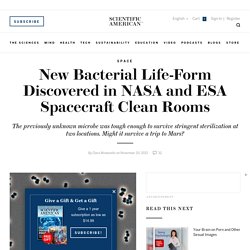 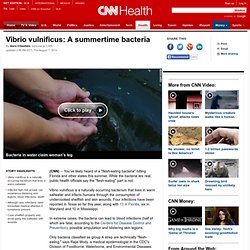 While the bacteria are real, public health officials say the "flesh-eating" part is not. Vibrio vulnificus is a naturally occurring bacterium that lives in warm saltwater and infects humans through the consumption of undercooked shellfish and skin wounds. Four infections have been reported in Texas so far this year, along with 13 in Florida, six in Maryland and 10 in Mississippi.

In extreme cases, the bacteria can lead to blood infections (half of which are fatal, according to the Centers for Disease Control and Prevention), possible amputation and blistering skin legions. 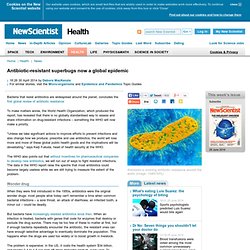 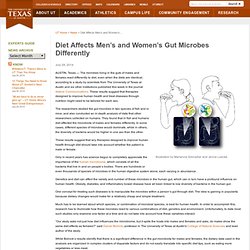 AUSTIN, Texas — The microbes living in the guts of males and females react differently to diet, even when the diets are identical, according to a study by scientists from The University of Texas at Austin and six other institutions published this week in the journal Nature Communications. These results suggest that therapies designed to improve human health and treat diseases through nutrition might need to be tailored for each sex. Las bacterias manipulan la sal para construir refugios en los que hibernar. Patrones biosalinos desecados formados por la interacción de células de Escherichia coli con la sal común. / J. 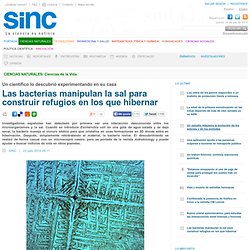 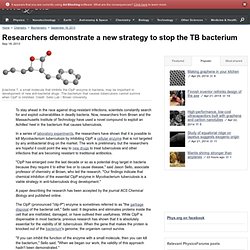 Mice Infected with Low-Virulence Strains of Toxoplasma gondii Lose Their Innate Aversion to Cat Urine, Even after Extensive Parasite Clearance. Toxoplasma-infected mice remain unafraid of cats even after parasite clearance. Chronic infection with the parasite Toxoplasma gondii can make mice lose their innate, hard-wired fear of cats. This loss of their innate fear may persist after the parasite is no longer detectable in their brains, suggesting that initial infection may cause permanent changes in the mechanisms underlying their fear of predators. The results are published September 18 in the open access journal PLOS ONE by Wendy Ingram and colleagues from the University of California, Berkeley.