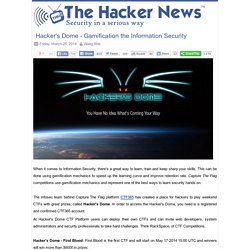 This can be done using gamification mechanics to speed up the learning curve and improve retention rate. Capture The Flag competitions use gamification mechanics and represent one of the best ways to learn security hands on. The Infosec team behind Capture The Flag platform CTF365 has created a place for hackers to play weekend CTFs with great prizes, called Hacker's Dome. In order to access the Hacker's Dome, you need is a registered and confirmed CTF365 account. Basic Connection and Configuration with the CLI - JUNOS Software with Enhanced Services Quick Start. [ Contents] [ Prev] [ Next] [ Report an Error] For CLI access, you connect from your management PC or laptop to the Services Router through the console port. 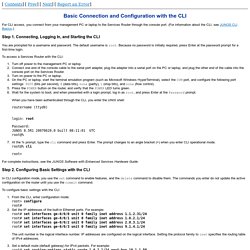 (For information about the CLI, see JUNOS CLI Basics.) Step 1. Connecting, Logging In, and Starting the CLI. News-195236-latest.kudrafa. Index of. Index of / Index of /Cisco/IOS/ Where Hackers and Security Experts Come to Train - Enigma Group. Best study material for CCNP Route. I passed ROUTE. This is how I did it for those interested. Hi I passed my CCNP ROUTE this morning. 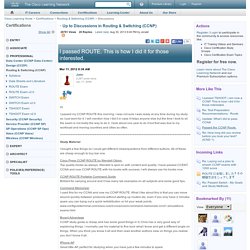 I was not sure I was ready at any time during my study so I just went for it. I will mention how I did it in case it helps anyone else but the time I took to sit the exam is not really the way to do it. I took about one year to do it but that was due to my workload and moving countries and cities so often.

Study Material I bought a few things so I could get different views/questions from different authors. Cisco Press CCNP ROUTE by Wendell Odom. Top quality books as always, Wendell is spot on with content and quality. Facebook. بالتفصيل كيفية اجتياز امتحان CCNA Exam. Compatible_cards. Version: 1.08 September 25, 2009 By: darkAudax Introduction A common question that people ask is “I have model ABC wireless card, is it compatible with Aircrack-ng?” 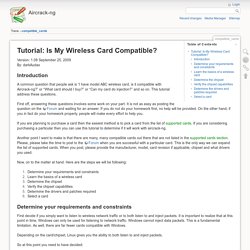 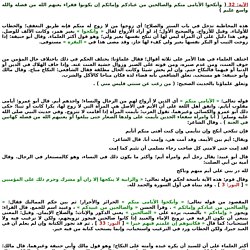 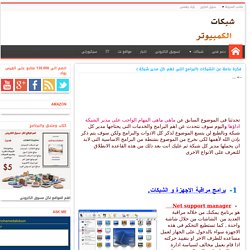 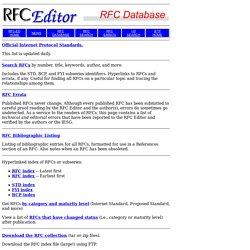 This list is updated daily. Search RFCs by number, title, keywords, author, and more. Includes the STD, BCP, and FYI subseries identifiers. Hyperlinks to RFCs and errata, if any. Useful for finding all RFCs on a particular topic and tracing the relationships among them. RFC Errata Published RFCs never change. RFC Bibliographic Listing Listing of bibliographic entries for all RFCs, formatted for use in a References section of an RFC. Which programming language is more relevant for networking professionals? Search Networking and Servers Books and eBooks. Enterprise composite network model. What is the difference between the Command Prompt and Windows Powershell? Windows PowerShell™ is a task-based command-line shell and scripting language designed especially for system administration. 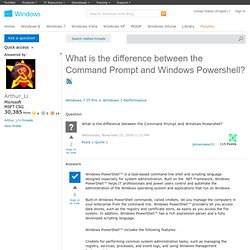 Built on the .NET Framework, Windows PowerShell™ helps IT professionals and power users control and automate the administration of the Windows operating system and applications that run on Windows. Built-in Windows PowerShell commands, called cmdlets, let you manage the computers in your enterprise from the command line. Windows PowerShell™ providers let you access data stores, such as the registry and certificate store, as easily as you access the file system. In addition, Windows PowerShell™ has a rich expression parser and a fully developed scripting language. 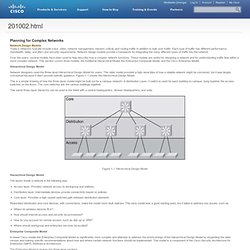 Each type of traffic has different performance (bandwidth, delay, and jitter) and security requirements. Network design models provide a framework for integrating the many different types of traffic into the network. Over the years, several models have been used to help describe how a complex network functions. Differences in IS-IS and OSPF encapsulation .. IS-IS is cool and runs directly over the data link alongside IP. 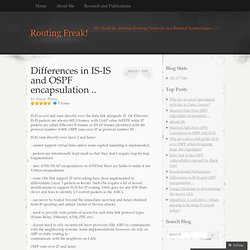 See also the client-server model, a progenitor concept A Service-Oriented Architecture (SOA) is a design pattern in which software/application components provide services to other software/application components via a protocol, typically over a network and in a loosely-coupled way. The principles of service-orientation are independent of any vendor, product or technology.[1] A service is a self-contained unit of functionality, such as retrieving an online bank statement.[2] By that definition, a service is a discretely invokable operation.

However, in the Web Services Definition Language (WSDL), a service is an interface definition that may list several discrete services/operations. Information for the World from Outer Space. Hacking Cisco. CCNPv6 ROUTE 642-902 Study Material. Ccnp route books 2013. Best study material for CCNP Route. How To Prepare for CCNP ROUTE. Here are a some tips/suggestions on how to prepare for the CCNP ROUTE exam I'd like to share based on my personal experience. Learning Material/Sources 1. CCNP ROUTE Official Certification Guide by Wendell Odom I used this book as my main learning material in studying for the exam. 2. This book offered me complementary knowledge on topics that were difficult for me and I needed more in-depth explanation that the OCG did not provide. 3.

Great addition to the series for last minute cramming. 4. How to send Gratuitous ARP? - IP Address - Windows 2000/NT. I realize this response is over 4 years old, but to directly answer the original question: If you want to send gratuitous ARPs in Windows, there appears to be only one way to do it: send raw Ethernet frames using a Windows kernel driver. In order to get started with a kernel driver that can do this, I would suggest you look at the WDK sample ndisprot.

And by the way, you probably would want to emit both kinds of gratuitous ARP. Gratuitous_ARP. Gratuitous ARP could mean both gratuitous ARP request or gratuitous ARP reply. Gratuitous in this case means a request/reply that is not normally needed according to the ARP specification (RFC 826) but could be used in some cases. A gratuitous ARP request is an AddressResolutionProtocol request packet where the source and destination IP are both set to the IP of the machine issuing the packet and the destination MAC is the broadcast address ff:ff:ff:ff:ff:ff. Ordinarily, no reply packet will occur. How to generate GRATUITOUS ARP REQUEST on FreeBSD using nemesis packet crafting tool - TCP/IP Networking. Before going deeper into gratuitous arp, I will introduce "nemesis". NEMESIS is a command line packet crafting tool able to generate l2 frames / ip packets giving one the possibility to manipulate the arp/ip/tcp/icmp headers. One and the only disadvantage I see is that it cannot close tcp handshakes (as far as I can see), but it is not the purpose of this article.