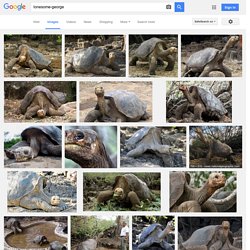 Big five game. In Africa, the big five game animals are the African lion, African elephant, Cape buffalo, African leopard, and White/Black rhinoceros.[1] The term big five game (sometimes capitalized or quoted as "Big Five") was coined by big-game hunters and refers to the five most difficult animals in Africa to hunt on foot. 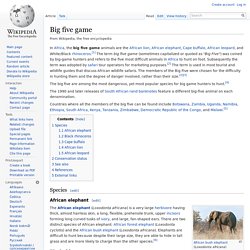 Subsequently the term was adopted by safari tour operators for marketing purposes.[2] The term is used in most tourist and wildlife guides that discuss African wildlife safaris. The members of the Big Five were chosen for the difficulty in hunting them and the degree of danger involved, rather than their size.[2][3] The big five are among the most dangerous, yet most popular species for big game hunters to hunt.[4] The 1990 and later releases of South African rand banknotes feature a different big-five animal on each denomination. Species[edit] African elephant[edit] Black rhinoceros[edit] Cape buffalo[edit] 5 Recently Extinct Animal Species. Is the world on the verge of losing the majority of its animals? 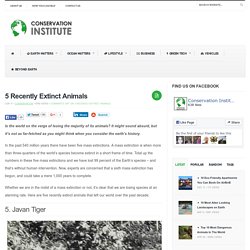 It might sound absurd, but it’s not as far-fetched as you might think when you consider the earth’s history. In the past 540 million years there have been five mass extinctions. A mass extinction is when more than three-quarters of the world’s species become extinct in a short frame of time. Total up the numbers in these five mass extinctions and we have lost 99 percent of the Earth’s species – and that’s without human intervention. Now, experts are concerned that a sixth mass extinction has begun, and could take a mere 1,000 years to complete.

Whether we are in the midst of a mass extinction or not, it’s clear that we are losing species at an alarming rate. Javan Tiger Declared Extinct in 2003 The Javan tiger was a big cat, but not in comparison to other tiger species. At one point, the Javan tigers inhabited all of Java. Due to hunting, loss of forest habitat and lack of prey, the number of Javan tigers dwindled. Comments. Where does most poaching happen? by Ricki Lockhart on Prezi. 10 Simple Ways YOU Can Help Stop Wildlife Poaching Today. Poaching and global wildlife crimes are some of the top reasons many species join the endangered list every year. 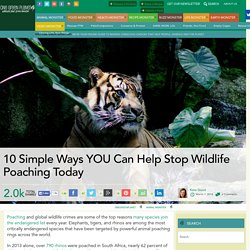 Elephants, tigers, and rhinos are among the most critically endangered species that have been targeted by powerful animal poaching rings across the world. In 2013 alone, over 790 rhinos were poached in South Africa, nearly 62 percent of African elephants were killed in the past 12 years, and the diminishing Asian Tiger population is hovering in the balance. According to the WWF, illegal wildlife trade is “the fifth most profitable illicit trade in the world, estimated at up to $10 billion annually,” ranking behind drug and weapons trafficking. Chances are you feel pretty helpless against those statistics. It’s easy to sympathize with these animals, but it can feel like these crimes are a world away from your own life.

If you’re in need of a little inspiration to determine how you can help save these animals, check out this list, and pass it on to all your friends! Petitions 1. When did poaching start? 11 Facts About Poaching Animals. Animals.nationalgeographic. Both black and white rhinoceroses are actually gray. 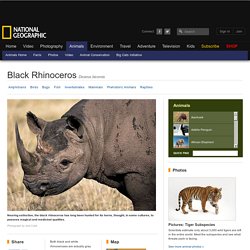 They are different not in color but in lip shape. The black rhino has a pointed upper lip, while its white relative has a squared lip. The difference in lip shape is related to the animals' diets. Black rhinos are browsers that get most of their sustenance from eating trees and bushes. They use their lips to pluck leaves and fruit from the branches. Except for females and their offspring, black rhinos are solitary. Black rhinos feed at night and during the gloaming hours of dawn and dusk.

Rhinos have sharp hearing and a keen sense of smell. Black rhinos boast two horns, the foremost more prominent than the other. Killing of Cecil the Lion Sparks Debate Over Trophy Hunts. The killing of one of Zimbabwe's best known and most-studied lions, Cecil the Lion, has stoked a debate around a growing trend in trophy hunting of endangered species. 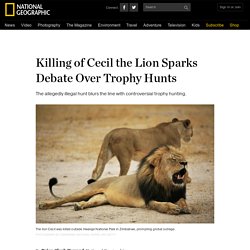 Cecil was shot with a bow, stalked for 40 hours, and gunned down by trophy hunters. The big cat was skinned and had his head removed. Thirteen-year-old Cecil had been studied by scientists from Oxford University as part of a project that has run since 1999. American dentist Walter James Palmer may have been the trigger man, Zimbabwe’s authorities alleged Tuesday. The hunt was not legal, the Zimbabwe Conservation Task Force (ZCTF) says. The incident has sparked international outcry and has led to calls for greater scrutiny of legal trophy hunting, as well as calls to end the practice entirely. Social Outrage With the rise of social media, many people around the world are increasingly voicing their opposition to big game hunting, both illegal and legal.

Those angered at Cecil’s death are also taking aim at Palmer. Tracking the Illegal Tusk Trade.