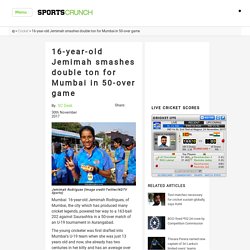 The young cricketer was first drafted into Mumbai’s U-19 team when she was just 13 years old and now, she already has two centuries in her kitty and has an average over 300 in the U-19 Super Leagues. Jemimah began playing the game at a very young age and had initially started as a bowler. The youngster is also an example of versatility as she also has represented Mumbai in hockey at the U-17 level. 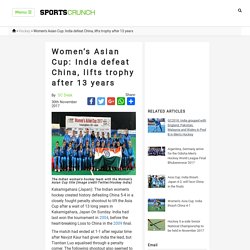 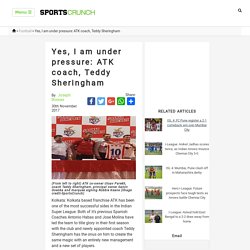 Both of it’s previous Spanish Coaches Antonio Habas and Jose Molina have led the team to title glory in their first season with the club and newly appointed coach Teddy Sheringham has the onus on him to create the same magic with an entirely new management and a new set of players. Coming on the back of a hugely successful career that saw him play for some of Europe’s top clubs like Manchester United and Tottenham, Teddy however admits that he ‘is under pressure’ of meeting up expectations that the previous ATK teams has set. 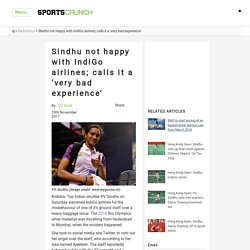 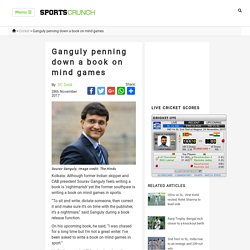 “To sit and write, dictate someone, then correct it and make sure it’s on time with the publisher, it’s a nightmare,” said Ganguly during a book release function. On his upcoming book, he said, “I was chased for a long time but I’m not a great writer. He further revealed, “It’s a book on how the player’s mindset is important to develop the sport and I found that pretty boring actually.” Ganguly’s cricketing journey is nothing short of eventful. Said Ganguly, “I have not started thinking about my autobiography. Comments Post a Comment. Don't undervalue Dhoni's experience: Adam Gilchrist - Don’t undervalue Dhoni’s experience: Adam Gilchrist 28th November 2017 Share: 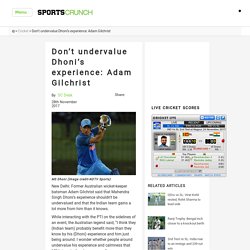 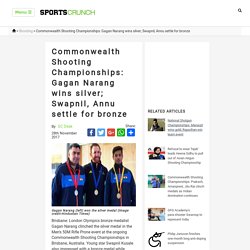 Young star Swapnil Kusale also impressed with a bronze medal while experienced campaigner Annu Raj Singh achieved the same standing, in the Women’s 25M Pistol event. The day started brightly for the Indians as both Gagan and Swapnil, competing in the same event qualified for the eight-men finals. “It was a very windy day and I had to dig deep. Gagan who was participating in a major tournament for the first time since the 2016 Rio Olympics looked sharp with every shot. 10M Air Pistol Gold medalist Heena Sidhu along with three other Indian Women qualified for the finals. Comments Post a Comment. 2017 is Srikanth's year: B Sai Praneeth. 2017 is Srikanth’s year: B Sai Praneeth 28th November 2017 Share: 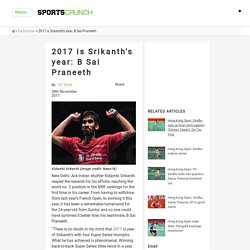 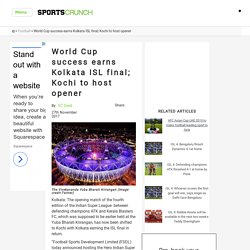 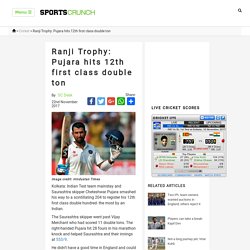 Resurgence in English football begins with U-17 World Cup win. Resurgence in English football begins with U-17 World Cup win 22nd November 2017 Share: England U-17 players celebrating with the U-17 World Cup (Image credit- Twitter) Kolkata: It was 30th July 1966 when England considered the home of football, won the World Cup for the first time in it’s history and that night at Wembley became the greatest night in English football. 50 years since then and all England could achieve was pain and agony, with the 1990 fourth place finish their biggest achievement in the FIFA tournaments. But all despair was put to rest when the ‘Three Lions’ returned to a city they once ruled, the pinnacle of Indian football and Kolkata once a British Capital (1772-1911), did not disappoint. Punjab State League: Minerva aim for a win against Punjab Police.

The prodigious batsman now has four first class hundreds in five matches-a feat second only to the great Sachin Tendulkar, who had seven first class tons before the age of 18. The visitors didn’t get to the best of starts as Akhil Herwadkar was sent back for just 14 by right-arm medium pacer Basant Mohanty. Shaw hit a total of 18 fours in his 105-run knock that came of 153 deliveries and after he was dismissed in the 44th over by Mohanty, Mumbai clearly were pushed to the back foot as they could score only 108 runs in the next 46 overs. Virat Kohli, Mithali Raj top ICC rankings. Virat Kohli, Mithali Raj top ICC rankings 22nd November 2017 Share: Virat Kohli and Mithali Raj (Image credit-newindianexpress.com and DNA India) Kolkata: In what can be called an unique feat, Virat Kohli and Mithali Raj-the respective captains of the Indian men’s and women’s cricket teams have climbed to the number one spot in the men’s and women’s ODI batting rankings.