Friends. Politics. Dr. Richard Schulze BLOG. Here, music. listen. Dw. Several times over the years i’ve seen a band more than once on a tour – usually they play complementary venues on a tour – a bit larger or a bit smaller than the previous gig. last autumn though i was lucky to see the same piece performed in two venues that were worlds apart. 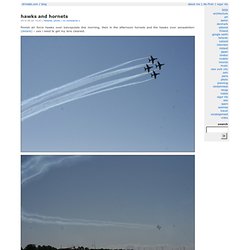 ‘music for 6 guitarists’ is a piece by australian musician ben frost, a name i’d heard many times over the years as he lives in iceland, but never got around to actually listening to the music. i finally purchased a sampler by ‘bedroom community‘ and i was hooked. amazing stuff. here are some pictures i took during the first performance – also below is the contrasting second performance… the second performance of the piece was a few weeks later in new york city, in the reading room of the new york public library on bryant park. despite bryant park being such a big part of my life over the years, i’d never really spent much time in the library or the reading room before this performance. Blog maverick. Writing for All Needs. The Life Hack. Warrior Poet. How Many People Can live On Planet Earth? This... Franklin Veaux's Journal - How to Tie a Simple Shinju (breast harness) Making a Simple Shinju The shinju shown here can be made in only a few minutes. 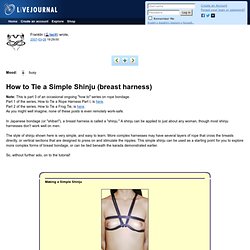 Many people prefer relatively short (20') lengths of rope for making a shinju; the rope I'm using here is longer than that, though it makes little difference.