Hidden gems from the past: Italian spy-movies of the '60s  You may have heard the soundtracks, now get ready for the technicolor extravaganza of sixties Italy Italian cinema has always been very quick to imitate famous Hollywood films. 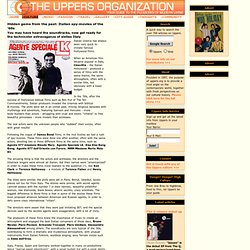 When an American film became popular in Italy, Cinecittà - the Italian Hollywood - produced a series of films with the same theme, the same atmosphere, often with a similar title, but obviously with a lower budget. In the '50s, after the success of Hollywood biblical films such as Ben Hur of The Ten Commandments, Italian producers invaded the cinemas with biblical B-movies. The plots were set in an unreal past, mixing religious episodes with mythology and adventure, featuring Samson and Hercules - more body-builders than actors - struggling with cruel and exotic "villains" to free beautiful princesses - more models than actresses.

The real actors were the unknown people who "dubbed" their voices, often with great results! Following the vogue of James Bond films, in the mid Sixties we had a rush of spy-movies. 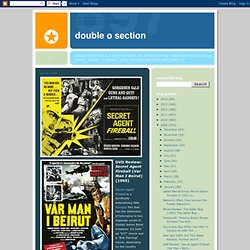 Even if you’ve never seen a Eurospy movie, you know the format. Something bad happens (in this case, "Italy’s Peter Lorre" Luciano Pigozzi kills a scientist with a nifty little dart-shooting pipe), causing the Western spy chief to call in his best agent (um, or whatever agent he can get), naturally interrupting said agent’s attempt to make time with some beautiful woman. And so we’re introduced to Bob Fleming (or, on the English soundtrack at least, "Bart Fleming... " What kind of secret agent name is that?)

Anyway, Fleming reports to his boss for the standard briefing. "That’s good," says Fleming. That’s right; I said "curtain. " The Russians, on the other hand, appear to enjoy an excess of building materials. An assassination at the nightclub leads to a car chase (with Fleming commandeering an ambulance) and the surprising revelation that the Hamburg police drive amphibious boat-cars! "Sure," says Bob. Search results for beirut. DVD Review: Man In A Suitcase: Set 1 Man in a Suitcase is a Sixties British spy show from ITC, a production company that churned out slick adventure series with some regularity, including The Saint, The Baron and Danger Man. 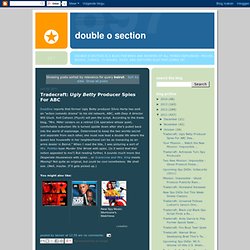 In fact, Man in a Suitcase was in part commissioned to fill the void left by Danger Man, which was still a hit when star Patrick McGoohan abandoned it in order to turn his attention to what’s likely the most famous of all ITC series today (though short-lived in its time), The Prisoner. Many of the key personnel from Danger Man (known in the U.S. as Secret Agent) transitioned straight to Man in a Suitcase. Like most of its ITC brethren, Man in a Suitcase featured a solitary hero who traveled the world (mainly Europe) on the fringes of the intelligence community getting into trouble wherever he went. Unlike The Saint or The Baron, though, the titular Man in a Suitcase, McGill (“Oh! Luckily, things quickly get on track with the superb “Day of Execution.” Search results for lebanon. Movie Review: Kriminal (1966) and The Mark of Kriminal (1968) Unlike the morally flawed but heroic Argoman, or even the lawbreaking antihero Diabolik, Kriminal is just plain bad. 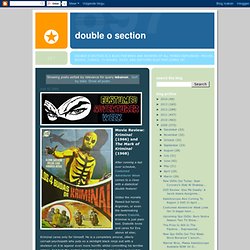 Diabolik loves and cares for Eva above all else; Kriminal cares only for himself. He is a completely amoral, utterly corrupt psychopath who puts on a skintight black ninja suit with a skeleton on it to appear even more horrific whilst committing his terrible crimes. And he’s the central character! He’s the one we’re supposed to root for, not his nemesis, Scotland Yard Inspector Milton. The opening moments are confusing. He drops in on his ex-wife, who has no desire to see him, and manages to seduce her and sleep with her. The information with which she provided him gets Kriminal caught up in a very complicated plot to defraud an insurance company that involves twin couriers (both played by Helga Line) transporting precious jewels and switching briefcases at the airport.