New courses. 24.00x Introduction to Philosophy: God, Knowledge and Consciousness. Exploring Quantum Physics. About the Course Quantum physics is the foundation for much of modern technology, provides the framework for understanding light and matter from the subatomic to macroscopic domains, and makes possible the most precise measurements ever made. 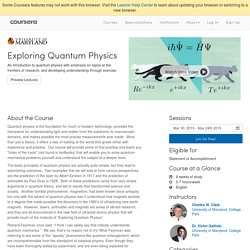 More than just a theory, it offers a way of looking at the world that grows richer with experience and practice. Our course will provide some of that practice and teach you "tricks of the trade" (not found in textbooks) that will enable you to solve quantum-mechanical problems yourself and understand the subject at a deeper level. The basic principles of quantum physics are actually quite simple, but they lead to astonishing outcomes. Designing Cities. About the Course Designing Cities is a ten-week course starting in September 2014. 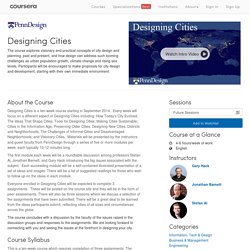 Every week will focus on a different aspect of Designing Cities including: How Today’s City Evolved; The Ideas That Shape Cities; Tools for Designing Cities; Making Cities Sustainable; Cities in the Information Age; Preserving Older Cities; Designing New Cities, Districts and Neighborhoods; The Challenges of Informal Cities and Disadvantaged Neighborhoods; and Visionary Cities. Materials will be presented by the instructors and guest faculty from PennDesign through a series of five or more modules per week, each typically 10-12 minutes long. The first module each week will be a roundtable discussion among professors Stefan Al, Jonathan Barnett, and Gary Hack introducing the big issues associated with the subject. GeorgetownX: PHLX101-01 - Introduction to Bioethics. Introduction to International Criminal Law. About the Course From the Nuremberg trial to the case against Saddam Hussein, from the prosecution of Al-Qaeda terrorists to the trial of Somali pirates – no area of law is as important to world peace and security as international criminal law. 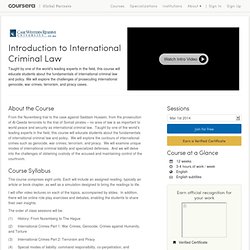 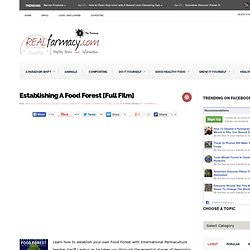 Geoff’s video shows the evolution of a food forest from day one up to seven years ,thirty years, 300 years and even a 2,000 year old food forest still working in the Middle East. Food ForestGIY Related Posts. It’s Not a Fairytale: Seattle to Build Nation’s First Food Forest. Forget meadows. 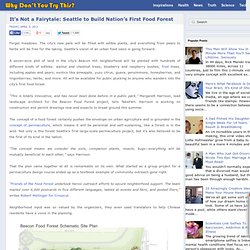 The city’s new park will be filled with edible plants, and everything from pears to herbs will be free for the taking. Seattle’s vision of an urban food oasis is going forward. Hungry? Here's a Map of Every Urban Plant You Can Snack On - Henry Grabar. Last summer, Ethan Welty stopped buying fruit. 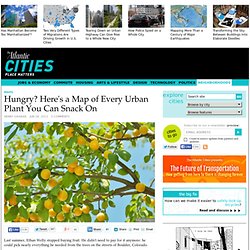 He didn't need to pay for it anymore: he could pick nearly everything he needed from the trees on the streets of Boulder, Colorado. At first, he scanned the canopy for apples to use in his home-brewed beer. Searching The Library Of Babel. About six months ago, as I was nearing the end of Jorge Luis Borges’ Selected Non-Fictions, I came across the chapter titled “Prologues to The Library of Babel.” 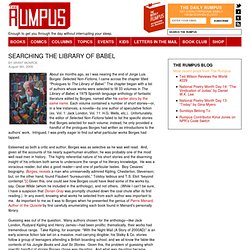 The chapter began with a list of authors whose works were selected to fill 33 volumes in The Library of Babel, a 1979 Spanish language anthology of fantastic literature edited by Borges, named after his earlier story by the same name. Each volume contained a number of short stories—or, in a few instances, a novella—by one author of speculative fiction (ex. Vol. 1: Jack London, Vol. 11: H.G. Wells, etc.). Wittgenstein's Ladder: Introduction. Ludwig Wittgenstein, Culture and Value (1) In the autumn of 1939, Ludwig Wittgenstein and his young Cambridge student and friend Norman Malcolm were walking along the river when they saw a newspaper vendor's sign announcing that the Germans had accused the British government of instigating a recent attempt to assassinate Hitler. 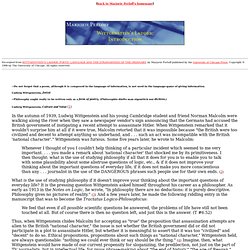 When Wittgenstein remarked that it wouldn't surprise him at all if it were true, Malcolm retorted that it was impossible because "the British were too civilized and decent to attempt anything so underhand, and . . . such an act was incompatible with the British 'national character'. " Wittgenstein was furious. Some five years later, he wrote to Malcolm: Whenever I thought of you I couldn't help thinking of a particular incident which seemed to me very important. . . . you made a remark about 'national character' that shocked me by its primitiveness.

The Harvard Classics: A Free, Digital Collection. During his days as Harvard’s influential president, Charles W. 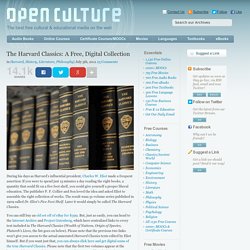 Eliot made a frequent assertion: If you were to spend just 15 minutes a day reading the right books, a quantity that could fit on a five foot shelf, you could give yourself a proper liberal education. The publisher P. F. Harvard Classics (Bookshelf) The Harvard Classics, originally known as Dr. 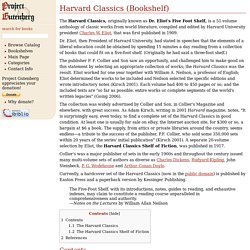 Eliot's Five Foot Shelf, is a 51-volume anthology of classic works from world literature, compiled and edited by Harvard University president Charles W. Eliot, that was first published in 1909. Dr. Eliot, then President of Harvard University, had stated in speeches that the elements of a liberal education could be obtained by spending 15 minutes a day reading from a collection of books that could fit on a five-foot shelf.