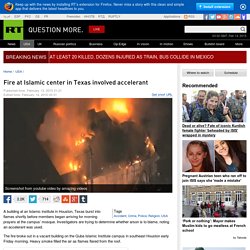 Investigators are trying to determine whether arson is to blame, noting an accelerant was used. The fire broke out in a vacant building on the Quba Islamic Institute campus in southeast Houston early Friday morning. Heavy smoke filled the air as flames flared from the roof. Kenyatta Parker, a spokesman for the Houston Fire Department, said up to 25 firefighters responded to the 5:35 a.m. alarm, extinguishing the flames by 6:20 a.m. “We got it before it got out of control,” Parker said. The institute had recently bought the building, and was planning to turn it into a community center and a place for children to study Islam, Zahid Abdullah, the mosque’s imam, told KHOU. Prayer Times Calculation - Pray Times. From Pray Times By: Hamid Zarrabi-Zadeh Muslims perform five prayers a day. 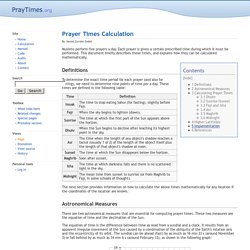 Each prayer is given a certain prescribed time during which it must be performed. This document briefly describes these times, and explains how they can be calculated mathematically. Definitions To determine the exact time period for each prayer (and also for fasting), we need to determine nine points of time per a day. The next section provides information on how to calculate the above times mathematically for any location if the coordinates of the location are known. Astronomical Measures.

8 things that didn't change since I wore my hijab. 1. 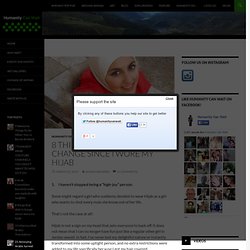 I haven’t stopped being a “high-joy” person. Some might regard a girl who suddenly decided to wear Hijab as a girl who wants to shut every male she know out of her life. That’s not the case at all! Hijab is not a sign on my head that asks everyone to back off. It does not mean that I can no longer have fun just like a regular other girl in Jordan would. I am actually still as fun as ever. 2. As a sports lover, I am never willing to give up any of my talents anytime, nor am I willing to stop practicing what I’m already good at. 4Bara : :D I loved the photo #Islam... 4Bara : i like info-grahpics. #islam...

4Bara : My brother omar Praying ,... Photo by 4bara. What Needs To Be Said « Woman Unveiled إِمْرَأَةْ تَنْكَشِفْ The past few days have felt like a couple of seasons of the show 24, with ups and downs and shocking unexpected events. 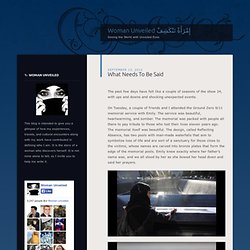 On Tuesday, a couple of friends and I attended the Ground Zero 9/11 memorial service with Emily. The service was beautiful, heartwarming, and somber. The memorial was packed with people all there to pay tribute to those who lost their lives eleven years ago. The memorial itself was beautiful. The design, called Reflecting Absence, has two pools with man-made waterfalls that aim to symbolize loss of life and are sort of a sanctuary for those close to the victims, whose names are carved into bronze plates that form the edge of the memorial pools. Check out more pictures here The memorial service had touched each and every one of us, and we left reminded how valuable our lives are. That feeling was unfortunately erased the next morning.

Here is what needs to be said: In one word, anyone can tell that the movie is RIDICULOUS. See the rest of the photos here. Emily’s Story « Woman Unveiled إِمْرَأَةْ تَنْكَشِفْ Yesterday’s family dinner was a success. 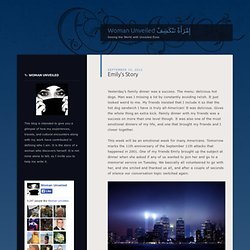 The menu: delicious hot dogs. Man was I missing a lot by constantly avoiding relish. It just looked weird to me. My friends insisted that I include it so that the hot dog sandwich I have is truly all-American! 4Bara : 2 things of Extreme Value... 4Bara : Men higher than #women in #Islam... 4Bara : Women in #Islam. 4Bara : في إمكان الراهبة. 4Bara : ya Keep smiling - it's sunna... Jihad in Islam and Its Real Meaning. Islam is the religion chosen by God for humanity’s individual and collective welfare in this world and the next. 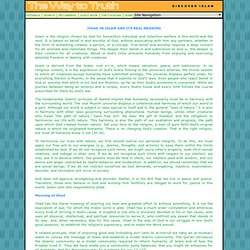 It is based on belief in and worship of God, without associating with Him any partners, whether in the form of something created, a person, or a concept. True belief and worship requires a deep concern for all animate and inanimate things. The deeper their belief in and submission to God is, the deeper is their concern for all creatures. Belief in God’s Unity prevents humanity from enjoying and exer­cising absolute freedom in dealing with creatures. Islam is derived from the Arabic root s-l-m, which means salvation, peace, and submission. The fundamental Islamic principle of Tawhid implies that humanity necessarily must be in harmony with the surrounding world. To harmonize our lives with nature, we first should realize our personal integrity.