Forest Pack Texture Distribution HOW-TO by Grant Warwick. 460 FLARES298915714inShare14000×460 FLARES Lee Griggs Amazing 3d Maps Created with Maya XGen and a Single Primitive post I published a few days ago captured a great deal of attention by many of you, more specifically about using Forest Pack + V-Ray for creating the same impressive visuals. 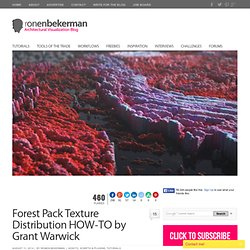 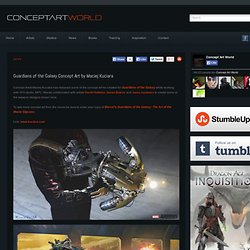 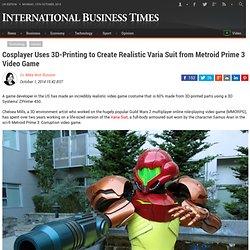 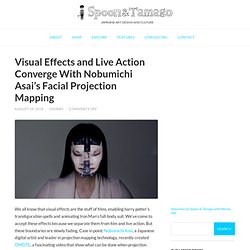 We’ve come to accept these effects because we separate them from film and live action. But these boundaries are slowly fading. Case in point: Nobumichi Asai, a Japanese digital artist and leader in projection mapping technology, recently created OMOTE, a fascinating video that show what can be done when projection mapping and face tracking technology combine. Watch as the model’s face shifts, distorts and is animated in front of your eyes simply by projecting a video onto her face. Omote, the title of the project, is a Japanese word that literally means front while its opposite, ura, means back. ArtStation. 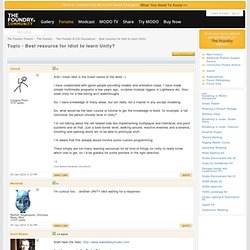 Also used Unity for a few boring arch walkthroughs. So, I have knowledge of many areas, but am really not a master in any except modeling. So, what would be the best course or tutorial to get the knowledge to build, for example, a full functional 3rd person shooter level in Unity? I´m not talking about the net related side like implementing multiplayer and interfaces and point systems and all that. I´m aware that this already would involve some custom programming. Global slavery mapped. Dan Roarty - Character Artist. Shop — HEAVYPOLY. Cart - 0 items Kendall Sa-4 Cyclops (free wallpaper) sale Hoverbike Print BunnyBot 3d Printed Designer Toy. 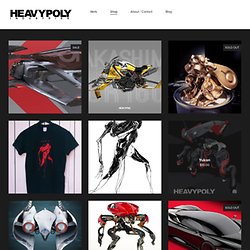 Daily Inspiration #1658. Call of Duty: Ghosts "Cinematics" Simon Wawrzak’s Videos. Headphones Breakdown. Paul Clements’s Videos. Find the Name of that Song Even Without Knowing the Lyrics. What is the name of that song? 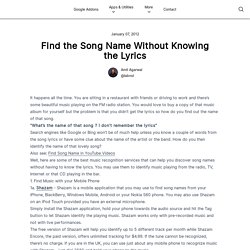 This guide describes online music recognition services that will help you identify the name of any song without knowing the artist name or even the lyrics. It happens all the time. You are sitting in a restaurant with friends or driving to work and there’s some beautiful music playing on the FM radio station. You would love to buy a copy of that music album for yourself but the problem is that you didn’t get the lyrics so how do you find out the name of that song. PolySculpt, Thomas Roussel's blog. Biomimicry 3.8. Zbrush Tip: Painting Bump Maps in Zbrush. The Art of Karla Ortiz. David's really interesting pages. Passion London. Leon's CG Portfolio on Strikingly. James Ku - CG Character Artist.

Paqwak.com. Tutorial: ZBrush to modo - 32 bit Displacement - Henning Sanden. This tutorial is going to be similar to the one I have on how to get a displacement map from ZBrush to Vray for Maya. 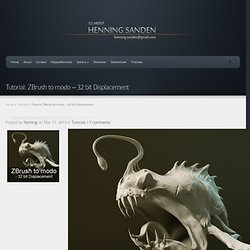 We’re going to look at how to get the ZBrush – modo workflow going. Displacment maps. The words sends shivers down the spine of any CG artist. It’s a topic I’ve spent countless hours trying to wrap my head around. The art blog of Henning Sanden. Idol Workshop. *This is a brief (by literary standards) essay regarding my observed bias against new mediums in the art community. 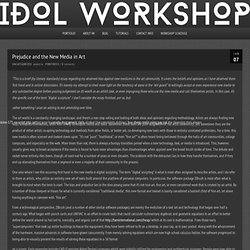 It covers the beliefs and opinions as I have observed them first hand and in online discussions. It’s merely my attempt to shed more light on the tendency of some in the “old guard” to willingly accept or even experience new media to any substantive degree before passing judgement on it’s worth as an artist’s tool, or even impugning those who use the new media and call themselves artists. In this case, it’s the specific use of the term “digital sculpture”. I don’t consider the essay finished, per se, but rather something I plan on adding to and amending over time. Design Works. 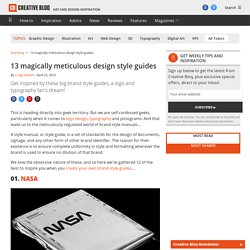 But we are self-confessed geeks, particularly when it comes to logo design, typography and pictograms. And that leads us to the meticulously regulated world of brand style manuals... A style manual, or style guide, is a set of standards for the design of documents, signage, and any other form of other brand identifier. The reason for their existence is to ensure complete uniformity in style and formatting wherever the brand is used to ensure no dilution of that brand. Show Reels *NEW* - 3D Artist & Motion Designer. JR Schmidt - 3D Artist & Motion Designer Show Reel - 2013 Show Reel 2013 from J.R. Portfolio » Jake L Rowell - Artist. Keenan Crane. Calatrava Chess Set by Thomas Perrone at Coroflot.com. Calatrava Chess Set by Thomas Perrone A tribute to Santiago Calatrava. Views: He's Here All Week. Blog — Polysculpture Art. Hey Yall, Been a while since I have posted here. I guess I took a little blogging vacation. I will use this as an opportunity to update you on the latest with Mold3D.

Sebastien Perier provides instructions on his website for assigning keyboard shortcuts to scripts so that you can run a script with a single keystroke. This technique relies on the KeyEd Up script. For information on remapping keyboard shortcuts for keyboard layouts other than the standard US English layout, see Jonas Hummelstrand’s website. Note: On Mac OS, some keyboard commands for interacting with the operating system conflict with keyboard commands for interacting with After Effects.

Select Use System Shortcut Keys in the General preferences to override the After Effects keyboard command in some cases in which there’s a conflict with the Mac OS keyboard command. General (keyboard shortcuts) Projects (keyboard shortcuts) How using Google Images can cost you $8,000. This story originally ran on PR Daily in July 2013. What’s lamer than a crappy photo of Nebraska? Having to pay $8,000 in copyright infringement penalties for it.

This is a lesson we recently learned the hard way, and if you have (or contribute to) a blog, you might want to read our story so that you never, ever make the same mistake we did. 3d Character Artist. Amazing World. Low Poly Illustration, What's the Secret? Low Poly was a technique originally used for making 3D models and scenes for videogames, due to its render speed, which was achieved thanks to low polygonal resolution. DRAWTHROUGH: the personal and professional work of Scott Robertso. Hero Design Studio - Product Developers & MyBuild. Kenneth Shofela Coker Portfolio. Astro A50 Wireless Headset ~ Daniel Cassa Ciccarelli. Contact: daniel.cassa.ciccarelli@gmail.com. Online Portfolios on Behance. Illustration. Explore / Tags / 3d.

Mixed Mograph Inspiration. Motion graphics (or Mograph) is a way to convey a story with the use of moving images and techniques like animation, CGI and cinematography. Jayse Hansen Portfolio. In addition to designing a few new elements for the existing Mark VI HUD (previously designed by Cantina’s Stephen Lawes for Iron Man II), I had the challenge of designing an entirely new, upgraded HUD for Tony Stark’s most advanced suit to date – the Mark VII. Into the Arctic. Website Awards - Sites of the Month.

TRON Solar Sailor - .work. Info: For the entirety of 2010, munkowitz led a black-ops team of GFX all-stars deep into the darkness at Digital Domain crafting over 12 minutes of holographic content for the feature film TRON: Legacy © Disney Enterprises, Inc. Twitter image size cheat sheet. About The Licenses. Our public copyright licenses incorporate a unique and innovative “three-layer” design. Best practices for attribution - CC Wiki. You can use CC-licensed materials as long as you follow the license conditions. One condition of all CC licenses is attribution. Make your PowerPoint Presentation look good on a wide screen projector. The other day I attended a meeting where the presenter switched from a PowerPoint slide to demonstrate an application.

When he made the switch it was quite obvious the beamer was setup to only display the 4:3 slides to the maximum of the white screen. Always Up-To-Date Social Media Image Sizes. Inspiration Archives - Page 2 of 208 - ITS ART.