Reference and Inspiration B

Detailed Close-Ups of Star Wars Spaceships. This precious collection of rare close-ups of the ships used in the original Star Wars Trilogy gives us a glimpse into the great effort and detail that went into assembling them and shooting them. 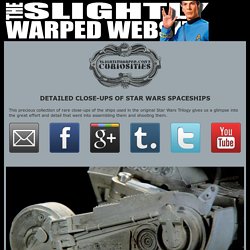 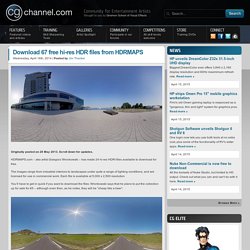 Scroll down for updates. HDRMAPS.com – aka artist Grzegorz Wronkowski – has made 24 hi-res HDRI files available to download for free. The images range from industrial interiors to landscapes under quite a range of lighting conditions, and are licensed for use in commercial work. Each file is available at 5,000 x 2,500 resolution You’ll have to get in quick if you want to download the files: Wronkowski says that he plans to put the collection up for sale for €5 – although even then, as he notes, they will be “cheap like a beer”. Updated 16 April 2014: Grzegorz Wronkowski contacted us to let us know about a new free HDRI. You can download the zip archive directly from Download the free HDRI files from HDRMAPS.com Tags: 5000-pixel, download, free, Grzegorz Wronkowski, HDR, HDRI, HDRMAPS, HDRMAPS.com, high-res, high-resolution, sIBL. Forums. Deus Ex: Mankind Divided - Game Informer May 2015. Jared Krichevsky. 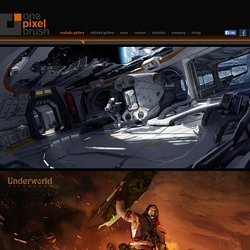 No matter how simple something seems, in this case a city park, there is always a shocking amount we don’t know. The team spent a few hours looking at references of parks to get a feel for how the floor stones should be arranged, what kinds of materials and structures are appropriate in a park, and how those individual pieces are formed.

The client had a pretty clear layout of where the action in the trailer had to take place, but it was our job to take what was real and fit to their staging. 2. In this case the Maya 3D was designed to match the perspective of a great statue photo. 3. Support Peter Mohrbacher creating painting, poetry and tutorials. Aaron Limonick Concept Design - Gallery. Art « Mauricio Abril Storytelling & Art Mauricio Abril Storytelling & Art. The Ultimate Guide To iPhone Resolutions. The Work Cycle. 'Feast'worthy Tips for Creative Thinkers. Image Credit: Feast © 2014 Disney After keeping it a secret for so long, Oscar-winning Director Patrick Osborne and VFX Supervisor Josh Staub of Walt Disney Animation Studios visited us at SIGGRAPH 2014 to talk “Feast,” both as a Computer Animation Festival selection and to debut the short as part of the Production Session “‘FEAST': A Look at Walt Disney Animation Studios’ Newest Short.” 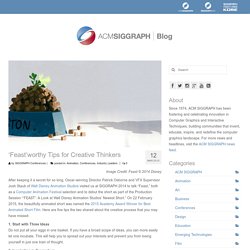 On 22 February 2015, the beautifully animated short was named the 2015 Academy Award Winner for Best Animated Short Film. Here are five tips the two shared about the creative process that you may have missed: Daily Mobile UI Design Inspiration #337. Are you a UI/UX designer? 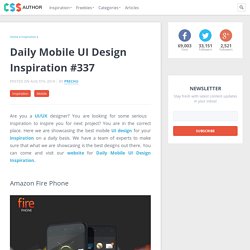 You are looking for some serious inspiration to inspire you for next project? You are in the correct place. Here we are showcasing the best mobile UI design for your inspiration on a daily basis. We have a team of experts to make sure that what we are showcasing is the best designs out there. Eleventyplex. IAmElemental Action Figures for Girls. DAN LUVISI.

Blog — Paul Braddock. I wanted a new project to put the Ultimaker2 through it's paces, and try a few techniques to part the model up for molding and casting resin pieces. 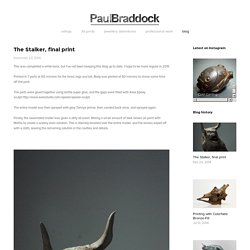 There's a number of other reasons why cutting up models into smaller parts is a good idea, such as, prints often fail for one reason or another, so if you're only printing parts at a time, it's not such a huge setback if one fails. Another reason is that the size of your model is not limited to your build envelope.

One particular challenge in using an FDM type printer for a project like this, is how to handle overhangs, and oddly shaped parts that do not have flat bottoms. While supports allow you to print odd shapes, the surfaces where they attach are typically less than desirable, so I'll be using a few tricks and techniques to optimize, and minimize the negative effects of these requirements. Tribal Frog by Paul Braddock. Meet the Artist: Paul Braddock With over 12 years experience in the feature film VFX and animation Industry, Paul has always had a passion for creating. 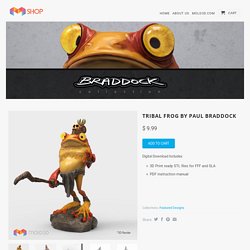 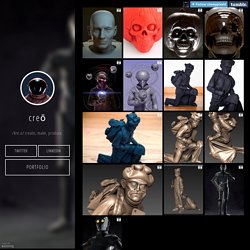 CrazyAsian1 (Robert Chew) - DeviantArt. Artist Supports Anti-Poaching Campaign Through a Series of Animal Inspired Robot Illustrations. Articles January 14, 2014 Poaching has been a serious problem in protecting the environment especially in Africa and illegal hunting continues to consume the wildlife population. 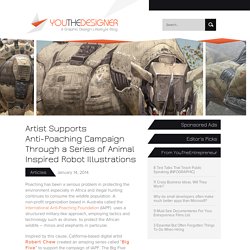 A non-profit organization based in Australia called the International Anti-Poaching Foundation (IAPF) uses a structured military-like approach, employing tactics and technology such as drones to protect the African wildlife – rhinos and elephants in particular. Inspired by this cause, California-based digital artist Robert Chew created an amazing series called “Big Five” to support the campaign of IAPF. The Big Five project is a series of illustrations re-imagining conservationists with extraordinary technology to fight against poachers: robots inspired by wild animals. 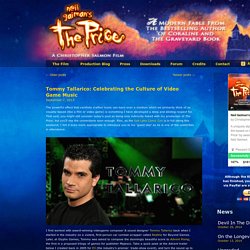 And a Happy Halloween to all of you!!! (Yes I realize I’m late on both counts; 5 days on the first and 15 on the second, but what can I say? That seems to be how I roll…) And to celebrate, here is a new image you can use as a desktop, featuring our intrepid hero know simply as The Black Cat: I hope you enjoy it. Now, by way of explanation: I’ve resisted posting anything for the past several months, worried that the stress and anxiety I have been wrestling with might spill out through my words and taint the flow of positive energy all of you have so generously radiated since this project began.

Despite knowing that there are many people who are interested in all aspects of the creative process (including the downs as well as the ups), I was hesitant and unsure of how to share. Art Dump - Warmachine Tactics - Characters (movie added Pg2) The Matte Department. Grazeart. Premium WordPress Themes & Plugins. Super Heroes Meet Flemish Art. We have frequently spoken about this artist, here is the new series by French photographer Sacha Goldberger called Super Flemish. The idea : crossed superhero, Flemish painting and fashion of the Elizabethan era. VFX File Formats You Need to Know to Save Time and Space.

March 22, 2014 5:06 am Dan LeFebvre Working in the world of visual effects (VFX) means dealing with a virtual hodgepodge of assets that get created. The Hobbit: The Battle of the Five Armies. My Albums. Original.jpg (JPEG Image, 990 × 667 pixels) How to Create an Interactive Children's Book for the iPad. If you're new here, you may want to subscribe to my RSS feed or follow me on Twitter. Thanks for visiting! Learn how to create an interactive children’s book for the iPad! With the iPad, it’s never been a better time to be a kid! The iPad allows developers to create beautiful interactive children’s books that simply cannot be replicated in any other medium. For some examples, check out The Monster at the End of This Book, Bobo Explores Light, and Wild Fables. In the old days, developers had to use third party frameworks like Cocos2d to get the job done.

In this tutorial, you’ll create an interactive children’s book using the Sprite Kit framework, where you’ll learn how to add objects to scenes, create animation sequences, allow the reader to interact with the book and even how to add sound and music to your book! This tutorial assumes you are familiar with at least the basics of Sprite Kit. Getting Started. Toiogunyokuart. Profile Images and Banners. Profile Images Profile images (or avatars) are an important component of a Twitter account’s expression of identity.

Download Thunderlord From Destiny by Kirby Downey - MyMiniFactory.com. After making my Duke MK 44 hand cannon I tasked myself with creating this is replica model of the Thunderlord from the recently released Destiny. This model consists of 45 parts all printed with three different materials, PLA, Ninjaflex and carbon fiber. The banana is used for scale. The main body is regular PLA, the pipes, the bullet belt and the end of the butt stock is printed in ninjaflex and the site and the site rail are carbon fiber, the largest part on the moel is the cartridge havles them measure at 160mm x 150mm x100 mm. This is one of the most well known weapons in Destiny due to it's usaged during E3. Thunderlord is an exotic machine gun.

The weapon crackles with visible bolts of electricity, and at higher levels uses electro-static rounds that may be unique to Thunderlord The Thunderlord discharges a salvo of electro-static rounds, shells barred due to volatility. Occasionally after scoring a kill, the enemy will burst into an AoE electrostatic effect. Download Destiny: Conduit F3 Fusion Rifle by soulorigin89 - MyMiniFactory.com.

Growing & Combing Fur in modo. INFOGRAPHIC: Exclusive Data on How to Sell 3D Models - Blog- CGTrader.com. This is a big time for us all, as we enter the magical realm of big data. We had a few busy months crunching data, trying to make sense of all the tips & tricks and industry secrets. Finally, we have something really cool to show you!