Technology News, Articles and Features. Twitter says 130 accounts targeted as part of bitcoin scam. The FBI opens investigation into Twitter attack over national security concerns. Illustration by Alex Castro 24hr.tech - The US Federal Bureau of Investigation has opened an investigation into Wednesday’s unprecedented Twitter attack that resulted in numerous takeovers of high-profile accounts belonging to politicians, business leaders, and corporations, according to a report from The Wall Street Journal.The FBI is concerned that the coordinated attack and the vulnerabilities it exposed in Twitter’s systems may pose serious security risks, due to the widespread compromising of sensitive accounts, including those of President Barack Obama and Democratic presidential candidate Joe Biden. 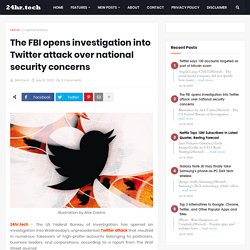 4 Best cheap true wireless earbuds under $40 worth buying. Mozilla Firefox launches VPN service to help protect your privacy. Elon Musk shares details on Starlink plug-in home broadband setup. Samsung: Expect 6G in 2028, enabling mobile holograms and digital twins. Image Credit: Samsung 24hr.tech - Just as the earliest 5G networks began to go live two years ago, a handful of scientists were eager to publicize their initial work on the next-generation 6G standard, which was at best theoretical back then, and at worst an ill-timed distraction. 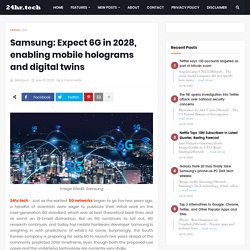 But as 5G continues to roll out, 6G research continues, and today top mobile hardware developer Samsung is weighing in with predictions of what’s to come. Surprisingly, the South Korean company is preparing for early 6G to launch two years ahead of the commonly predicted 2030 timeframe, even though both the proposed use cases and the underlying technology are currently very shaky. Given that the 5G standard already enabled massive boosts in data bandwidth and reductions in latency over 4G, the questions of what more 6G could offer — and why — are key to establishing the need for a new standard.

UK to purge Huawei from 5G by end of 2027, siding with Trump over China. 24hr.tech - LONDON (Reuters) - Prime Minister Boris Johnson ordered Huawei equipment to be purged completely from Britain’s 5G network by the end of 2027, risking the ire of China by signalling that the world’s biggest telecoms equipment maker is not welcome in the West. 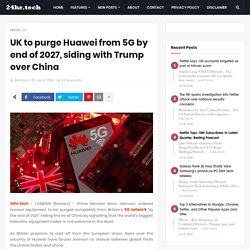 As Britain prepares to cast off from the European Union, fears over the security of Huawei have forced Johnson to choose between global rivals the United States and China. He had been under intense pressure from U.S. President Donald Trump, while Beijing had warned London, which has sought to court China in recent years, that billions in investment would be at risk if it sided with Washington. Nvidia could be in big trouble if this new AMD rumor is true. Why Design Matters in Mobile Banking ? 24hr.tech - Banking, it’s all about credits, debits, and other financial business. 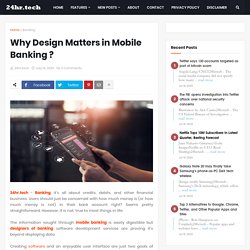 Users should just be concerned with how much money is (or how much money is not) in their bank account right? Seems pretty straightforward. However, it is not, true to most things in life. The information sought through mobile banking is easily digestible but designers of banking software development services are proving it’s beyond displaying data. Creating software and an enjoyable user interface are just two goals of mobile banking applications. Ease of Use for Both Parties Applications and smart devices have allowed the general public to do many things, all whilst sitting on their sofa. Mobile Banking is Cost-Effective Perhaps more beneficial to the bank, the overhead costs of operations are lowered with mobile banking. Green Mobile Banking. The best Harvest Moon game is now on Steam. British Podcast Awards: 5 award-winning podcasts to listen to. 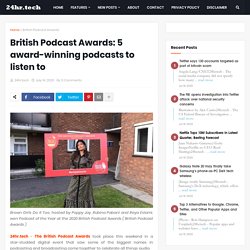 Hosted by Clara Amfo and Rhianna Dhillion, coronavirus didn’t prevent the festivities as the likes of George the Poet, Annie Mac and Fearne Cotton presented awards to shows across the podcasting spectrum. Google offers data pledge in bid to win EU okay for Fitbit buy. Will Netflix Maintain Its Coronavirus-Fueled Subscriber Momentum? Zoom says Windows 7 PCs no longer at risk from this major security flaw. How to get access to the new iPhone software (iOS 14 beta) The iPadOS 14 beta is available to try out on iPads now ( Apple ) 24hr.tech - Apple’s next iPhone software, iOS 14, comes with a lot of changes, from widgets to a new Translate app. 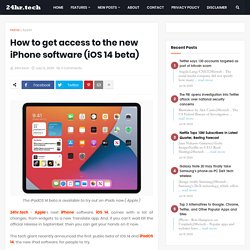 And, if you can’t wait till the official release in September, then you can get your hands on it now. The tech giant recently announced the first public beta of iOS 14 and iPadOS 14, the new iPad software, for people to try. Disney has reportedly paused its spending on Facebook ads. You can try iOS 14 and iPadOS 14 early if you don't mind the bugs. Watch: Nintendo Direct Mini reveals upcoming Switch games. New Free DLC Available August 4. Starbucks expands Chinese order services to multiple Alibaba apps. FILE PHOTO: A worker uses a thermometer to check the temperature of a customer as he enters a Starbucks shop as the country is hit by an outbreak of the new coronavirus, in Beijing, China January 30, 2020. 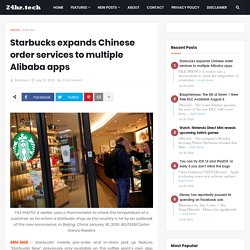 REUTERS/Carlos Garcia Rawlins 24hr.tech - Starbucks’ mobile pre-order and in-store pick up feature, “Starbucks Now”, previously only available on the coffee giant’s own app, will be extended to four Alibaba platforms, including local services app Koubei and digital payment app Alipay. “The extended service enables Starbucks to engage with more Chinese consumers through multiple channels that tap into the Alibaba digital economy’s user base of nearly 1 billion,” Alibaba said in a statement.Starbucks said in a separate statement that it hoped the new offering would provide China’s coffee lovers with an added convenience.Reuters reported that this Starbucks service was available on these Alibaba platforms on Monday.