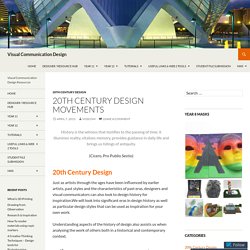 (Cicero, Pro Publio Sestio) Just as artists through the ages have been influenced by earlier artists, past styles and the characteristics of past eras, designers and visual communicators can also look to design history for inspiration.We will look into significant eras in design history as well as particular design styles that can be used as inspiration for your own work. Understanding design movements: Modernism. With the advances of technology Modernism began to break through at the end of the 19th century into the beginning to the 20th century. 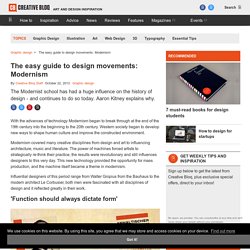 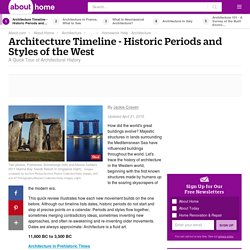 How did the world's great buildings evolve? Majestic structures in lands surrounding the Mediterranean Sea have influenced buildings throughout the world. Let's trace the history of architecture in the Western world, beginning with the first known structures made by humans up to the soaring skyscrapers of the modern era. This quick review illustrates how each new movement builds on the one before. Furniture Design History. Furniture design has been a part of the human experience since the beginning of history. 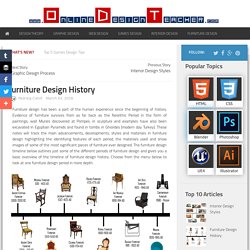 Evidence of furniture survives from as far back as the Neolithic Period in the form of paintings, wall Murals discovered at Pompeii, in sculpture and examples have also been excavated in Egyptian Pyramids and found in tombs in Ghiordes (modern day Turkey). These notes will track the main advancements, developments, styles and materials in furniture design highlighting the identifying features of each period, the materials used and show images of some of the most significant pieces of furniture ever designed.