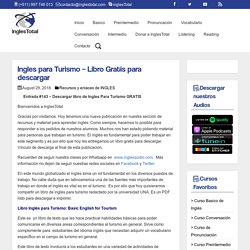 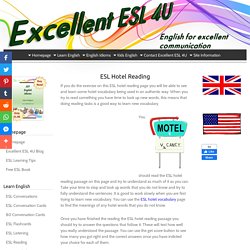 When you try to read something you have time to look up new words, this means that doing reading tasks is a good way to learn new vocabulary. You should read the ESL hotel reading passage on this page and try to understand as much of it as you can. Take your time to stop and look up words that you do not know and try to fully understand the sentences. It is good to work slowly when you are first trying to learn new vocabulary. You can use the ESL hotel vocabulary page to find the meanings of any hotel words that you do not know. Once you have finished the reading the ESL hotel reading passage you should try to answer the questions that follow it. ESL Hotel Reading Comprehension Passage Types of Hotel There are many types of hotel, big and small.

Amazing Paine - Antares Patagonia. Our representative will meet you at the Punta Arenas airport. 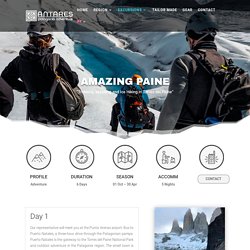 Bus to Puerto Natales, a three-hour drive through the Patagonian pampa. Puerto Natales is the gateway to the Torres del Paine National Park and outdoor adventure in the Patagonia region. The small town is located on the Señoret Channel along a scenic fjord, set against the dramatic backdrop of the southernmost peaks of the Andes. As a tourist hub, you’ll be able to find great food, supplies, and more to fuel up for your trek, along with local attractions to explore. Analysing digital communication: discursive features, rhetorical structure and the use of English as a lingua franca in travel blog posts. Androutsopoulos, J. 2006. 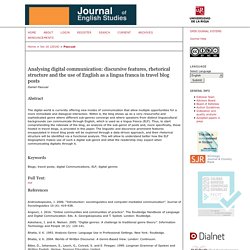 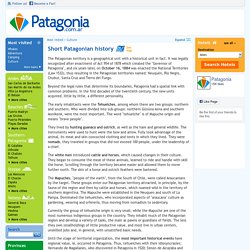 It was legally recognized after enactment of Act 954 of 1878 which created the "Governor of Patagonia", and six years later, on October 16, 1884 was enacted the National Territories (Law 1532), thus resulting in the Patagonian territories named: Neuquén, Río Negro, Chubut, Santa Cruz and Tierra del Fuego. Beyond the legal rules that determine its boundaries, Patagonia had a spatial link with common problems. In the first decades of the twentieth century, the new units acquired, little by little, a different personality. The early inhabitants were the Tehuelches, among whom there are two groups: northern and southern. EFL/ESL speaking lessons - Making appointments in English. Making an appointment Being able to make and cancel an appointment is an important skill in English. 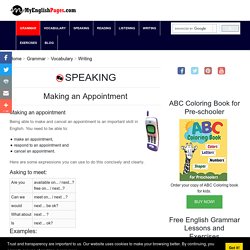 You need to be able to: ESL Travel Reading. ESL travel reading comprehension passages and exercises are good ways to learn travel vocabulary. 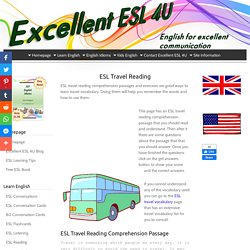 Doing them will help you remember the words and how to use them. Short Patagonian history - Culture en la Patagonia, Argentina. Reading - Intermediate B1. Whether you're travelling to the islands or the mountains of Thailand, you're likely to spend at least one night in its capital city on the way. 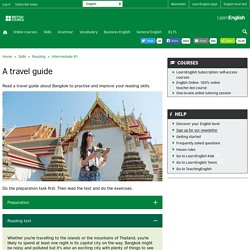 Bangkok might be noisy and polluted but it's also an exciting city with plenty of things to see and do. Why not make it a longer stay? Where to stay The Khao San Road was a famous traveller spot even before Leonardo di Caprio's character in the film The Beach stayed there. ESL hotel, aviation & tourism lesson plans for ESL Teachers. Travel story. Untitled. What job titles can you expect to see in hospitality industry job postings? 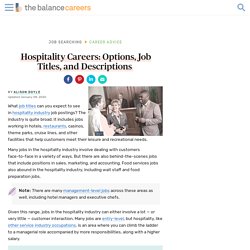 Untitled. What is the hospitality and tourism industry? 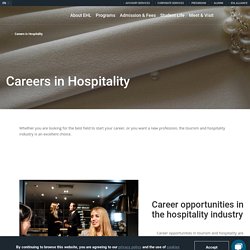 The hospitality and tourism industry includes many sub-sectors that are open to hospitality management graduates. The following list shows the closely related hospitality and tourism industry sectors. Untitled. Chile | Argentina | Patagonia | Falkland Islands | Antarctic Patagonia - too big for one country Patagonia... just saying the word sounds exciting, conjuring up ideas of a far flung place of mystery and romance, luring you to new lands and new experiences that you haven't yet imagined. Well that is how it was for David and Rose, and now that they know it well, they want to share it with you. Patagonia is too big, and bold to be held back by a political border, so instead it straddles the Southern Andes of Chile and Argentina. Untitled. Untitled. Parades, parties and patriotism—three common words that come into all of our minds when we think of Independence Day!

America and Argentina may share these Independence Day sentiments, as well as the same month of celebration, but the festivities in the two countries have a few cultural differences. Let’s take a look at the three traditions that make their celebrations different: 1. Family Affair vs. Communal Gathering Argentinians are big on family ties. Untitled. The sky looks more blue than ever; A different energy is breathed, towns and cities wake up immersed in a mist that emerges from chimneys and windows and intoxicates locals and visitors. This is not due to any meteorological phenomenon, but to an ancestral tradition: it is Pachamama Day. "La Pachamama", or Mother Earth, is the most popular of the mythological beliefs of the Andean region that still survives strongly in many places in northern Argentina and the South American Andean region.

Untitled. As China recovers massively from the COVID 19 virus that had the nation on lockdown and registered deaths in thousands, the industries in China are picking up at a quick pace. Various tourist sites are open as well – including the Great Wall of China. Part of the Great Wall of China has been reopened for tourists. Badaling, the most visited section of the Chinese Wall, is a 3.7-kilometer path in an excellent state of preservation – thanks to the fact that it underwent restoration in the 1950s – where 19 watchtowers still stand.

Imperial Cormorant - Introduction. Birding Patagonia - Kelp Gull - Duck Species - Exciting Outdoors - Argentina. The Rosy-billed Pochard comes from the species peposaca-derived from a Guaraní word for ¨showy wings¨ The wings feature a broad white stripe that is only visible when stretched out. Male ducks have a distinctive red bill, while the female´s is slate-colored. Though classified as a diving duck, this pochard feeds more like a dabbling duck.

The Rosy-bill is genetically linked to the Canvasback and the females of both species are similar. The drakes are adorned in shades of black and white, with a flaming red bill featuring a fleshy knob at the base. The Rosy-billed Pochard is endemic to South America. Patagonia bird checklist - Avibase - Bird Checklists of the World. SIB, Parques Nacionales, Argentina. SIB, Parques Nacionales, Argentina. Herbario estepa patagónica by Navetierra Pa. Uso del duraznillo (Croton ciliatoglandulifer Ortega) para el tratamiento de las verrugas de la piel. Tlahui - Medic No. 32, II/2011. Old man saltbush (Atriplex nummularia) Flora de Chubut. Native Patagonia Flowers and Where to Find Them. While Patagonia might be better known for its landscapes of pampas and mountains, the region is still rich in plant life. SIB, Parques Nacionales, Argentina.

The Patagonian Steppe. Cormorán Cuello Negro - eBird. Cormorán: Imperial - Roquero - Biguá. English for the Hotel Industry: What It Is and How to Learn It. PlayVisit. ESP - Michigan English Language Teaching. 9780472031795 monologues. Introduction to Hotel English, Part 3. English for Hotels and Tourism. How to Choose the Right Accommodation for Your Trip. What are the Different Accommodation Types Available for your Travels? Comparative and superlative adjectives. LISTENING - At a Hotel. Vocabulario en inglés de turismo para viajar por el mundo [Parte III] - Be Británico.